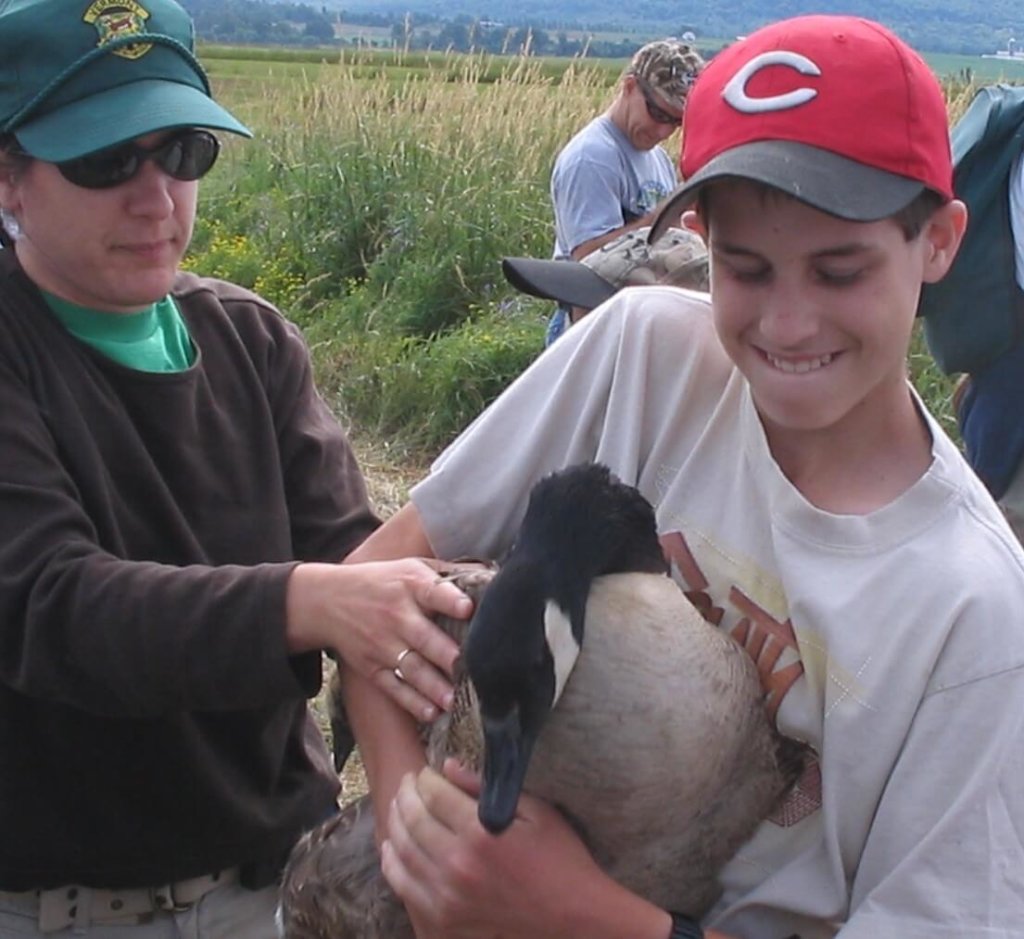 How do we manage the resident birds without negatively impacting the migratory birds that mingle with them during the goose seasons?

For many traditional outdoorsmen and women July can be a month of relaxing and enjoying summer’s bounty. But for some of us who are truly dedicated wildlife lovers, we want to give something back to the resource.
It is a fact that hunters and fisher-people contribute more to conservation than any other demographic. Hunters alone pay it forward in the amount of $796 million per year for habitat protection that has helped many game and non-game species from dwindling in population. A sterling example of this is the repopulation of the Eastern wild turkey, which was extinct in Vermont in the 1900s when most of the state had been overharvested for timber. Using hunter revenues, VT Fish and Wildlife purchased 30 birds from New York and Pennsylvania’s wild populations and seeded them in 1969 and 1970 in Pawlet and Hubbardton. Today the Fish and Wildlife Department estimates the population to be around 45,000-50,000 birds.

In case you haven’t been to a park or golf course in the last decade, you’ll also note that the population of nonmigratory Canada geese has exploded as well, unlike their migratory cousins from the North (known as the Atlantic Population), which are not doing so well. After several years of poor nesting conditions due to late spring melts, the AP brood banding counts have dropped from 3,000 to just 30 young birds in the 2018 survey, leading to calls from hunters and biologists to severely restrict hunting the AP migratory population, if not cancel the already shortened season. Lower bag limits, in this outdoorsman’s opinion, will not be enough to give these birds a chance to recover to their preferred management levels of 150,000.

Migration is triggered by lunar activity and daylight duration (days growing shorter) as well as weather patterns. By the science of the US Fish and Wildlife data, we can predict that 70 percent of the migrating flocks travel between Sept. 26 and Oct. 9.

Currently, the seasons are broken into two parts—the first being Sept. 1 to Sept. 25 to target the resident birds (whose population is overly abundant), the second being Oct .10 to Nov. 8 for resident and migratory birds still remaining in the Champlain Valley. The bag limit on the resident birds has recently been increased from five to eight, while the migratory/resident mixed populations limit has been reduced to two birds per day. This allows the 70 percent of the migratory birds to pass through the valley without pressure. Keep in mind that just because a daily bag limit is set at a certain allowed number, a daily limit of eight birds per hunter rarely occurs.

So, what can we do to help these majestic birds to thrive and still accept that mankind’s pursuit of hunting can be a significant management tool for the resource?

Well, to start, we can join Ducks Unlimited and/or Delta Waterfowl and attend meetings of the Fish and Wildlife Board’s public comment events. But if you really want to get your hands dirty and learn to love the wild spirits of these animals, you might want to join me and a host of others for the Annual Goose Round Up at Dead Creek Wildlife Area on Wednesday, July 3, at 8 a.m. This event, organized by David Sausville, the waterfowl biologist for VT Fish and Wildlife, and Amy Alfieri of Dead Creek Refuge, will corral a hundred or so birds that have molted and do not have flight feathers and gently sex and band them for tracking.

To join us please, call the VT Fish and Wildlife office in Essex and speak with a Tammy, a true customer service professional, at (802) 878-1564. Come join us and have a honkin’ good time helping our feathered friends!