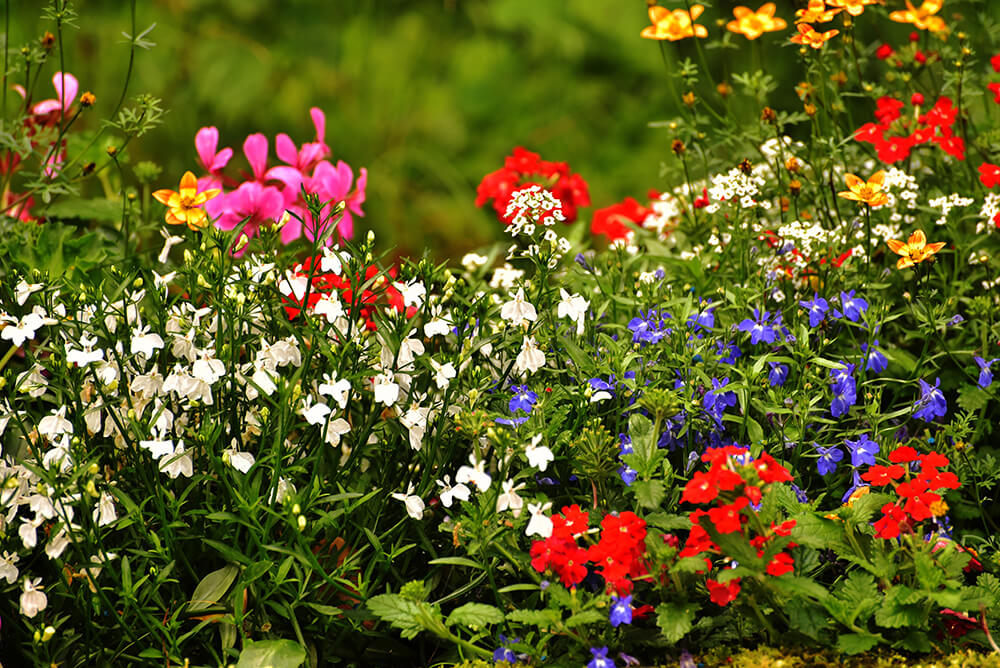 Having just completed the efforts of preparing the garden for hundreds of visitors (that is not a typo; we, along with other local gardeners, hosted hundreds of visitors for the recent Flynn Garden Tour), I am painfully aware of all that can go wrong, even when we are responsible and diligent planners. Having a year’s notice helps, and one would think that gives one a wide window to prepare. Well, stuff happens.

Yes, we agreed to participate back in the fall of ’17, giving us lots of time for dreaming and actual effort. First of all, a life-changing event happened as my husband, Dick, passed away in December. Though this brought new responsibilities for me, I was still good to go, with all winter and early spring to prepare.

Our tree trimmers were notified in the fall that we’d need some pruning and limbing-up once the snow was gone. This was accomplished and beautifully completed, including the removal of a dead pine tree. What we didn’t plan on was the spindly saplings, which were being held up by said pine, falling over in the first serious wind. And not only falling over but falling onto my vegetable garden, which had the best start it’s had in years. A two-week delay was now added to keeping the veggie beds weed-free and planted.

Then Mother Nature chimed in with 10 days of the hottest, driest weather in years. Some necessary outside watering had to be delayed because we needed a repair to irrigator lines due to extreme freezes last winter. Remember? This was finally accomplished. Those freezes also meant a few hardy stand-by plants didn’t make it through the winter. Holes would need fill-in—and a newly bought plant, though offering hope for future seasons, isn’t the same as an established perennial greeting us each summer.

Some disease symptoms showed up on the magnolias. A very pregnant chipmunk has devoured just about every tulip bulb I planted last fall.

I am not complaining, as these are definitely First World problems. I assumed other gardeners would understand the obstacles that are tossed in every gardener’s path.

Having had gardens of different sizes and ambitions for about 60 years, one learns how little control we actually have over the finished product. Did I say “finished”? Forget about that. The garden is never finished. I have already saved a few catalogs to peruse and order from… Wait ‘til you see next year’s garden!