Braver Angels has ignited a flare of hope in the country. Might its programs for helping citizens on opposite sides of the political spectrum talk with each other bridge the divide that separates us Americans one from the other? It’s a heady thought.

Formed in the turbulent times following the 2016 election of Donald Trump, Braver Angels grew amidst an undercurrent of ill-will punctuated by a series of more dramatic events among them a load of manure dumped outside Democratic headquarters in Lebanon, Ohio.

A year later, the nearby village of South Lebanon, about the size of our Charlotte, hosted Bill Doherty, a Minneapolis family therapist and a leader of what would become Braver Angels, who arrived in town, a modern day: “Have skills, will travel.”

Doherty’s goal in introducing a set of listening and speaking skills is not to change people’s minds, he is adamant on that point, but rather to know others as individuals with their own narratives, stories that allow us to understand why they hold the views they do and to express our own views without antagonizing them in return.

To do this he brings together strangers who pointedly disagree about political figures and the myriad issues that distinguish those across the political divide: gun regulation, abortion, police treatment of different racial groups, among others. 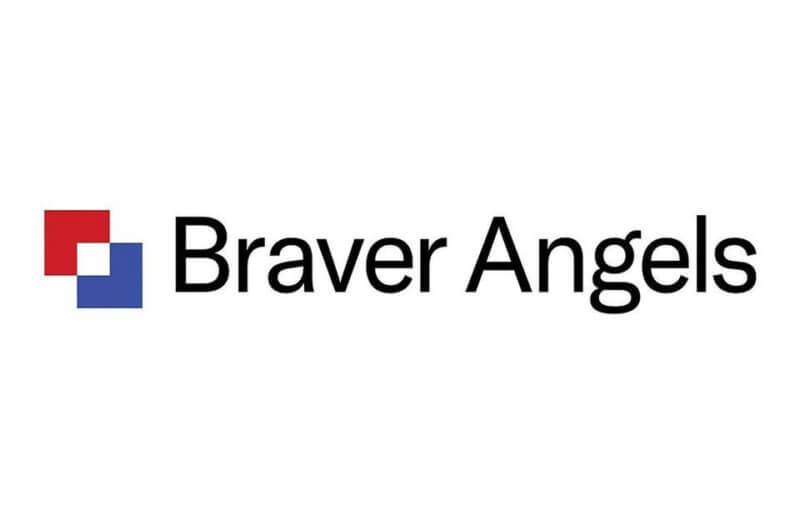 People gravitate to Doherty’s workshops in hopes of allowing family members to carry on political conversations with an opinionated uncle they might otherwise avoid, a son or daughter prone to stomping from the room, squelching the possibility of greater understanding through continuing communication.

Anecdotal evidence and eventually more systematic research demonstrate that through these experiences participants in Braver Angels skills workshops develop respect and empathy for the other that diminish hostility and allows people with sharp political differences to work together toward shared goals. More than 80 percent of participants in the Depolarizing Within workshops said they were able to express criticism of the other side without increasing polarization.

Locally, friends share stories of toxic family gatherings and a wish to better understand their neighbors, kept at arm’s length to avoid clashes around starkly different political views. No surprise … we tend to talk with people whose views are similar to our own and to wonder how others could possibly view the world so differently.

Could Braver Angels offer us something in Charlotte? Margaret Woodruff, director of the Charlotte Library agreed it just might, and together with Sandi Detwiler and Maria Wicker we hatched a plan for the library to offer a Braver Angels skills workshop this fall.

The Oct. 16 workshop Depolarizing Within is timely in light of the issues that have recently stirred up dissension in town … think health center, community center, affordable housing in East Charlotte, a proposed multi-lot subdivision on the west side of town. It is useful in view of the critical issues we face right now as a town: How much development do we want, of what type, where should it be located? What regulations are appropriate to accommodate development and also protect sensitive areas?

To these questions we add another: “How do we want to feel as friends and neighbors when all is said and done?”

That depends on how we get to where we’re going … the process we use, whether we’ve had opportunities to express ourselves, to be heard and to listen to those with different views. In short, will we believe that the decision-making was fair, even if the outcome was personally disappointing?

We know process is important. We’ve been talking about it in Charlotte. The planning commission and the selectboard are exploring the Community Heart and Soul participatory planning process as a structured way for Charlotters to come together to talk about issues facing the town outside of official town board meetings where citizens are meant only to address the board rather than talking with each other. Heart and Soul is a great start. How do we make the best use of it?

Enter Braver Angels. Talking openly with others requires us to hone the skills we need when we strongly disagree … to keep the conversation going when it’s easier to just blow up or simply hang up … to acknowledge what the other person has said, to clarify what that person really means, to agree if that’s possible, to disagree respectfully when it is not, to express one’s own perspective in a way that does not diminish the other.

Wouldn’t it be something if we could accomplish this in Charlotte?

Charlotte Grange joins the Charlotte Library in encouraging all who can to participate in the Oct. 16 Braver Angels workshop so together we can strengthen our skills for civil discourse. Watch for more information soon from the library about the workshop and how to register.