The aftermath of a disturbance, whether natural or human-caused, can be a very stressful time for forest stewards and forest lovers, leaving a forest seeming ugly, empty, hopeless. 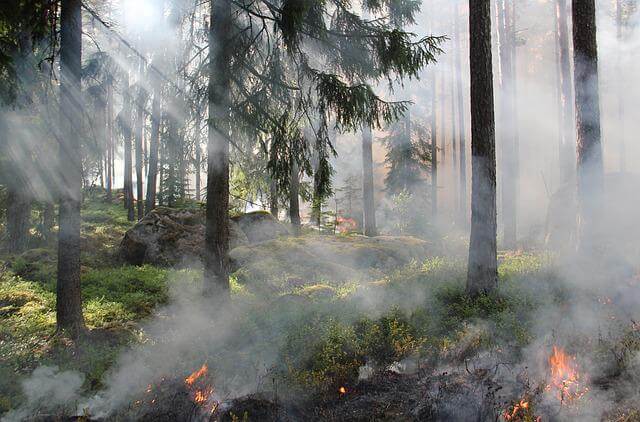 However, if we allow ourselves to look beyond the “mess” and to consider a more holistic understanding of what forests are and how they work, we can see that these moments are opportunities — chances for the forest to showcase the miracle of regeneration and the many benefits that come with it.

Forests are resilient. When light and space are made available in the forest, it is inevitably filled with regeneration: the growth of new trees and plants. Disturbances are more than something that forests endure. Ever since there have been forests, there have been fires, windstorms, ice storms, insect and disease outbreaks. Forests, and the thousands of species that comprise them, have adapted to these disturbances for thousands of years. As jarring as they may be to us, forests need disturbances; they are a critical part of how forests change over time, how they become diverse and complex, how they provide habitat for wildlife.

The miracle of regeneration is the evolutionary response of the forest community to a dynamic world. Light — the currency of the forest — is usually controlled by trees, their broad canopies casting the understory in shade. Through the death of trees, a disturbance allows some of this precious light to reach the forest floor, offering an opportunity for new trees to establish and to grow towards the riches of the canopy.

Trees are also adapted to a variety of other conditions — different tree species are competitive on different soil types and depths, on different slopes and aspects. Yellow birch and hemlock seedlings often grow on rotting “nurse logs,” or on the upturned roots of fallen trees. White pine seedlings colonize scarified (disturbed) soils, whereas sugar maple does best with a deep layer of decomposing leaves. Red oak and white ash establish advance regeneration — seedlings which may wait in the understory for a decade or more, ready to shoot upwards in the event of a disturbance. Cherries, raspberries and blackberries produce seeds that can remain viable but ungerminated in forest soils for decades, only sprouting following a disturbance.

While it is intuitive to think of regeneration as a means to an end — the process by which dead trees are replaced by living trees — the process itself has tremendous value to the forest community. As a forest regenerates, it passes through many different stages, each of which provides unique habitat, used by wildlife from the insectivorous birds that hunt in canopy gaps to the pollinators that visit the diversity of herbaceous plants in flower. Each step in this continuum of change is normal, natural and important to a wide range of living things.

Understanding the miracle of regeneration, and the benefits it brings, can change the way that we think about disturbances in the forest — whether it’s a windstorm or a forest management project. Forests are built on change: Every old growth forest was once a young forest and will be one again, and every tree in the woods is the legacy of the death of a tree, the memory of a disturbance.

While it is incredible to witness the resilience of a forest, how it responds to adversity with regeneration and renewal, this resilience isn’t limitless. The miracle of regeneration is threatened by invasive plants, pests and pathogens, by deer overpopulations, by climate change, by forest fragmentation and by deforestation. In this moment it is critical that we take action not just to protect forests but also to protect their ability to regenerate, to adapt, to change, to remake themselves for the world of the future.

(Ethan Tapper is the Chittenden County Forester for the Vermont Department of Forests, Parks and Recreation. See what he’s been up to, check out his YouTube channel, sign up for his eNews and read articles he’s written.)