What you need to know about COVID-19 testing

What you need to know about COVID-19 testing 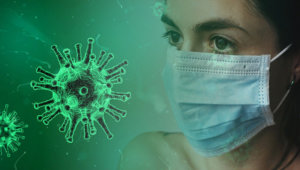 “Testing, contact tracing and isolation” is the new mantra for the COVID-19 age. Each is a critical part of the overall strategy to keep us safe as the economy opens and we begin again to circulate. Of the three, testing is the most poorly understood. Here are some things you should know about what these tests are, how they work and how they should be interpreted.

For example, a recent study from the Cleveland Clinic (not yet published) showed that one of the most commonly used rapid tests for SARS-CoV-2 virus, the cause of COVID-19, failed to detect approximately 15 percent of infected patients, while others detected between 96 and 100 percent. From the patient and provider prospective, a false negative test can have devastating consequences: health care providers may be unknowingly exposed to disease and patients may fail to get the timely care they require.

Multiple types of tests are currently widely in use
Diagnostic tests search for current infection with the virus while antibody, or serology, tests look for indirect evidence of previous infection.

The most common viral test requires a nasal swab from the back of the nasal passage or throat. The sample is either sent to an off-site laboratory or analyzed at the point of collection using a sophisticated portable device. Results are produced in a matter of minutes or hours depending on the device. A positive result means the tested person is currently infected; negative result implies the opposite. As of this week Vermont reported performing more than 29,000 diagnostic tests.

The second type of test, the antibody test, uses a blood sample to look not for the virus itself but for evidence of past infection. Antibodies are protein molecules made by the body’s immune system in response to infection. It can take four to seven days for the immune response to develop and be detectable. It is thought, but not yet known, that these same antibodies might provide some sort of immunity from future infection. A positive test simply means that you were likely infected at a point in the past and therefore may have some sort of future immunity. Over 170 manufacturers of antibody tests have applied for authorization by the Food and Drug Administration, but so far only a handful have received it.

There is actually a third type of test, the antigen test. These tests are just now being developed and evaluated. It also uses nasal swabs and detects proteins associated with a current infection. Potentially holding great promise as rapid, low-cost screening tests, antigen tests have not yet been shown to have acceptable false positive and false negative rates. However, this is likely to change with time (see sidebar).

Understanding testing and the natural history of the disease plays a role in its control
It may take up to 14 days for a person to develop symptoms once they are infected. During this pre-symptomatic period, a person may actively shed the virus, potentially infecting others. An estimated 35 percent of infected people may never develop symptoms but may still infect others. Viral tests are essential at this stage, while antibody testing is of little value.

As a rule of thumb, if someone tests negative and yet there is a high level of suspicion that the person is infected—they live with someone infected, have at least three of the seven symptoms—then the test should be repeated a couple of days later. It’s a good bet it was a false negative.

Testing and community control of COVID-19 is important
Vermont is indeed fortunate in having avoided the worst. Low population density and a strong proactive response from state leadership have produced dramatic results. But opening up the economy will mean more new cases. It’s inevitable. Active surveillance through testing and subsequent contact tracing and isolation can keep the number of new cases to a minimum. Early testing of suspected cases is a must, as the longer we let those infected circulate the more opportunities they have to infect others.

We also need an aggressive antibody testing program. Random samples from diverse population sectors allow tracking of the ebb and flow of the pandemic. One of the biggest failures to date is that these programs do not exist. We can only guess at the percentage of the Vermont population that has been infected. A reasonable guess is five percent. This means 95 percent of us are still vulnerable and must continue to engage in protective behaviors until such time as there is a vaccine, or herd immunity develops.

The market for tests has exploded
Currently there are at least 140 different manufacturers of COVID-19 tests. There are even two new in-home tests waiting for approval. The validation and vetting of these different tests is largely in the hands of the Food and Drug Administration (FDA) and the Centers for Disease Control and Prevention (CDC). Unfortunately, they have been slow to respond except through emergency use authorizations.

What does this mean for my family?
If you think you may have been infected and have even mild symptoms, you should call your health provider and be tested. Vermont is also now offering diagnostic testing for people with or without symptoms at pop-up sites around the state. However, since testing materials and equipment are still in relatively short supply it’s best to hold off being tested unless you have symptoms or believe you may have been exposed to someone who is infected. Antibody testing may also be available through your provider if you believe you may have had COVID-19 previously. Remember, however, that antibody tests may have high false negative rates.

The bottom line
Testing technology and availability are changing at lightning speed. Good, up-to-date information is available online. In the meantime, keep practicing distancing and the hand and face hygiene behaviors that got us this far.

This list does not include all possible symptoms. Other less common symptoms have been reported, including gastrointestinal symptoms like nausea, vomiting or diarrhea.

Further information on testing for SARS-CoV-2 virus
From the FDA (Frequently Asked Questions and serology test performance), from the CDC, and from the Vermont Department of Health (diagnostic testing ).

Additional information on SARS-CoV-2 virus testing is available from National Public Radio, from health.com, from the Mayo Clinic, and from the Vermont Department of Health.