Rayona Silverman at the plate against Burlington. Photo by Al Frey.

The Mets 50 years later
It was disheartening to say the least reading about former New York Mets’ pitcher Tom Seaver facing Alzheimer’s disease. Disheartening for a variety of reasons, medical and otherwise. Not the least of them was what he and the Mets did for the city of New York at a very trying time in that metropolis’s history.

It was also my first full year living as a New Yorker on the Lower East Side of Manhattan. I periodically hopped the subway to Shea Stadium in Flushing Meadows, Queens, to watch the Gil Hodges-directed Mets take on the rest of the National League. In their initial years the Mets were so new and so bad that you could buy a seat on the day of the game. And if you wanted a better vantage point, you could usually find an unoccupied one closer to the field.

Early history was not in the Mets’ favor, a fact that may have made their miracle run to the 1969 pennant more meaningful. It did not hurt, however, to have leading throwers like Seaver, Jerry Koosman, Nolan Ryan and Tug McGraw on the mound to head the charge. Other names that have stuck in my memory are Tommy Agee, Don Clendenon, Gary Gentry, Jerry Grote, Cleon Jones, Ed Kranepool, Ron Swoboda and Art Shamsky—I’m sure there are more Mets that my brain won’t process.

I had just been discharged from the Navy on the West Coast when a college friend lured me to the city. He was fresh out of business school and one of Mayor John Lindsay’s “bright young men,” so I learned much about the workings of government and the issues the city faced. I recently unearthed a column written by Pete Hamill that had appeared in the New York Post in September of 1969 titled “The News That Counts.” In almost poetic fashion, Hamill sums up the state of the city. “Don’t bother me about the cost of living,” he says. “I really don’t care whether John Lindsay is supporting Democrats, or whether the F train will be air-conditioned….Talk to me about Cleon Jones, and the drinks are on me. Compare Tom Seaver to Robin Roberts and we have something to talk about. Show me a picture of Ron Swoboda hitting a double with the bases loaded and I’ll look….If the Mets aren’t New York itself, I don’t know what is….Last year we got to one knee. Today, we’re up, and there ain’t anybody gonna put us down again. Get out of the way, and sing us no more sad songs. I’m going drinking. It’s September and the Mets are leading the league.” And that was the news that counted.

Seaver, I hope your Alzheimer’s doesn’t burn out your memory of that portion of your life. And Hamill, your writing still brings meaning to my life. That September in the city continues to resonate emotionally for me. Thank you, Mets.

Men Athletes of the Week from CVU
Votes from readers of the Burlington Free Press selected Redhawk lacrosse player James Bernicke as an Athlete of the Week for his hat trick against Middlebury followed by another hat trick with two assists against Cape Elizabeth, Maine. Storm Rushford also received the honor. While he pitches for CVU, his sports accomplishments are subordinate to his medical ones. A cancer survivor who did not play baseball last year and underwent chemotherapy, Storm has started strong as one of the leading players for the Redhawks. He led the undefeated Hawks with two strong mound appearances, striking out seven in a 14-0 opening day victory over Burlington, followed by a five-hitter on April 24, beating Colchester 7-1. Charlotte’s Gus Lunde helped Storm’s cause at the plate against BHS. 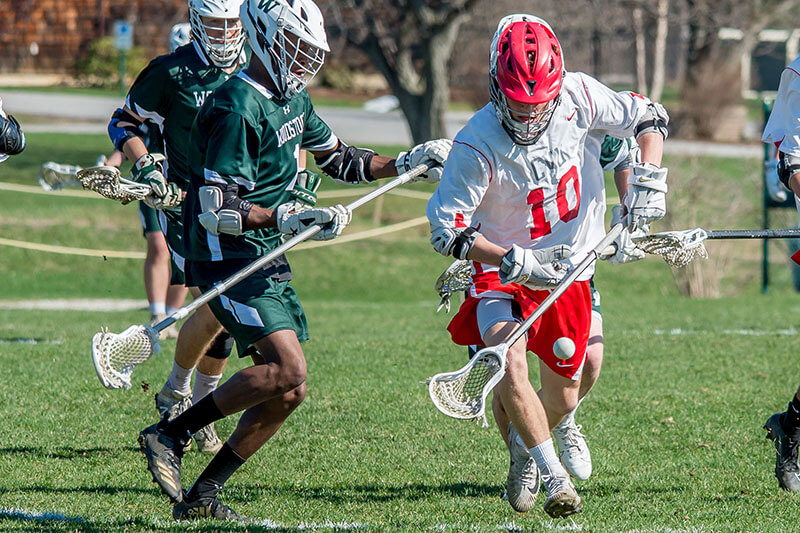 Men’s LAX hits the pitch running
Seven wins without a loss sets up the men’s lacrosse team for another state championship run. Make that a goal, not a given, however. An opening eight-game win streak has made them strong competition in their opponents’ eyes. Middies and attacks have maintained a strong Redhawk presence in the offensive end of the field, and, as usual in the team’s history, long sticks have not allowed the other team’s offense to stay around the CVU goal for numerous moves on the tender. Charlotters are playing at all positions except goal. Seth Boffa, Ben Wetzell, Max Gorman and co-captain Sam Sturim hold the midfield. Cole Boffa, Thomas Wright and Aidan Trus stand strong and high in the defensive zone, and Sean Gilliam pivots and moves on net as an attack. The Hawks’ closest game was in Maine, an 8-7 squeaker over Cape Elizabeth. Defense was shown to be key in that contest as CVU goalie Bobby Spencer was called upon for only five saves.

Women’s LAX starts slowly but picks up speed
After losing their first three games to Rice, South Burlington and Burr and Burton, the women came back with a 17-11 win over Middlebury and a 19-8 victory over Burlington. Thirty-six goals in two games show an offense that is gaining confidence and shooting accurately. Shortage of penalties and strong defense keeps the opponents off guard as well.

Tennis tests wet courts
Watching high school tennis on the nightly TV news not too long ago, one couldn’t have helped but notice snow that had been scraped off the court and piled just beyond the fence. Starting this sport in early spring is a tough business.

South Burlington fell to CVU women 4-3 April 17, and the men beat St. Johnsbury the day before by the same single point. The victories required two singles wins and a couple from the doubles teams. The men’s number four and five singles players did in their St. Jay counterparts, and the women’s two and three singles players won their matches, while both doubles team victories in the two contests carried the Hawks to team wins overall.