Water, water everywhere… and nowhere, plus an idea

Water, water everywhere… and nowhere, plus an idea 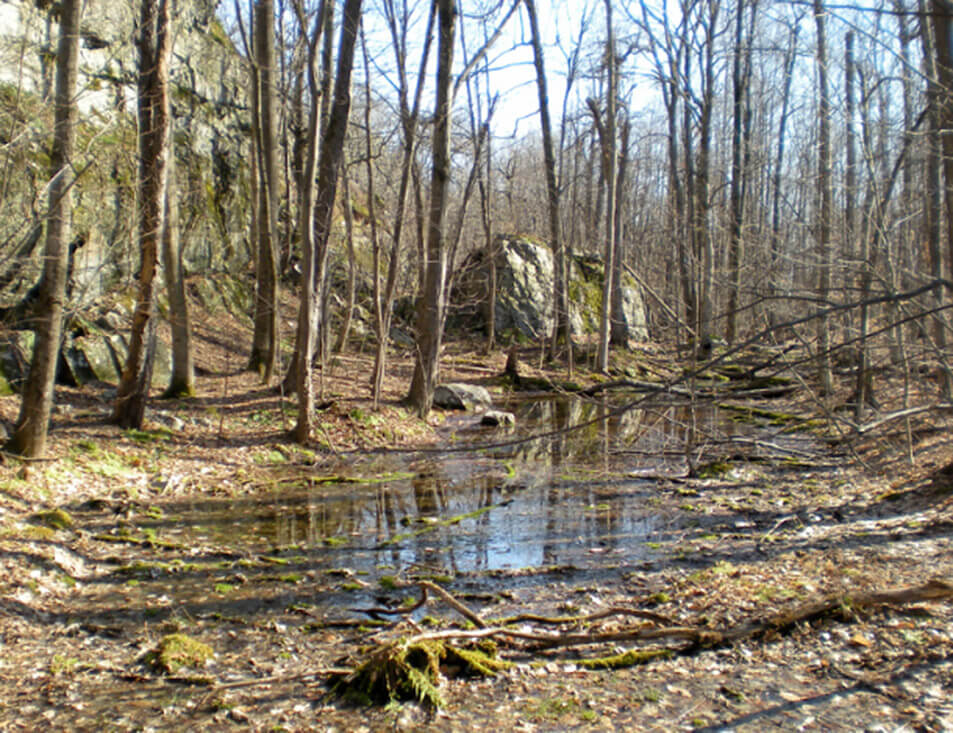 I recently spotted something remarkable at the Denver Botanic Garden: an atmospheric water harvester. What, you say?

Denver receives from eight to 15 inches of rain in an average year; Vermont about 37. (For the record, Colorado experiences 300 or more days of sunshine each year while Vermont averages about half that number.)

The solar-powered water harvester absorbs and condenses water out of the dry, near-desert air. A kitchen-table-sized panel produces about one gallon of potable water each day. Zero Mass Water, which sells the harvester, claims on its website: No pipe input. No electrical input. No infrastructure. Up to a case of drinking water generated per day from a pair of panels.

If Charlotters were to list their concerns, running out of drinking water would likely not figure in the top 10. In many western states, however, discussions and disputes about water dominate the media, government planning and the courts.

Eighty percent of Colorado’s precipitation falls on the western half of the state, while 85 percent of the population lives east of the Rockies. Several major reservoir, dam, and tunnel systems deliver water to the populous Front Range cities of Fort Collins, Denver, Colorado Springs and Pueblo. One such water-moving network, the Frying Pan-Arkansas Project, collects snowmelt from the western flank of the mountains, thus diverting water that would otherwise flow into the Colorado River. The Fry-Ark quenches the thirst and agricultural needs of the southeastern quadrant of Colorado and includes six large dams, 16 small dams, four canals, 27 miles of tunnels and 282 miles of conduits. The project was authorized by President Kennedy and took nearly 20 years to build. The average user of its water does not even know it exists, and it’s likely that American taxpayers are unaware that their largesse funded it.

Warmer weather, reduced snowpack and a growing population are putting Colorado on a collision course with other users of water from the Colorado River. More than 36 million people depend on the Colorado for their water, from California’s Imperial Valley, which grows half the produce consumed in this country, to cities that include Salt Lake City, Albuquerque, Tucson, Phoenix, Las Vegas, Los Angeles and San Diego.

Wars have been attributed to religion, often a stand-in for socio-economic disparities, and oil. With population growth and climate change exacerbating historic trends, water is becoming the scarce resource over which mankind will struggle for the foreseeable future. The next time your well pump fizzles in the dead of winter, take a deep breath and be grateful for our water.

The idea
If you enjoy being in the outdoors, and perhaps yearn for an excuse to spend more time there, consider enlisting as a citizen scientist to help monitor our state’s natural resources. Every day Vermonters are observing, counting, documenting and mapping birds, butterflies, vernal pools, loons and more. For those who prefer not to use sunscreen or bug dope, record keeping can be done from the comfort and convenience of home.

The nonprofit Vermont Center for Ecostudies in Norwich, serves as a clearinghouse for a range of projects:

Consider vernal pools, seasonal wetlands that fill with snowmelt and spring rains and are often dry by midsummer. By enlisting as mappers, volunteers search for vernal ponds that have been spotted from the air and verify their existence. Monitors “adopt” a pool that they assess, evaluate and record over time.

Monitors may enumerate egg masses of salamanders, fairy shrimp, frogs, dragonflies and freshwater snails. These ephemeral bodies of water serve as breeding habitats and often as “bridges,” providing connectivity between permanent wetlands. With no flowing water they are peaceful places to enjoy being in the outdoors.

Follow your interests into the fresh air. Your rewards will be great!