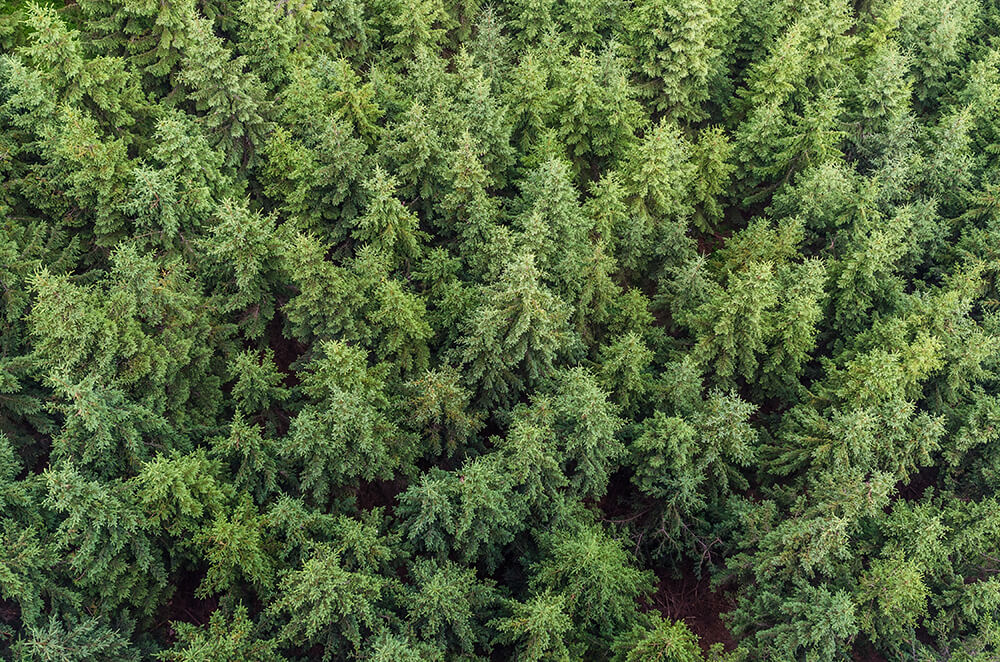 Throughout Vermont, people interested in our environment are increasingly concerned about the health of our forests and the current development trends. People come here to visit or to settle down, largely because of the magnificent mountains and pastoral scenes that surround our highways and towns, and, of course, because of the people. But are we loving our land too much? As people move here and more homes and businesses sprout up, they are nudging back the very things that we all love about Vermont: the great expanses of forests on majestic mountains, cows grazing in green pastures, lakes and babbling streams.

We have all witnessed the continued spread of housing developments in Chittenden County along the major north-south roads and beyond. People with abundant resources are buying larger pieces of pasture, forest and wetland farther from town centers, where they build large or multiple homes with extensive lawns (ecological deserts) and gardens; then they move in with children, dogs, cats, horses. With more people come more roads, schools, businesses and shopping plazas.

Each new construction on what was pasture or forested land is an intrusion into undeveloped territory, a fragmentation—a breaking up—of the previously undisturbed forests so important for our very survival: for the clean air that is purified as it passes through the foliage, the clean water that is absorbed by and filtered through the sponge-like forest soils that are held in place by the trees, preventing that water from careening down hill and into our streams after each heavy downpour.

The millions of trees hold vast amounts of CO2, one of the main gases affecting global warming. Destroying or burning these trees releases that CO2 into the atmosphere, adding to the warming effects of many other effluents. Without the trees and absorbent soils to soak up the water, it would flow downhill much faster, carrying away soil particles that are lost to the mountain into the streams and eventually depositing them in the lakes where they don’t belong. We have all seen viscous, muddy water flowing downstream and into lakes, robbing soils farther uphill of those valuable nutrients. Developers work hard to prevent this kind of erosion, but it still happens wherever soils have been disturbed.

Each new development casts a wide spell into the surrounding area, well past the mowed lawns and property lines, causing the larger native animals that have lived there for generations to slip away, unnoticed by the builders and new owners. Bear, bobcat, fisher, bald eagle and peregrine falcon, for example, retreat from what has been their homelands, probably failing to reproduce that season or perhaps ever again unless or until they find other territory unoccupied by others of their species. Like those larger animals, the forest-dwelling song birds dependent on large tracts of undisturbed forest—such as the wood warblers, the Blackburnian, black-throated green warbler and the Cerulean warbler, whose population is in free fall— must also withdraw from all civilized areas. As the area suitable for these very wild animals decreases, the populations of those animals also decreases. Coyotes, bears, and bobcats require large areas to roam, find food and raise their young; they may cross but will not linger in the smaller woodlands.

In Charlotte, each person planning to build a house must start with at least five acres of land for each house. While this system has led to low-density development and retained the rural landscape, it has led to rapid fragmentation. Each house in the middle of a five-acre lot leaves little room for much wildlife, except the animals that are adapted to live close to human settlements, those we see most often.

By contrast, cluster zoning, where houses are built closer together even while adhering to five acres per house, allows for the same number of houses on a large lot, but by building closer together a large section of the property is saved for recreation and for wildlife. The Champlain Valley Cohousing community off Greenbush Road, for example, plans to have 26 houses on 125 acres. (One extra house is allowed because two units are “affordable.”) All 26 houses and attached units surround a green, and all of them plus a chicken coop and small pasture occupy only 10 acres. The individual lots are small, well under a half-acre each, but all residents share the remaining 110 acres of pasture and woodlands, now with an extensive network of trails, several gardens, a flock of 30 chickens and a few goats. Between the cohousing model and the current Charlotte system are many possibilities well worth considering.

Beyond the aesthetics of unspoiled landscapes, forests are essential to a healthy environment.

We can all witness that the vistas we cherish are slowly changing as houses and new roads creep up the hillsides and into the green valleys once dotted with sheep and cows. We probably agree that a few more houses would be okay, but how many?

Is unchecked development in Vermont what we want? Probably not, but changing the current enthusiasm for building houses in undeveloped areas presents formidable challenges. Most developers thrive in this usually lucrative business, and others, perhaps eager to move to Vermont, may not understand the full implications of what they plan to do and how their plans will affect the whole. Changing our system may require that people begin to recognize the value of the unbroken or less fragmented landscape for the good of all and alter their priorities in consideration for the bigger picture. And in time we might re-examine and perhaps alter legislation at the town or state level. But that’s not likely in the near future.