Hops farm and climate concern letters to the editor

Hops farm and climate concern letters to the editor 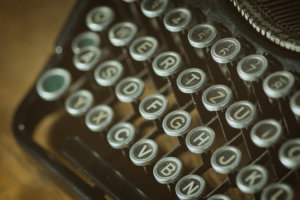 “Reintroducing a historical crop” to Vermont, supporting the growth of even more locally produced ingredients to our world class beer industry, is extremely exciting, and I would love to support it. There are particular concerns, however, about the siting of this Mt Philo Hops farm:

1. While John Bethune comments that hops are a very low impact crop, “not smelly like cow manure,” Heather Darby, lead researcher on growing hops in Vermont state, said “One of the primary reasons hops aren’t grown in Vermont are the pests. It is a crop that requires a lot of management; it’s not like growing corn or soybeans.”

Manure and even pesticides to protect corn and hay crops are typically applied only a few times each year. Hops, however, require intensive and frequent (every one-to-two weeks) application of chemicals. These chemicals are irritants to skin and the respiratory system of humans and animals. Copper fungicides do not dissipate in the soil but rather accumulate over time. Mt. Philo Hops is sited between two neighborhoods, which includes young children who wait by the farm for the school bus, playing and riding their bikes along the farm daily. Many neighbors have their wells on this property; there are concerns about well contamination from the chemical load.

2. Directly bordering this hops operation are two organic farms. Like the potential hops operation, they too provide value-added products from their farm, including wheat, honey and animal meats, in addition to maintaining the scenic views and vistas of this “most scenic road.” What effect will all these chemicals have on the health of their bees, and on the organic status of their crops and soils that they have worked years to maintain? What about the waters of the hops operation which will drain into Thorpe Brooke? What is the effect of such an enormous increase in the pesticide load to the aquatic life there, the hawks and osprey on the property and the animals they eat?

3. While Elise Annes of Vermont Land Trust states that conservation does not protect views, the Town of Charlotte, in every decision for at least the past 20 years, has protected this most scenic view from Mt. Philo. It is a particular view not just treasured by the neighbors of the hops operation but the entirety of Charlotte and visitors to Mt. Philo at the top.

While for a couple months of the year, when the hops are at their full height, the hops yard may appear like a huge forest, for most of the year, about 1300, 18-foot poles connected vertically and horizontally with wiring will look like three large industrial parks. You might look online to view hops yards in winter or when the hops are young or dormant. This might be farming, but in this viewscape, it is tragic.

These are just a few of the concerns. I haven’t even talked about the potential effect of the hops farm’s huge need for water (over a half-million gallons per week in a dry season) on the neighboring farms and wells.

While farming should be protected in Vermont and the growth of business should be encouraged, the health of our children and the livelihoods of already established well-producing farms should also be protected.

The neighborhoods of Big Oak and Palmer Lane, as well as our neighbors on East Thompson Point Road would like to respond the article “Mt. Philo Hops Farm Sparks Debate” in the July 26 issue of The News.

Our main concerns with the industrial hops yard is not the marring of the bucolic view that we, visitors to Mt. Philo and anyone who travels East Thompson Point Road now enjoy. Rather it is the obvious lack of planning that has gone into this endeavor, the fact that our already low producing wells could be adversely affected and, most worrisome of all, the chronic exposure to chemicals that our families, gardens, pets and farms will be subject to because of the need for spraying to keep this hops yard viable.

The article stated that “…any worry about straining the water table or use of pesticides is mostly moot, since the land in question was already being used for hay and corn production.”

Comparing a hay and corn field to an industrial hops yard is comparing apples to walnuts. The corn and hay that have traditionally been planted on these parcels do not require even a fraction of the amount of water that hops do. UVM Extension hops research shows that hops need 16–20 gallons of water per plant per week. That equates to 700,000 gallons per week needed for 35 acres of hops. Thus far the owners have dug two 6,000 gallon retaining ponds and put in titling. This means that the hops yard will need to find additional water, which will require pulling from the ground water, thus impacting already low-flow wells. In addition, hay is not chemically treated, and corn is sprayed perhaps once a year. Hops, however, require spraying at least 20 times a season.

Regulations state that the pesticides used have restricted entry intervals for the workers to go back into the fields, anywhere from four hours to a week. Given that the owners of the hops yard do not know what kind of chemicals or even plants they plan to use, we have no idea how bad the exposure could be. We do know that the hops plants will be 18 feet in height, thus requiring a blast sprayer more akin to an orchard operation than a corn field. A study out of Mississippi has found that when pesticide application boom height was increased from 18 inches to 36 inches it resulted in a 350 percent increase in pesticide drift at 90 feet away. Given the hops will be six times the height of the study and the close proximity of homes and farms, exposure to these chemicals is guaranteed.

There seems to be no thought-out plan on the part of Mt. Philo Hops. Rather they are “planning on-the go” in a reactive way and moving forward with infrastructure without planning for the full build-out. It was concerned neighbors, not Mt. Philo Hops, who initiated contact over this project. Furthermore, the more we look into the town rules, documents regulating the conservation easement and various other sources, we have found that Mr. Briggs has not followed the necessary procedures on more than one occasion. It seems that he is of the mind set to act first and then ask for forgiveness later.

This is not a case of NIMBY. None of the parties concerned are anti-farming. This, however, is not a simple farm. It is an industrial hops yard that is greatly at odds with our town plan, which states the need for the compatibility of agriculture operations with residential, scenic resource, and water quality. This is a case of uncharted territory in terms of our agriculture laws and regulations; it is a case of preserving existing farms and making sure that homes do not become uninhabitable because our wells go dry.

Most important it is a case of protecting our children, ourselves and our environment from chronic exposure to harmful chemicals.

As members of VPIRG (Vermont Public Interest Research Group), we had the good fortune of seeing the early showing of Al Gore’s second documentary about climate change, An Inconvenient Sequel, at the Majestic 10 in Williston. The movie was hopeful despite the alarming statistics. Al Gore has been speaking out about climate change since his days as a freshman congressman in 1976 and beyond his eight years as vice president of the United States. He continues to be a centerpiece in the movement, receiving the Nobel Peace Prize for his work in 2007.

The movie re-inspired my conviction that we must find ways to reduce our carbon footprint, despite the new roadblocks from our political systems. I want our historically progressive little state to work its magic in ending our dependence on fossil fuels. I think that putting a price on carbon pollution through taxes is a good idea because most of us want to be rid of dirty fossil fuels in exchange for affordable clean energy. Money from this tax can be used to lower other taxes or to invest in renewable energy systems for households, businesses and public buildings/transportation systems.

Personally, each time I see a solar or wind farm I feel inspired that we are one (albeit tiny) step closer to a carbon-neutral world. I think as a culture it’s important that we begin to see the site of wind and solar arrays as something we appreciate on the landscape because of what it is harvesting on our behalf, not as an eyesore.

Can solar panels be placed on the roofs of the big box stores in Williston? Can we create solar panels on stilts that can reside in parking lots? Can we partner with farmers and place solar panels in sheep pastures, providing shade that the animals appreciate in the heat of summer and electricity for us humans?

I appreciate and applaud those who are moving effective carbon reduction forward in Vermont. I applaud Vermont’s industries that strive toward implementing strong clean-energy standards. For the sake of my grandchildren, I hope our state will be a model by striving to become 100 percent renewable, like our largest city, Burlington, became the first in the country to use 100 percent renewable energy for its residents’ electricity needs. The movie, An Inconvenient Sequel, reminded me that this is absolutely possible. I hope you’ll see it when it shows at the Roxy in Burlington.