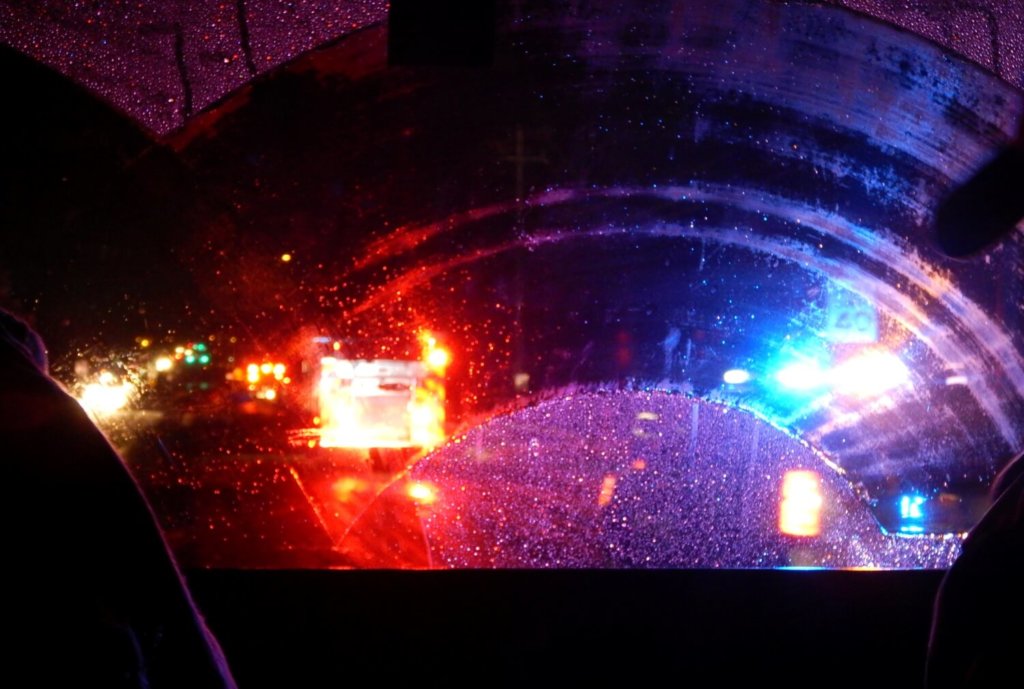 Photo courtesy of Lee Krohn of the Shelburne Volunteer Fire Department who arrived on scene as Green Mountain Power clears branches from a power line along Shelburne Road on Jan. 24.

Ice wreaked havoc across Chittenden County last night including downed power lines in Shelburne and a 13-vehicle pileup on Interstate 89 at exit 13. Numerous crashes took place between 4:30 p.m. and 10:00 p.m. on Jan 24.

Road conditions were poor on I-89, northbound and southbound, south of exit 13, police said. Seven vehicles traveling northbound encountered ice and collided with each other prior to coming to a stop in the roadway around 7 p.m. A tractor trailer truck approached the pileup and was unable to stop as well, subsequently colliding with two other vehicles. Other vehicles approaching the scene also slid into each other causing both northbound lanes of travel to be blocked until about 9:30 p.m., police said. Deteriorated road conditions also lead to two other crashes on the southbound side of the interstate in the same area.

Vermont State Police are still working on vetting out the specific details of these crashes and will release more information when it becomes available. Only one minor injury was reported in the incidences, police said.