The phrase, “The early bird catches the worm,” as defined by Dictionary.com, highlights “One who arrives first has the best chance for success.” Similarly, applying to colleges by the early deadlines can provide distinct advantages for students who are prepared to seize the opportunity. There are often three application deadlines: Early Decision (ED), around Nov. 1, with a binding commitment with decisions around Dec. 15; Early Action (EA), around Nov. 1, non-binding option with notification typically starting in December; and Regular Decision (Regular), around Jan. 1, with the typical deadline to hear by April 1. With many colleges receiving a record number of applications, Forbes magazine highlights five trends that could give early applicants an advantage. 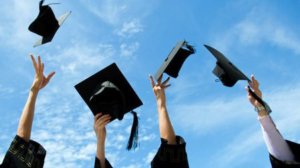 First, Forbes encourages “authenticity and resilience as prized traits for applicants.” Authenticity is reinforced when a student extends their talents outside of academics or athletics. Resilience is shown when a student overcomes obstacles while sharing their passion with others. For instance, if a student loves skiing, working on ski patrol or volunteering for middle school ski programs are everyday activities that can bring a student’s skills to life and make a difference. Colleges are building communities, where an applicant can emphasize their potential future contribution to the college campus.

Second, with COVID cancelling or limiting standardized test center availability, there is a trend toward test-optional admissions. However, Forbes describes this trend as “optional but preferred.” For example, with last year’s class of 2025, Georgetown University reported a 30 percent increase in applications with a 12 percent acceptance rate, the lowest in Georgetown’s history. In considering scores as part of the Georgetown application review process, more than 80 percent of candidates included scores, and nearly 90 percent of those accepted submitted scores.

Standardized testing is just one element of the Common Application. Colleges can compare a student’s GPA with SAT, ACT and AP scores to see if they are congruent. Since many high school juniors took the PSAT this October, analyzing the test results can highlight subjects to practice and future classes to take. Testing can indicate college classroom preparedness.

Fourth, Forbes is predicting that more international students will consider applying to U.S. universities and be returning to campus. The Migration Policy Institute reports that in 2021 the share of all global students enrolled in U.S. higher education continues to increase: 1980-2010: around three percent; 2010-2015: around five percent; and 2015-2020: to nearly six percent or 1.1 million students. This November, the Wall Street Journal reports a four percent increase in 2021-22 international student enrollment.

Finally, the fifth trend is more students taking a gap year before college, according to Forbes. Each college has specific gap year policies to evaluate. The pandemic became a catalyst to reconsider the composition and pathway of education. With online and hybrid learning, along with increasing costs of college, some students choose to defer admissions for a year of work, community service, advocacy and various interests.

Colleges have identified students taking a gap year as a category when composing the freshman class. For example, this October, The Dartmouth newspaper published a student’s opinion piece describing the class of 2025: “… of course, there are the gap year kids. For me, my year of adventures was incredible, but also virtually incomparable to the experiences of any other gap year student. Some worked on farms in Hawaii… and many completed fascinating internships at a wide variety of top-notch companies….” Thus, there is not just one direct timeline to college. The route toward higher education can include many learning experiences.

Collectively, all five of these trends are elements that colleges factor in when evaluating the increasing number of candidates for limited spots. With college Early Decision and Early Action notifications starting in December, many admitted students have incorporated these five trends to receive that coveted early acceptance letter. It is never too early to plan ahead to become one of the early birds and catch a well-earned winter break!

Margo Bartsch founded College Essay Coach, a full-service college admission business, and has been an adjunct professor in business at Champlain College and at Middlebury College.