Wendy Pelletier: Bringing her own expertise to the Planning and Zoning Department

Wendy Pelletier: Bringing her own expertise to the Planning and Zoning Department

There are times when Charlotte Zoning Administrator Wendy Pelletier could easily sit at the other side of the table, providing input to a developer on engineering specifications, but that’s no longer her job. Pelletier has a B.S. in civil engineering and a master’s in structural engineering. She took early retirement from VTrans when her office was moved from Montpelier to Barre, but when she saw the posting for zoning administrator she decided to apply. “I’m calling this my semi-retirement job,” Pelletier said. “I was home during Covid and I was bored. I’m used to a fast-paced work environment, and this looked like it was somewhat related to my background without the stress of multimillion-dollar project management.” Pelletier lived in Hinesburg for several years and was familiar with Charlotte. She started work in late May. “This is a really pleasant group of people to work with,” she said. Pelletier admits to a certain degree of naiveté regarding the complications of the job, but said she is up to the task.

“For the most part, people are very nice,” she said. “We deal with everyone carefully and respectfully.”

Pelletier appreciates that her work day is never slow. “It’s interesting,” she said, “and I’m certainly never bored. I was familiar with the eastern part of town, but now I’m learning about areas I never got to explore previously, like Cedar Beach and Thompson’s Point, and that’s a lot of fun.” Pelletier is pleased with the way the town’s land use regulations are written. “I’ve read some other regulations,” she said, “and these are written in a fairly friendly style so you don’t need to be an attorney to understand them.” 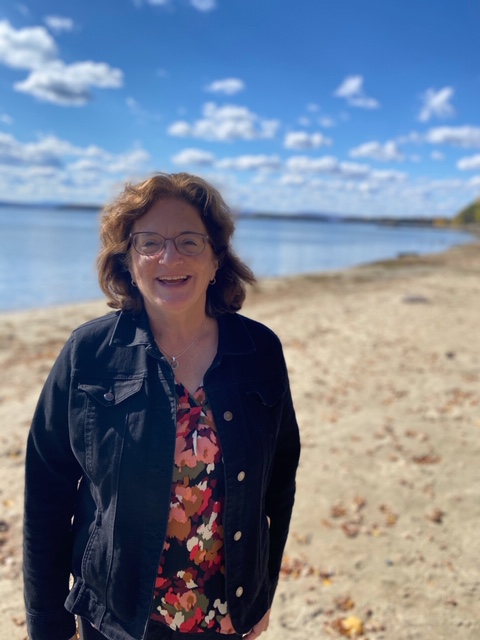 When Pelletier took over the job there was a bit of a backlog, but she believes they are now caught up. She respects the fact that Charlotte residents are very involved in their community. “I like meeting new people,” she said, “and most of them are excited about projects and happy to get some guidance.” Pelletier noted that residents come from diverse backgrounds, and she believes she can have constructive discussions with people who see things from different viewpoints.

She may be an engineer, but Pelletier also has an artistic side. “I’m a Gemini,” she said. “I dabble in a lot of things.” Pelletier’s art runs the gamut from photography to watercolors, acrylics, stained glass and ceramics. “I don’t stay in one genre,” she said. “I come back to different forms of art.” Pelletier has been busy lately, having just moved her mother from Pennsylvania to an assisted living facility in Vermont, but before that she had been working on some acrylic paintings.

Originally from the Pittsburgh area, Pelletier met her husband, Mike, when they were both working for IBM outside Washington, D.C. A native of southern New Hampshire, Mike wasn’t happy in Virginia, so after the couple married they transferred to Vermont and moved here in 1989. Mike is the university engineer for UVM’s physical plant. Their son Robert, 30, is a mechanical engineer with the Navy. “He has top secret clearance so we don’t really know what he does,” Pelletier said. Their daughter Katie, 27, teleworks for a British company from Newport, Rhode Island. She is the outlier with her career in business and marketing, but the family always teases her when she says or does something that suggests an inner engineer. Although the couple loves dogs, they want to wait until they have more free time before they adopt one. In the meantime, they share their house with two cats.

In college, Pelletier took part in what is considered a rite of passage for civil engineers: building a concrete canoe. The dearth of female students meant that, despite Pelletier’s professed lack of swimming talent, she was one of those assigned to paddle the women’s boat in a race sponsored by the American Society of Civil Engineers. “I managed to do okay,” she said,“but the boat sank in the next race with our professors in it.”

Pelletier wants to make sure she wears the proper hat when she sits at Town Hall. “I’m sensitive about not telling people what to do from an engineering standpoint,” she said. “I’m trying to rein that in. It’s a blessing and a curse because it’s hard when I know things and can’t share them because it’s not appropriate. It’s something I have to be careful about.”