Tim Wall: Living in the fast and slow lanes at once

Tim Wall: Living in the fast and slow lanes at once

Tim Wall has found a balance in his life with one foot in the slow lane of his Three Chimney Farm and the other in the fast-paced investment world with Burlington-based Hula. For a while, the farm was a bigger focus in Wall’s life, but these days it is taking a back seat to his investment work. 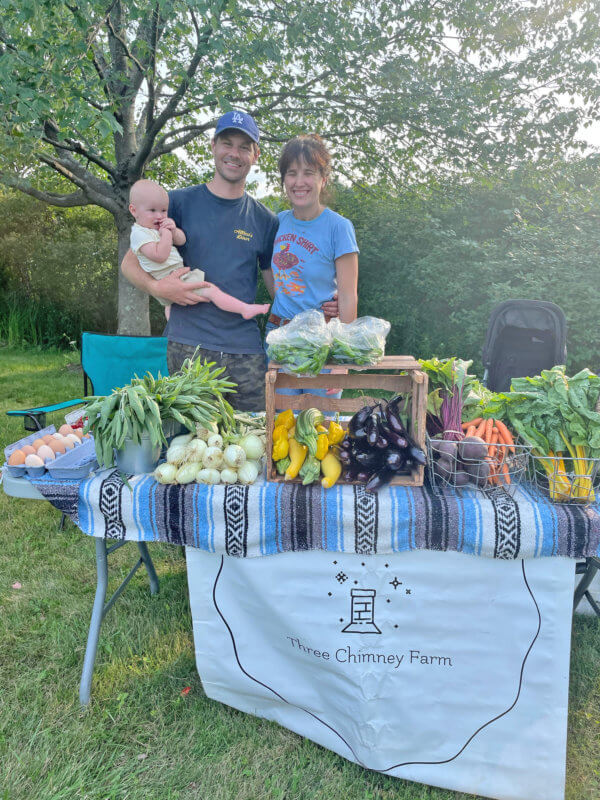 Wall grew up in Los Angeles with an entrepreneurial father who was involved in multiple start-up companies. Wanting to do something different, he spent a year at the Mountain School in Vershire. “I was exposed to an unplugged lifestyle,” he said “living in harmony with the land.” Wall finished high school in L.A., but he returned to Vermont for a degree in environmental studies and horticulture at UVM.

Following college, Wall returned to L.A., but his job at an organic seed company was not what he expected. “I was wearing steel-toed boots, driving forklifts, working in a huge warehouse and being totally disconnected from the land,” he said. Wall’s father invited him to join a start-up subscription e-commerce business called YBUY. He enjoyed the work but left when the company changed direction.

Deciding to try the slow lane once more, Wall went back to school to study herbalism and Chinese medicine, but he ultimately decided the program wasn’t for him. Back in the fast lane, he worked for a Finnish advertising technology company called Kiosked. “We opened offices in L.A., New York and London,” he said. “I spent four years flying all over the world.” Through Kiosked, Wall found a small publishing company called AdRizers and joined them as their third partner.

Wall and his wife, Danielle, thought about moving from L.A. to the Pacific Northwest, but a trip to Maine for a wedding started with a flight to Burlington and the couple fell in love with Vermont all over again. Danielle was in a pre-med, post-baccalaureate program at the time and she applied and was accepted to the Larmer College of Medicine at UVM. In 2016, the couple purchased a home with seven acres in Charlotte where Wall rekindled his love of the land. Harrison Greene of Propagate Ventures planted 230 fruit and nut trees on the property, and Wall put in a garden big enough to feed the family all year, also growing wheat which he threshed and milled at home. “We ate what we grew,” he said, “from seed to loaf.”

With thirty 4×50 beds, Wall grows a little bit of everything. “If you can grow it in Vermont, I’m probably growing it,” he said. He hired someone to help him with the farm. Since there was more food than his family could eat, they built a website to sell produce online. Wall developed partnerships with breweries and Burlington co-working spaces to sell produce at their locations and also worked with restaurants like Pauline’s and the Shelburne Tap House.

The pandemic changed everything, so in 2020, Wall switched to what he described as a “super-flexible CSA model.” For roughly $35 a week, customers got door-to-door delivery of produce. “It was 24 weeks and you could join at any point in the season and pause it or skip a week,” he said. At its busiest, Three Chimney Farm was delivering to 60 families.

Last August, Danielle gave birth to their son, Otis, who helped bring on more changes. Wall’s farm manager left, and he started a new job in the fast lane. “I began working with a Burlington investment group called Hula,” he said. “We invest in data technology.” Wall enjoys being on the ground floor of another start-up so he is spending less time on the farm. “Farming is a passion project,” he said. “I still grow a ton of food.” Much of that food is now being given away to the Pathways Vermont Community Center and Soteria House in the Old North End. Wall has served on the Pathways board of directors for the last four years.

Wall is happy to have found balance between his two worlds. “Right now it’s super harmonious,” he said. Wall grows more food than he and Pathways need so he is hoping to find more places to donate extra produce. “I don’t want to get back into selling things because it’s a lot of work,” he said “but, despite the fact that I didn’t know how to farm when I started, I’ve got a good setup. My farming keeps my hands in the ground.”