Happy New Year, Readers! I hope you made it through the transition healthy and intact and that this year will bring peace, harmony, much needed national stability, and some more snow would be nice, too. 2021. I’m ready. I really am. 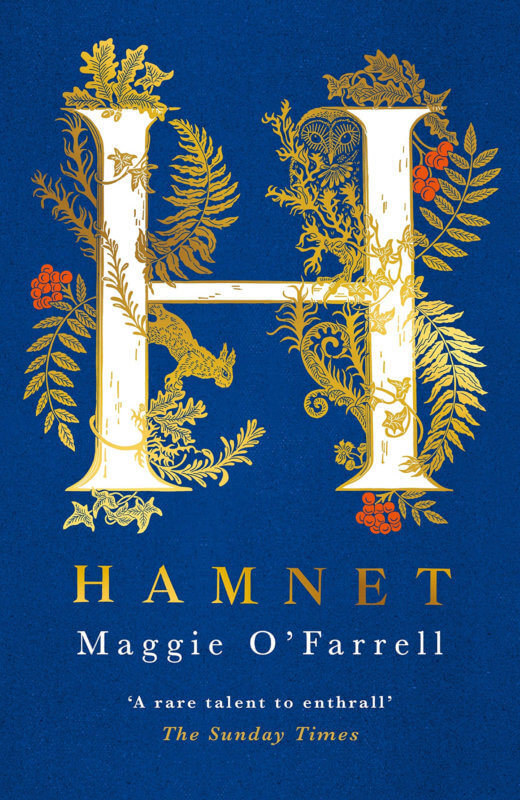 I have read some good books since you last heard from me. One of the best, if not the best book I read all year was Maggie O’Farrell’s Hamnet. Riveting and beautifully written, I savored every word, every sentence. Set in 1580s England, a young man forced to pay off his tempestuous father’s loans by teaching Latin to a handful of kids at a neighboring farmhouse catches a glimpse of a woman through the window.

This woman, he sees, has something wild about her. She carries something strange on her gloved hand, something which upon closer inspection turns out to be a falcon, which turns out to be her falcon, given to her by a local priest, lovingly kept in an apple shed with a hood over its head. The young man is fascinated by this rather disheveled female creature calmly bearing a bird of prey, and he seeks her out. Turns out her name is Agnes (pronounced Ann-yis) and she is not a servant, as he had assumed, but a member of the family for whom he is working as a Latin teacher. Which makes things tricky, of course.

But, hold on. I don’t want to spoil this for you. I want you to read this tale for yourself and let it unwind for you the way it did for me. Seamlessly, beautifully, hopping deftly back and forth in time. Bottom line is that this rather unlikely couple ends up marrying and having three children, two of whom are twins, Hamnet and Judith. I have not yet read any of O’Farrell’s earlier books (I certainly will), but apparently, they are known to contain rather ominous forebodings. From Hamnet: “Every life has its kernel, its hub, its epicenter, from which everything flows out, to which everything returns. This moment is the absent mother’s: the boy, the empty house, the deserted yard, the unheard cry … It will lie at her very core, for the rest of her life.” It is fascinating to read about life in the 16th century and fascinating to be prompted to imagine what Shakespeare’s life might have been like, including the possible significance to him of his free-spirited wife and this special and much beloved son. Hamnet takes place during the bubonic plague, and at one point O’Farrell describes how the disease manages to reach the household of Agnes and her husband. But don’t let this scare you off.

I did begin to read a different novel a couple of weeks ago that takes place during a time of plague, and I had to put it down. I just couldn’t. It hit too close to home. But nothing like this happened to me with Hamnet, which, from the moment I started it, I could not put it down—very cliché, I know, but it really is very true in this case. This is a novel I will read again. (It might also make me read Hamlet again.) Warning, though: it’s extremely popular right now, and like toilet paper in March 2020, hard to get your hands on. (I read this one on my Kindle.)

Another worthwhile read is Deacon King Kong by James McBride. As with Maggie O’Farrell, I had not read any of this author’s previous novels, so this was another first for me. Really impressive. Textured, rollicking and dark, yet hopeful too, if that makes any sense. Set in a housing project, this book is crawling with characters. I could almost have used one of those keys that you find in some of the denser Russian novels that explain and remind brave readers who is who and how they are related/connected to so-and-so. This book, set in New York in the late 60s, is about love, crime, misdemeanors, longing, church, friendship, enemies, mysteries, faith, shame and secrets. Colorfully complex and textured, and very well written. Comic at times, and sometimes tragic. Wonderful dialog, especially between Sportcoat and his deceased wife, Hettie. Amazing names: Sportcoat, Bum-Bum, Hot Sausage, Soup, Jet… (I’ve got a thing for nicknames.)

James McBride was awarded a National Humanities Medal by President Obama “for humanizing the complexities of discussing race in America.”

Happy, happy new year, and may the days and months ahead bring health, blessings and peace to a weary, wounded, but hopefully hopeful world. Happy reading to you all!