Sara Nelson hoped 2020 would be her breakout year. She was making jewelry as a side business, and in 2019 she left the corporate world to make it a full-time occupation. She was booked at trade shows in New York, Atlanta and Florida, but then COVID struck and the shows were cancelled. Nevertheless, Nelson is confident that Elli Parr Jewelry business will survive the pandemic. 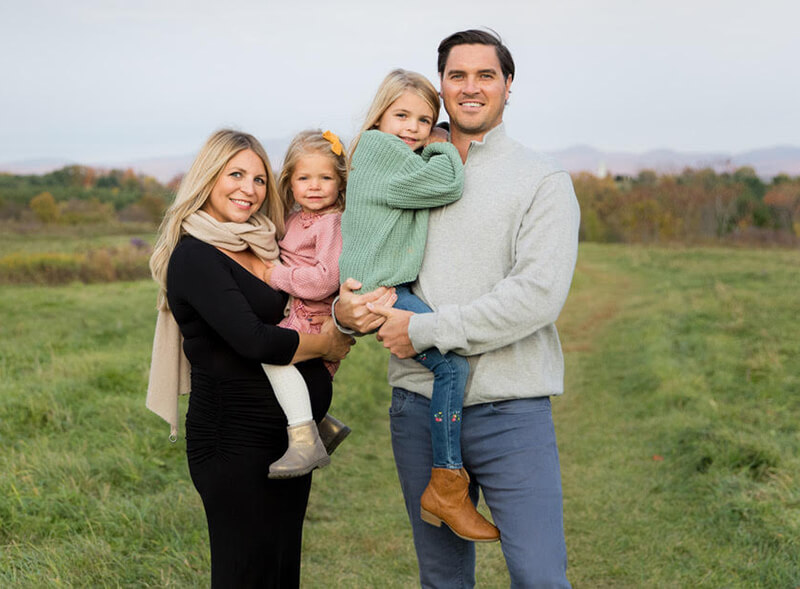 Sara Nelson has always been creative, but found her calling in jewelry making. Courtesy photo.

“As a kid I was very artistic,” Nelson recalls. “I painted with acrylics, made pottery, and then dabbled in interior design projects in high school and college.” Nelson wasn’t sure what career path to take so she majored in business management. “I didn’t know what I wanted to do,” she said “so I went to work for a global marketing company. The company was great, and it was a wonderful pay check and stability, but it wasn’t the path I wanted.”

After the birth of her first daughter in 2014, Nelson began to embark on creative projects. “I fell into jewelry making,” she said “because it didn’t take that much space and I could pick it up in my free time. It soon became apparent that it was my passion and I wanted to do more.” In 2016, Nelson began Sara Marie Jewelry as a side business. She stayed at the corporate job after the birth of her second daughter in 2017. “I thought I had to,” she said, “but by 2019 I felt like I wasn’t being present in anything because I was pulled in different directions. My priority was being a good mom, but I also wanted to do something I loved, and I decided to see how this would unfold.”

What started as a hobby has taken on a life of its own. “I learned by reading books, searching on-line and experimenting with different metals,” Nelson said. “It was a creative outlet.” Initially, she thought friends and family were just being supportive when they requested her pieces. But when they began purchasing jewelry for others, she realized she might have a viable business. “It just grew organically,” she said. These days, roughly three-fourths of her business is local, but she has customers across New England. “Every once in a while,” she said “I’ll get an order from Hawaii or California.”

In 2019, Nelson took a leap of faith and left her corporate position, renaming her company Elli Parr Jewelry. The name comes from her childhood home on Elliot Street and her current one on Partridge Lane. Nelson’s initial projects were beaded bracelets. “I made them one at a time,” she said “and I still do that today. It’s time consuming, but those are the pieces that are closest to my heart.” Although she describes bracelets as the “bread and butter” of her business, Nelson also handcrafts earrings, necklaces and rings. “My jewelry is a middle market between fashion and fine,” she said. “I use ethically sourced semi-precious stones and fine metals.”

Nelson’s favorite stones are labradorite, black onyx and rainbow moonstone. “They are the most versatile and also the most popular,” she said. In the summer she works with brighter stones like turquoise. Initially, all her sales were via her website, but she has branched out into retail stores like Jess Boutique, Mendy’s, Mysa, and Green Envy in Stowe. After years of making everything at home, she opened a small studio in January. Although it’s more workshop than retail space, she does have some open hours and sees people by appointment.

A lot of Nelson’s inspiration comes from the drawings of her three- and six-year-old daughters. She will soon have additional stimulation since she is close to the due date for her third child. “Vermont has also been a massive inspiration to me,” she said. “We’re outside all the time in nature and I’m inspired by flowers and trees, not by the latest trend.”

Things will be a little different this year, but they are still good. “I was looking forward to getting to know people who have been my customers for years,” Nelson said, “but that dream was shattered.” Still, she is confident she will continue to find ways to introduce others to her wearable art. “I’m hopeful,” she said. “I have faith in the brand. There were definitely some roadblocks this year, but we are all healthy, and that’s what matters the most.”

Welcome May with a trio of gripping novels by women