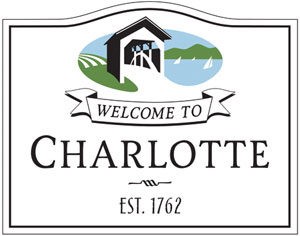 A conflict that crosses board boundaries in town has ignited planning and zoning, personnel, and public meeting conflicts. The issues center around an application considered two weeks ago by the Zoning Board of Adjustment (ZBA).

It starts with an application for a deli at Spear’s Store. Carrie Spear, the owner, through Court Street Associates, applied for a conditional use permit to add a deli and apartment to her store. The application was denied by the ZBA during a hearing in which Spear or her representatives were not given an opportunity to present their application or answer questions from the board.

At the Oct. 14 meeting, Spear’s project was first on the agenda. ZBA Chair Frank Tenney recused himself from the discussion due to his relationship with Spear and because his relatives are her neighbors and own a store and snack bar next door. Vice Chair Stuart Bennett took the lead.

Before the presentation began, he said, “As I—and we—were reviewing the materials that were submitted with the application,” he said, “it became apparent to me in my judgment that this hearing had been prematurely warned, because we just don’t have all the information we need based on the ordinance.”

He said the site plan submitted is incomplete because it does not include historical use, current use and proposed use, and the same information was missing for floor plans inside the house. He said that without this information, the ZBA could not make a decision, and suggested the hearing be re-warned. “Let’s do it right, let’s do it once,” he said. He suggested in his motion that the board waive the fee, which is not something the ZBA has authority to do, as it is under the Selectboard’s purview. In this case, the application had already been approved as complete by Zoning Administrator (ZA), Daniel Morgan.

Bennett said that in the past, the ZBA accepted applications like Spear’s, and that she happened to submit hers at the wrong time.

“It’s coincidental that this hearing happens to be the next hearing after we, as a board, internally, were very, very frustrated with incomplete applications coming to us, and we tried to accommodate and accommodate and accommodate, and frankly we just got tired of it…and so you’re not being selected for special treatment here, it just happened to be the next one in line that came along, and we all pretty much said, ‘We’re tired of this, let’s get a zoning office, a staff, that can prepare things for us and present it to us well.’”

Bennett did not respond to repeated inquiries regarding the time and nature of these internal communications and whether or not they were conducted in accordance with Vermont Open Meeting Law, which requires any gathering of a quorum of any board to officially warn a meeting and make it open to the public. A public records request made to the ZBA by The News on Monday for communications relating to Spear’s application was not fulfilled by press time at 1:00 p.m. on Wednesday; Town Administrator Dean Bloch said the town legally has three days to respond to such requests and expected to respond by Wednesday, Oct. 28.

Morgan, who has been in the ZA position since the summer of 2019, was also the topic of conversation at Monday night’s Selectboard meeting. The first item on the agenda was “discussion of relationship between Zoning Board and Zoning Administrator.” Morgan had been issued a performance reprimand this fall by the Selectboard, though the contents of that warning are not public; he did file a grievance against the Selectboard for that reprimand which was addressed in executive session on Tuesday of this week.

Bennett conceded during the ZBA meeting discussion that, though Morgan deemed the application complete, he thought “it’s not as detailed as we asked for.”

Spear responded, “In my mind, it’s a very simple application. I showed you around, you didn’t want to go inside on Saturday [during the site visit] and so I would have liked to have done that.” She also said that she hoped the ZBA would hear her presentation, which would answer many of their questions.

“What more do you want, Stuart?” Spear asked. Bennett said he had sent a list of what he wanted, and Spear responded that she was prepared to answer the questions in a red-line document that she had already submitted to the ZBA with responses.

“The fundamental issue is when you’re dealing with uses that are historical, current and proposed…we need a lot more information because we need to know what we’re approving,” Bennett said. He said the store’s location in a central part of the East Village made it more important than a regular application.

Spear said she hoped to address any ZBA concerns in a conversation at the meeting so it was clear what the ZBA wanted. Daniel Goltzman from Daniel Goltzman Design and Development, who is spearheading the project, was present at the meeting to make a presentation about the proposed improvements and answer questions from the ZBA. He said he was “quite surprised” to hear that the ZBA deemed the application incomplete. ZBA member Lane Morrison said, in disagreement with Bennett, “Complete is in the eye of the beholder,” and said he would support hearing from Spear and Goltzman during the meeting.

After 20 minutes of discussion of whether or not the ZBA should hear the presentation, ZBA member Matt Zucker, who was participating remotely, reminded Bennett that the intent of the hearing “is about the subject at hand, not about how the board executes its responsibilities.”

After 25 more minutes, for a total of 45 minutes discussing whether or not Goltzman and Spear should be able to make their presentation, Bennett made a motion and the ZBA voted 3-1 to deny the application without hearing from Goltzman or Spear about the project itself. Zucker, Bennett and Jonathan Fisher voted affirmatively to deny it; Morrison was the lone vote to approve.

During the Selectboard meeting on Monday, Oct. 26, after an executive session in which the ZBA and the Selectboard held a joint meeting with the town attorney, the board resumed the public session to discuss whether or not a clerk should be hired to assist Morgan with filing duties and discussed the fact that there have been three zoning administrators plus an interim ZA in the past four years.

Tenney said he had contacted Morgan regarding his job performance earlier this fall to let him know “things have been going on that haven’t been going perfect.” He said he offered to help look over items and oversee agendas and schedules to “help things run more smoothly.” The ZBA is not, however, the direct supervisor of the ZA. The town administrator, in this case Bloch, directly supervises Morgan. Though the ZBA works closely with the ZA, they are not in a supervisory position over him in that role, even though he also serves as the ZBA’s staff person as a separate role from his administrator duties.

Bennett said during the Monday Selectboard meeting that he has also been involved with the zoning administrator’s daily work and said he has been “feeding” Morgan “massive recommendations” about how he should be handling certain aspects of his job. Krasnow pointed out that both the ZBA and the ZA have statutory obligations that are complicated by the fact that Morgan “wears two hats” in his job.

Clark Hinsdale, a Charlotte landowner who has been involved in zoning and planning in town for almost three decades, said during public comment, “We have some senior expert members of the ZBA that are micromanaging staff…I think the micromanagement of zoning members going in at every hour of the day, and standing over Daniel’s shoulder, and telling him what to do, is a statutory error and I think [Town Attorney] David Rugh will underscore the fact that you, the Selectboard, appoint a zoning administrator, and if people don’t like his decisions, they appeal to the ZBA.”

“There’s a lot of Charlotters, particularly in COVID, who have a lot of time to have a lot of opinions about their neighbor’s application and are not shy about coming in and lobbying the staff,” Hinsdale said.

He complimented Tenney on his ability to run a zoning meeting well. “Stuart Bennett, apparently, does not,” he said, “I frankly think his behavior is so egregious you should remove him from the board.” He said he thought Bennett filibustered for the hour of discussion regarding the Spear application in order to keep any discussion of the application from happening.

Monday’s Selectboard discussion ended in the interest of time, with Krasnow saying he guessed they would schedule a special meeting to look at zoning and planning office organization.

Spear told The News she declined to comment on the matter, because she is currently in the process of resubmitting her application. Morgan did not respond to several requests for comment.