Net metering RFP still up in the air

Net metering RFP still up in the air 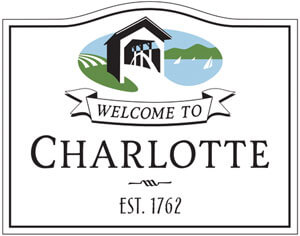 Attendance at the Selectboard meeting ticked up on Feb. 10 for a specific reason; members of the public filtered in for the net metering agreement agenda item. It had been discussed and voted on at the previous meeting and was voted against, 3-2. Following letters to the paper, Front Porch Forum posts, and general community chatter, it was back on the agenda. After discussion that continued into Monday, Feb. 17’s meeting, the Selectboard determined that enough time hadn’t been given to complete a request for proposals and they would try to do so in time for a meeting in March.

Selectboard member Fritz Tegatz opened the discussion. “I am a little surprised we are here again,” he said. “Last meeting, I made the motion to accept the proposal as presented. I was pretty apprehensive about doing it. I’m being asked to commit the town to a 20-year contract to spend money. I have one proposal. I made the motion, voted for it. In hindsight, I am still nervous about that.” Krasnow noted the turnout “is really encouraging,” and asked those in attendance to address the board directly with their comments, which took up a good portion of the night’s meeting.

Energy Committee member John Quinney and Sam Carlson from Green Lantern Solar were present, with Quinney reviewing the history of the RFP, saying the library roof solar panels are “a pretty small project as far as these projects go. In order to make it attractive to potential developers, we added in the kilowatt hours associated with town buildings and fire and rescue.” Tegatz responded that his concern that the RPF was for the library solar panel project and not specifically for net metering credits. “This agreement is down to just buying credits. In my mind, that was not what the original RFP was for because it included the construction part of it.”

Krasnow said, “Process-wise, from the original RFP, none of the proposal was accepted by the Selectboard. That RFP was over.” He continued, “The best thing to do is come up with a net metering stand-alone RPF. Based on…the events unfolding, this is the most judicious path forward for the town to make sure we are following our purchasing policy.”

Resident Ruis Swannerfelt asked, “The Selectboard agrees the town should contract with somebody for a net metering situation since we can’t put solar panels on the roof?” Krasnow agreed; Lousie McCarren did not. Vice Chair Frank Tenney noted the town plan “doesn’t state net metering specifically” and cited efforts by the Planning Commission to recommend areas where solar arrays could be installed.

Members of the public pressed the Selectboard on their commitment to the Town Plan, climate change, and a net metering agreement. Nancy Richardson asked, “What can the Selectboard members tell me that gives me confidence that you are with the town plan and the energy plan, and intend to move us into the 21st century to help with climate change?” Matt Olney followed, “How do we get to a plan? You’ve [Krasnow] proposed a path, can the board agree to pursue that path?” Peter Richardson said, “There is a softness coming from the board about whether you want to do net metering at all.”

Sam Carlson of Green Lantern Solar fielded questions from the Energy Committee and the Selectboard about other net metering agreements, the proposed project in Vernon, as well as how solar projects are financed and developed. He explained the length of the 20-year agreement is “what’s needed, because our loan with VEDA is 15 years.” He cited a list of 35 towns and schools who have entered in net metering agreements with his company, noting that it is a competitive environment.

Energy Committee co-chair Rebecca Foster said, “It’s very distressing for the Energy Committee to come to this meeting and find out that proposal we’ve been working on over the past few months is suddenly a surprise. Can we have a timeline, if you are committed to an RFP?” Krasnow responded that they would draft an RFP for the next Selectboard meeting. Resident and Planning Commission member Marty Illick said, “The town has been negotiating with this group and there’s been a process going on after an RFP was issued…To end that and start all over again seems completely un-kosher.” Krasnow responded, “You were on the board. It got voted down, 2-3. I am looking at finding enough votes to get a net metering agreement that has a majority of the board.” Quinney noted, “I accept you are committed to acting in the best interest of the town. I wish the process had been clearer earlier.”

During a follow-up at the Feb. 17 Selectboard meeting, Selectboard Chair Matt Krasnow said the “goal for tonight was to have the RFP. The Energy Committee requested the opportunity to review the RFP and the timeline was not compatible with this meeting date.” He explained the next Energy Committee meeting would be on March 4 and he would attend and request time on their agenda to go over the draft RFP. Krasnow said the next date the draft might be available is the next Selectboard meeting on March 9 or March 23. Energy Committee members Rebecca Foster and Dierdre Holmes asked if they could have a draft to review in advance of the committee meeting, and Krasnow said it was possible and to work with the Town Administrator to get the original RFP.