Is Elf on the Shelf real?

Is Elf on the Shelf real? 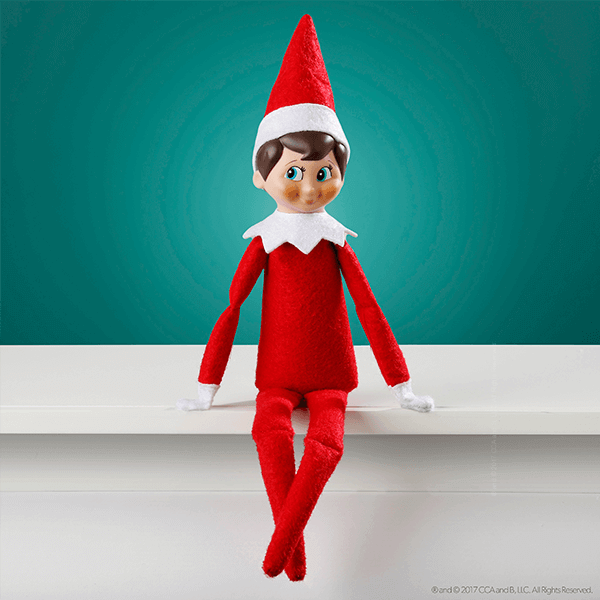 It’s December, and you wake up to a crisp and snowy day already feeling that exciting tingling that all kids feel when you enter the Christmas month. When you race downstairs you see the Christmas tree and on top of it…an elf!

These are no ordinary elves! They are Elf on the Shelf elves, and to the people who carry out this tradition they are some of the highlights of Christmas.

The rules are simple: The elf travels to the North Pole overnight to tell Santa if you’ve been good or bad. In the morning, after it returns from its journey, it’s in a different place in your house, showing that it actually moved overnight.

“The Elf on the Shelf is real,” she promptly states. “It’s a great tradition, and you really get into the Christmas spirit if you uphold it. Also, one day I woke up and started to look for one of my Elves on Shelves, I found it sitting and watching a movie on my iPad. My device has a finger recognition and nobody knows my password because I made it myself, and when I turned it on, there was a history of watching a movie that I didn’t turn on. The Elf on the Shelf is real.”

However, Ronan Evans, 13, feels slightly different than Trevina about Elf on the Shelf.

“That is a strong opinion,” he says, once he heard Trevina’s argument. “I also find it unbelievable that he goes to the North Pole with no hands,” referring to the fact that the elves have mittens for hands. “Also, his eyes don’t move, so he wouldn’t be able to see you the whole time. If you got out of his line of sight, you can do whatever you want,” he points out. “Maybe it’s a plot by the government who want to sell more elves!”

“Also,” he finishes, “their legs aren’t very strong, so it’s hard for them to walk. If anyone wanted to talk to me about that I would be happy to hear them.”

Is the Elf on the Shelf real?

The answer is still a mystery!

Lily Mae Sidelecki, 10, is another supporter of the Elf on the Shelf.

When I asked her why, she answered confidently, “I’m a supporter of the Elf on the Shelf; when I was little I had an Elf on the Shelf called Pinky,”
When Lily Mae was informed of Ronan’s argument, she said, “He can have his own opinion, but I think my opinion is better than his.”  I asked Lily about how the Elf on the Shelf would travel with mittens and small legs and if she believed that the Elf on the Shelf was a government plot. “So, she replied, “I would say that’s not true, because that’s what I think and it makes sense, that it goes to the North Pole and back and is always in a new place every day.”

Yes, in our opinion. But other people think differently.

Here is why Ava, 10, believes that Santa is real: “One night I was watching TV in the basement and there was nothing there. The next morning there was a huge fort that couldn’t possibly have fit through the basement doorway. And I would have been woken up by them if they had built it overnight.”

Amelie and Flossy are in 5th grade. Any students, grades 3 through 8, are welcome to join us in the newsroom on Tuesdays after school.