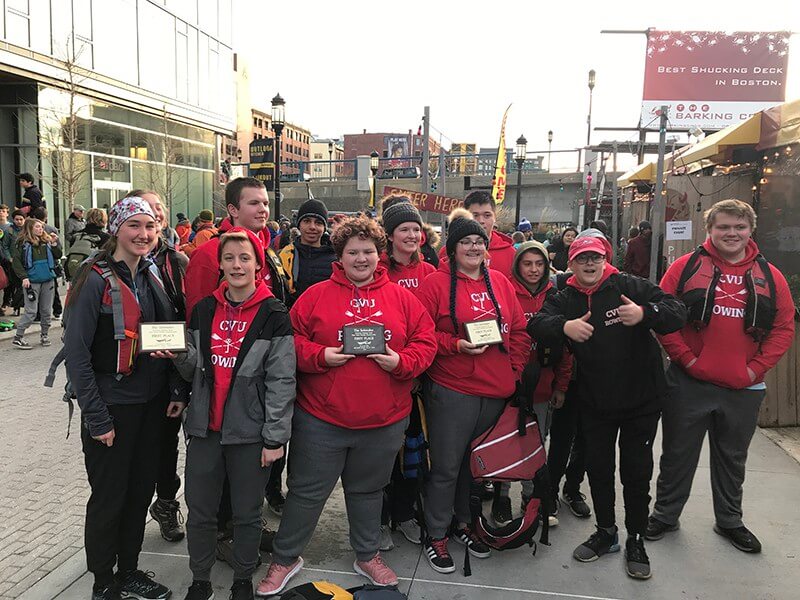 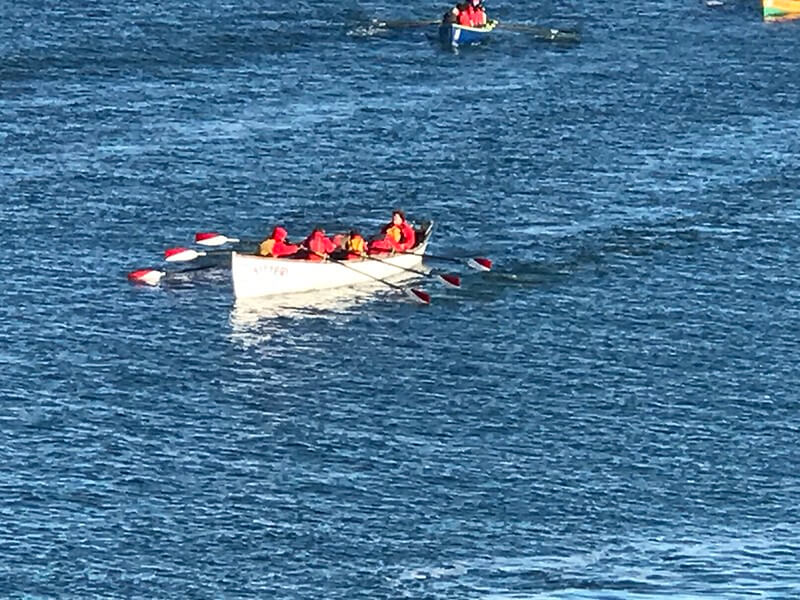 The CVU-A boat and CVU-C boat both claimed first place trophies at the Icebreaker: Northeast Regional Youth Open-Water Rowing Championships held on Saturday, November 23, in Boston Harbor. CVU’s A boat, several of them members of the CVU-B boat that won the intermediate sprints event in their division last year, posted the fastest time in the intermediate nautical mile to take first place in that event.

In a moment of drama, CVU-A was also announced as the winner of the intermediate sprints event, although a mix-up had occurred and CVU-A ended up with second place honors while the South Burlington crew was awarded first place.

In the Novice Division sprints, CVU-C boat placed first, followed by CVU-A in second and CVU-B in fifth place. CVU-C rowers are Lucas Barton, Hinesburg; Geo DeBrosse, Hinesburg; Julia Cichoskikelly, Hinesburg; April Palmer, Williston; Sydney Johnston, Shelburne; Olivia Fransisco, Williston; coxed by CVU alumna Megan Rogers, Shelburne. In the Novice distance challenge, CVU-C finished fifth, CVU-A finished eighth and CVU-B finished ninth.
CVU rowing is coached by Helen MacAndrews, assisted by Greer Krembs. “Greer and I are so incredibly proud of our whole team. We have had a pretty incredible season. Not only was it the largest crew in the 15 years of CVU rowing, but we also had the most new rowers starting out this season,” said Coach MacAndrews. With such commitment and depth on the team, the future looks bright for CVU rowing.