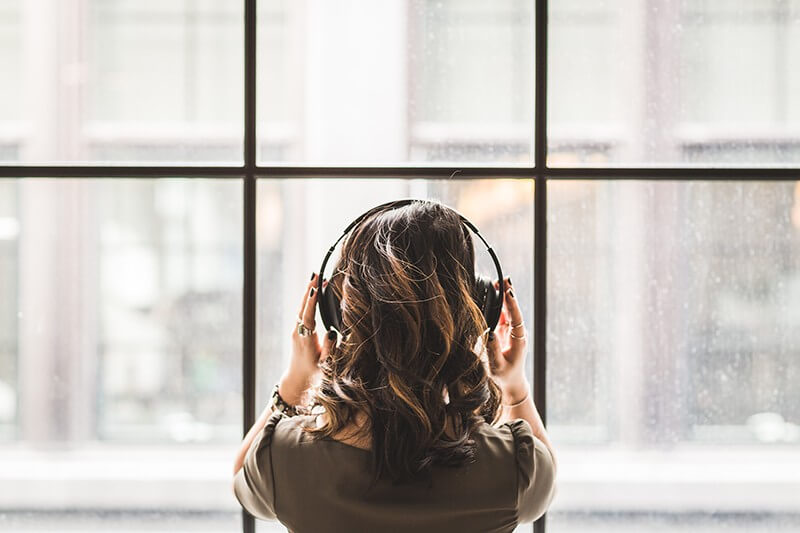 Greetings from Los Angeles!
I write to you from three time zones away. Even though I’m a quick phone call, or just one gross day of travel, from friends and family back home, the closer I get to visiting Vermont for the holidays, the more antsy and further from everything I feel. Gearing up to sleep in my childhood room and play all my records from high school wraps me in a sense of nostalgia that seems to be all encompassing in 2019’s final months.
Maybe the recent departure of Pumpkin Man has me thinking of the good old days of seeking out candy on Greenbush Road? Perhaps the start of the NBA season has me thinking of heaving “bricks” in the CCS multipurpose room? It could be more likely that assembling my year-end “Best of 2019” music list for my radio station, KCRW, has me in a reflective mood. Whatever it may be, I write to you, sipping a soda, floating in an infinity pool of sweet, sweet memories, and let me tell you, the water is warm. Come on in

Actually, before you do, let’s keep talking about music for a moment. I’ve never been married to the curatorial might that a “best of” list demands; they carry so much weight, yet they’ve always felt a bit presumptuous to me, no matter who they come from or what music is selected. There’s just so much music being released at any given time that it seems crazy that anyone can fully digest an entire year’s worth of records by the time November rolls around—and then pick the best of the bunch before the new year. I know I can’t. While I still try my best to wrangle a respectable annual list together, I consistently stumble upon outstanding music releases I missed from years prior.

So before we ascend the mountain and announce who made the greatest records of 2019, throw on your best swimsuit and now let’s take a deep dive into a few gems we may have missed in 2018.

If you’ve read my other columns, you know I’m a big fan of recent music coming out of Australia, and LA transplant Joe McKee’s album An Australian Alien is the purest example of excellence from the other side of the world. I was lucky enough to stumble upon this in an old promotional email left for dead at the bottom of my inbox. Joe’s vocals both soar and soothe, constructed around emotive string orchestration and contemplative guitar rhythms. His music is as theatrical and commanding as it is an intimate one-on-one conversation with the listener.

The entire record is reminiscent of compositions by Scott Walker or Lee Hazlewood: bold and dynamic with a personal touch of Joe’s cowboyish charm and enigmatic flamboyance. An Australian Alien marks the first release on Joe McKee’s personal imprint, Baby Race Records, a label I’ve mined for my late-night program and have learned to trust in releasing wonderful discoveries. Bask in the warmth of this one for a while, and then let’s keep on swimming.

Equally sweet, and slightly more bareboned, we find music by Montreal-based Jackson Macintosh. His record My Dark Side was released in the early half of 2018 by NYC-based label Sinderlyn and immediately made me frustrated that I’d missed it the first time around. In step with the moody wave of DIY music coming out of Canada, Jackson’s debut solo album reads like an open book, reflecting the highs and lows in recording his album across three years and two breakups.

The tracklist perhaps runs in tandem with the happenings of Jackson’s life during the making of his album. One of my favorite cuts, “Lulu,” strikes a sweet and simple tone to mark the beginning of the record—its vocal melody and flute accompaniment evoke dreamy imagery of a first date gone right or a love letter hitting its mark. On the other hand, eight tracks later we find ourselves at the album’s conclusion with the melancholy ballad “When to Turn the Lights Back On.” It’s a clear sign that whatever romantic success Jackson achieved in “Lulu” is now far and gone.

There are no frills or tricks to this record, just honest emotion; it’s the perfect soundtrack to a blue night of karaoke for one. Wherever Jackson is I hope he’s OK, and no matter what events My Dark Side recounts I hope he can look back fondly on this album—it’s a quiet work of art.
Dip your head in the water to mask your tears; I’ve got something that might put your mind at ease.

Under the alias Astronauts, etc., Anthony Ferraro may have made the best record of last year, although of course I didn’t know it until was far too late. Best known for playing keys with the band Toro Y Moi, Ferraro›s full-length effort, In Living Symbols is a bold and outstanding first statement as a solo artist. The album as a whole is both airy and uniquely thoughtful. Each song is lyrically introspective and sonically compelling, akin to productions by David Axelrod or Charles Stepney. There isn’t a world where I grow tired of the standout track, “The Border.” Everything about this tune lives to burrow in between my ears. The bassline grooves with a sense of urgency, the string arrangement glides over a steady rhythm section while Ferraro’s ethereal vocals feel thoughtful and precisely placed. It’s hard to imagine there’s any appropriate piece of music to precede or follow “The Border,” although the record continues to impress and remains consistently excellent. This is a must listen.

Let’s hop out and dry off. Between now and next month I’ll cook up a list of what I loved this year. In this moment I’m thoroughly enjoying the latest Prince-inspired release from SoCal-based bedroom crooner Joel Kynan, Billy Uomo’s new EP of music for modern lovers, All Trash No Love, and Los Retro’s bouncing single “Last Day on Earth.”

As always, catch me late nights on KCRW playing music throughout time and space.

Signing off,
John Moses
Click to listen to the music