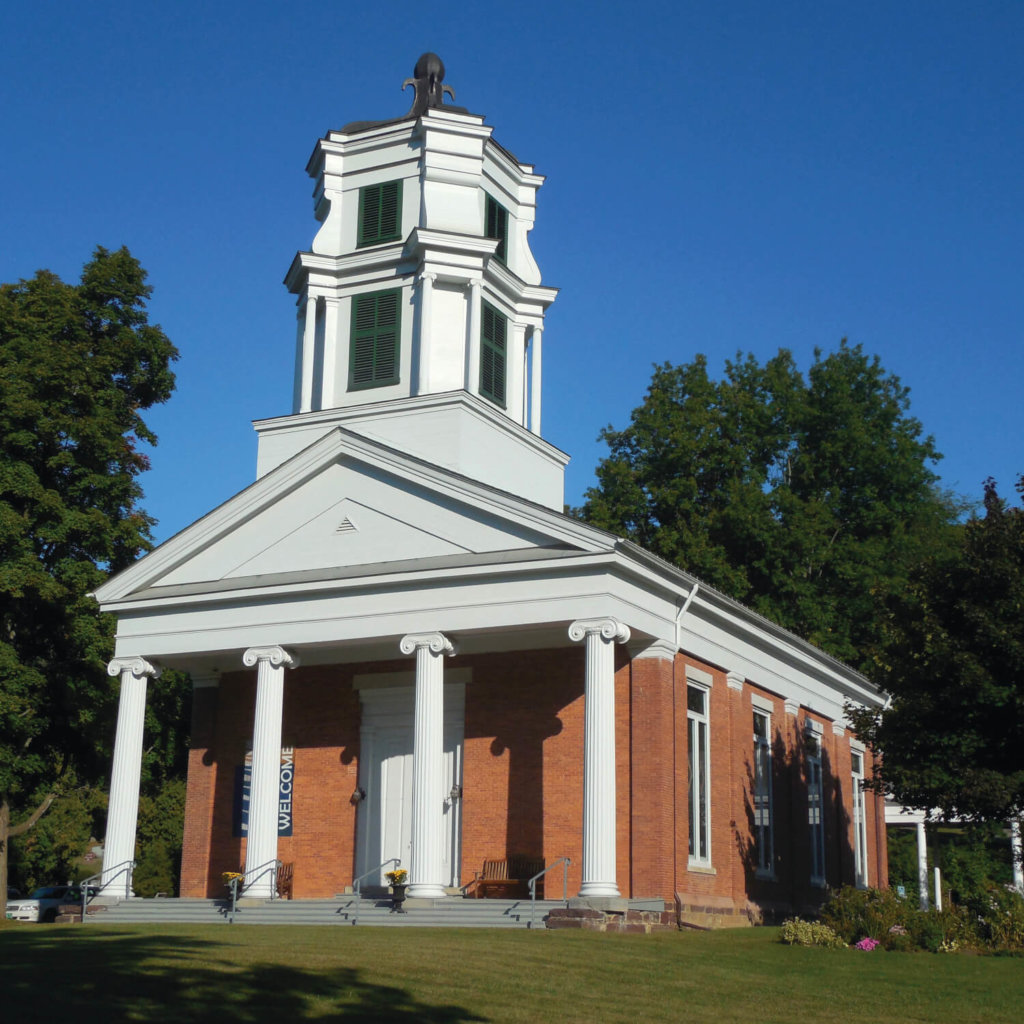 When Susan Cooke Kittredge, associate pastor at the Charlotte Congregational Church (CCC), sat down one week in February to write her sermon for that Sunday’s service, she didn’t anticipate the trouble that would follow.

She sent a version of the sermon to local papers, and after it was printed in The Caledonia Record, an anti-abortion web site took note of it and published a commentary on the article on their site and Facebook page. Soon after, a deluge of threatening emails began, and the final result was a call to the Vermont State Police and a police presence at the church on Easter Sunday.

The topic of the sermon, Cooke Kittredge said, was her response to that week’s reading in church, which encouraged people to come down from “the seat of the scoffers.” Thinking about many people’s natural reaction to come at challenging issues from a place of cynicism, she said, led her to share her thoughts on abortion, patriarchy and reproductive rights.

In her print editorial version of her sermon, Cooke Kittredge wrote, “What I have found inescapable in the discussion about abortion is the inherent subjugation of women.” She went on to write, “There are women and men among us who have weathered the deeply personal storm of abortion. For some it was a thunderstorm, for others a hurricane.”

The anti-abortion web site Lifenews.com picked up on Cooke Kittredge’s letter weeks later, on April 15, and posted an article on its website and Facebook page with the headline, “United Church of Christ Pastor Backs ‘Right’ to Abortion, Allowing Abortions Up to Birth.” Cooke Kittredge said the intention of her sermon was not to state an opinion on the issue but rather to open a discussion on the matter and encourage members of the congregation to wrestle with a difficult question.

“I think I did not really express an opinion on abortion in the sermon,” she said. “They’ve twisted what I said.”

CCC Senior Pastor Kevin Goldenbogen said church staff became aware of the situation with Lifenews.com when the person who administers the church’s Facebook page noticed that the church was suddenly receiving negative reviews. One Facebook user, Debra Price-Cruz, who is not a member of the congregation, and according to her Facebook profile lives in Louisiana, wrote on the CCC page, “Susan Cooke Kittredge is a false teacher of Gods Word [sic]. She will be held accountable before God. She is misleading the congregation.”

Lifenews posted a link to their article on their Facebook page, which was shared over 4,000 times and generated hundreds of comments. Donna Graci wrote, “First of all it’s the state of Vermont, so I’m not really surprised! Disgusted but not surprised!!”  Another Facebook user, Steve Woody, wrote, “As smart and intuitive as women are…they’re not to hold positions of authority.”

Cooke Kittredge and Goldenbogen said that soon hundreds of emails, phone calls and letters started pouring in. Cooke Kittredge described many of the emails as “vitriolic, scathing” and said that many called her Satan. Many included threats to Cooke Kittredge and the church at large, which led church officials to contact the Vermont State Police, who decided to patrol the area with extra coverage and to have a cruiser stationed at the church for Easter services.

In light of recent violent attacks on religious institutions and faith communities around the world, law enforcement agreed with the church that the threats should be taken seriously.

Vermont State Police (VSP) Lieutenant Bob Lucas is stationed in the Williston barracks, which oversees Charlotte coverage. He said he can’t comment specifically on procedures relating to these types of threats, though there are protocols in place. “We have a basic response to threats which takes into consideration what was said, how it was communicated, what the environment is like, and the likelihood of further issues arising as a result of this complaint, among other criteria,” he said.

Two factors went into increased VSP coverage on Easter, Lucas said. “It was determined to allocate initial resources to the area to give the community assurance that we take these threats seriously, and to insure that we had proper resources in the area if something was to have happened. Communal peace of mind was also a large factor, given the threats and acts we have also see occurring at religious institutions and other public venues around the world.”

Easter Sunday passed without incident, and in the weeks that followed, church administrators decided to hold a special meeting after church services on May 19 to allow members of the congregation to share their thoughts and feelings. Rick Kerschner, president of the Charlotte Congregational Church, said that 43 people attended the meeting after services that day, “which is huge for after church,” he said. “We needed time to process…we wanted to see what the congregation thinks at this point after all this has gone on.”

Cooke Kittredge said that though not everyone agreed with the ideas she shared in her sermon, she received no pushback from church members on whether it was appropriate to share those ideas in the first place. “This is an unusually vibrant, healthy church,” she said, “It’s wonderful, but it’s not just a joyful, wonderful, welcoming community. It’s a place that wrestles with, and encourages one another to wrestle with, deep issues and with meaning. People are here because they want deeper meaning and purpose in their lives. So they’re willing to engage in these conversations, which is just wonderful.”

What happens next, Kerschner said, will take time and thoughtful consideration, whether they decide to respond publicly to the online incidents or not. “Is it a platform to really say what we believe? Do we let that stand out there with half a million people? Is this an opportunity to do what Christ is leading us to do?”

Regardless of how these questions are answered in the long run, Cooke Kittredge said it was a gift “to see how this community and the state police, the Shelburne Police, all just came in and said, ‘We are here for you, whatever you need.’ People took it very, very seriously.” She said Chris Davis from Charlotte Volunteer Fire and Rescue Services called nine other area fire departments to alert them to the situation and that the Shelburne Police patrolled near her house while her husband was out of town.

Cynicism, she said, has not arrived at the church and that the packed house on Easter Sunday made her realize that “the safety of the congregation was the most important thing.” She said that she personally was not frightened, but that the police presence brought her comfort. “I think I was heightened, alert,” she said, “I didn’t want to look out in the congregation and see people who we don’t know, and wonder for one minute, who they are, or what they’re reaching in their handbag for.”

Rev. Goldenbogen said, “The reason we were able to move through the hate mail and things is because we’ve got deep relationships in the congregation, and also in the wider community, and with our denomination in Vermont, which has been very supportive. So we can’t do what we do, and we can’t bring our faith into the public square, unless we’ve got a strong community here.”

As part of a larger statewide effort since the incident, CCC officials, the state police and CVFRS met to discuss security protocols and went over a checklist of actionable items that the church can undertake to immediately increase security in both situations like this and in other, more general ways.

With Vermont’s recent state Legislature passage and likely gubernatorial approval of a reproductive health law protecting state abortion rights, and a state bill in Alabama that will severely restrict those rights, the topic of abortion and a woman’s role is a national conversation. The violence and threats associated with the issue, however, seemed far from home until now.

“Who would think, in little Charlotte?” Cooke Kittredge asked. “Haven’t you heard people say that every time there’s a school shooting? Who would think that would happen here?”