Add this to your worry agenda: Recreational water use

Add this to your worry agenda: Recreational water use 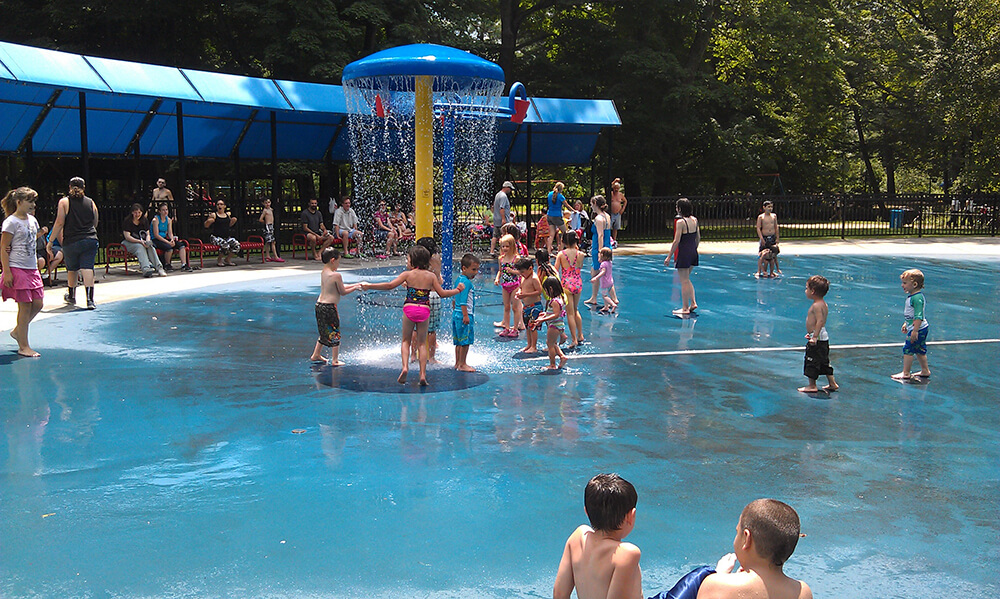 Kids under the shower in the water park, very likely ingesting some of the water. Photo by Jim Hyde

How about this as a conversation starter or pick up line: When was the last time you peed while swimming? We’ve all likely done it, but who will admit it? According to a recent report from the Water Quality Council, 27 percent of adults surveyed (likely a major underestimate) admitted having urinated in a swimming pool. It got me thinking. Once you get over the implicit “yuck factor,” how serious a problem is this? With summer here it seems prudent to review the risks associated with recreational water use.

You might wonder why you should care. After all, relatively few of us in Vermont either own or have access to swimming pools. And if we are active swimmers, we likely swim in lakes, ponds or streams. But consider the following: 1) We travel. Whether for work or vacation we might well find ourselves or our children at a hotel pool, hot tub or even a water park. 2) We exercise. Some people utilize pools at the ‘Y’ or at health clubs for exercise or physical therapy, especially during the winter months. 3) Also, some people may have pools of their own or more likely use small inflatable pools in the summer months for children and grandchildren.

The risks associated with enclosed systems such as pools and spas
Urine itself is sterile and a highly unlikely source for transmission of disease. However, urine in higher quantities in pools and spas can combine with chlorine, which is often added as a disinfectant, thereby reducing the amount of free chlorine available as a disinfectant. In addition, it can combine to produce secondary compounds that can cause eye and skin irritation. As a yardstick, consider this: A recent Canadian study found that one 220,000-gallon pool (about one-third of the size of an Olympic pool) contained an estimated 75 liters of urine. Using a biochemical marker for urine excretion, the same researchers tested 250 samples from 31 pools across Canada; all of them tested positive.

However, the real risks in pools and spas are humans who bring with them bacteria, parasites and viruses. These pathogens are introduced when people swim after experiencing bouts of diarrheal illness. Or the risk may come from allowing children with dirty diapers to swim, or fail to shower before entering a pool or spa. It turns out that even pools and spas that have been treated correctly with chlorine (or bromine) can provide a route of transmission.

Consider some recent data from the U.S. Centers for Disease Control and Prevention (CDC).  From 2000 to 2014, 493 outbreaks associated with treated recreational water use were reported from 46 states, resulting in 27,219 cases and eight deaths. Fifty-eight percent of the confirmed cases were caused by a parasite called cryptosporidium (crypto), which causes diarrhea, 16 percent by Legionella (Legionnaire’s disease, a serious flu-like illness) and 13 percent by Pseudomonas, a bacteria causing swimmer’s “itch” and swimmer’s ear. Hotels, motels and inns were the most frequent setting for these cases.

Treatment of the water with free chlorine and bromine provides the primary barrier to the transmission of these disease agents (pathogens). Chlorine and bromine are very effective at controlling Legionella and Pseudomonas; however, crypto has been shown to be extremely chlorine tolerant and can survive up to seven days after water treatment. When crypto is introduced into the water by a child’s dirty diaper or from an adult swimming after a recent case of diarrhea, it is likely to persist. Subsequently, there’s a very good chance that, even with an inadvertent ingestion of a small amount water by mouth, that disease transmission will take place. Crypto has the ability to make otherwise healthy kids and adults seriously ill for weeks.

The CDC’s most recent data (2013-2014) show that most of the reported cases occur at hotels, motels and inns (32 percent), although health clubs, water parks, public swimming pools, and college and private swimming pools also reported outbreaks. A word of caution about these data. They clearly reflect under-reporting of actual outbreaks, especially from private pools and spas. They tend to under report data from smaller states, like Vermont, with less extensive formal reporting systems. All of which means that we may be seeing the tip of the iceberg.

What to do
The first most obvious and important thing is to make sure these pathogens are kept out of the water. A second objective is to make sure that the people responsible for the places you swim follow rigorous water treatment guidelines. The CDC provides extensive guidelines for pool and spa operators as well as users, the essence of which can be summarized as follows:

Second, everyone should shower before entering a pool. If you’ve had diarrhea, the CDC recommends not swimming for at least two weeks in order to protect other swimmers. If you have a baby or toddler, change diapers frequently at a place a considerable distance from the pool.

Third, it seems obvious but avoid getting water in your mouth, whether in pools, spas or water parks. Remember this water is simply being recycled, most likely without clean fresh water being added. Plant an image in your mind of drinking out of a child’s wading pool.

Finally, if you become ill with a gastrointestinal illness, swimmers itch or flu following use of one of these facilities, see your doctor, but also be sure to report it to your local health agent. No one owning or operating a pool or spa wants to make people sick. Reporting is the best way to alert operators so that corrective measures can be taken.

Here in Vermont we swim, camp, canoe, sail and fish predominantly in lakes, ponds and streams that are vulnerable to some of the same sorts of contamination and risks that threaten us in indoor pools and spas. In my next column I will explore some of those issues. In the meantime, try my conversation starter and see where it leads.