Young Charlotters is a new column in which we will profile the lives of young men and women who spent some of their growing-up years in Charlotte. Our summer interns, Morgan Magoon and Jackie Flynn, will be sharing stories of Charlotters in their 20s and 30s and the good works they are engaged in out in the world now. If you have a suggestion, a son or daughter whose story we could share, please email us. 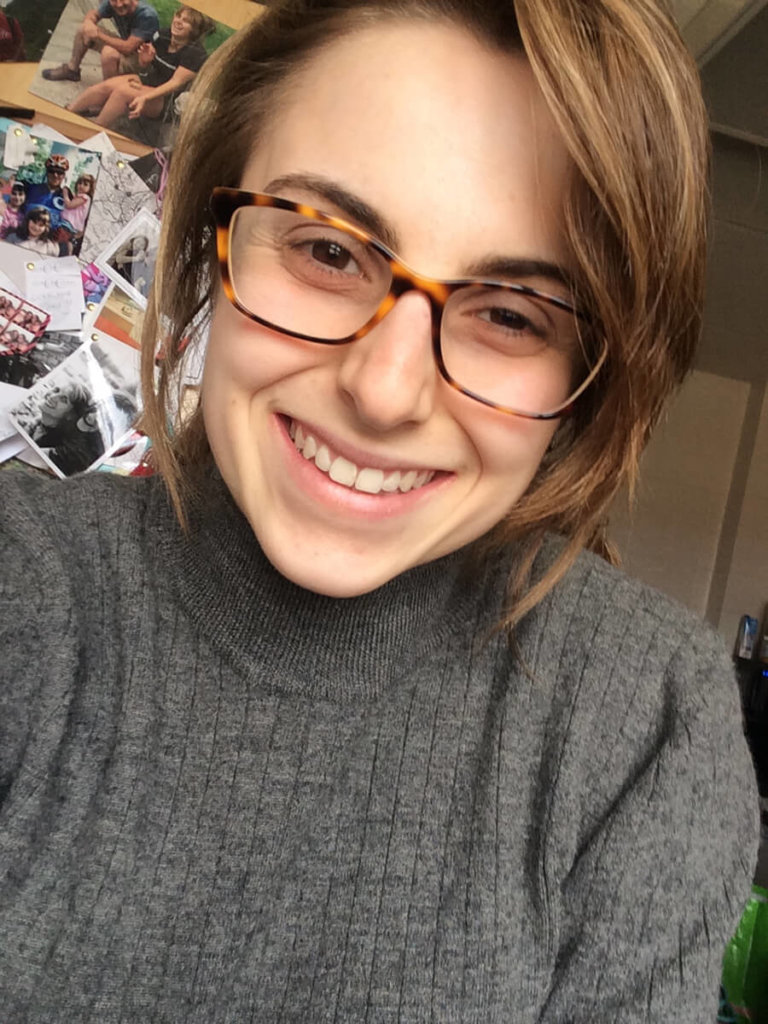 Michaela Flore has been a member of the Charlotte community all her life and thoroughly enjoyed growing up here as the oldest of three sisters.

Her father, Josh Flore, is a Shelburne police officer. Michaela feels proud of her parents because they worked hard to give her and her sisters a good life. “Growing up in Charlotte made me proud of how hard my parents worked. I have respect for the farmers, too, growing up so close to them,” she says. Some of her favorite places in Charlotte are the library, the beach and the Charlotte Central School soccer fields.

The recreation program in Charlotte was a big part of Michaela’s childhood. She played soccer beginning at age 5, and when she got older, she played on the varsity team at CVU as the goalie. Michaela was also on the CVU track team and competed in throwing events.

Michaela really enjoyed growing up in Charlotte because of the small town feel. “Most people in town know one another, which makes the town a close-knit community,” she says. One of her favorite things about living in Charlotte is what happens in the month of October. Halloween is Michaela’s favorite holiday, and she remembers when she was younger the Pumpkin Man from CCS was the highlight of the Halloween season as well as the Halloween parties that were organized by the parents of the kids at CCS. Trick or treating in Charlotte was also one of her favorite things. “Trick or treating in Charlotte is always amazing because they close the center of town and it’s a really homey feeling, it’s a good dose of how the world used to be,” she says.

Two of Michaela’s interests are pottery and exercise. “The art classes and physical education here made me the athlete I am and gave me an interest in pottery.” Michaela took pottery classes when she attended CVU. Jules Polk was her pottery mentor at CVU and helped her realize she had an artistic side to her.

Michaela just finished her sophomore year at the University of Vermont and is majoring in microbiology. Once she finishes college, she would like to focus on infectious disease work in a research lab. Her dream is to work with the United States Centers for Disease Control and Prevention.