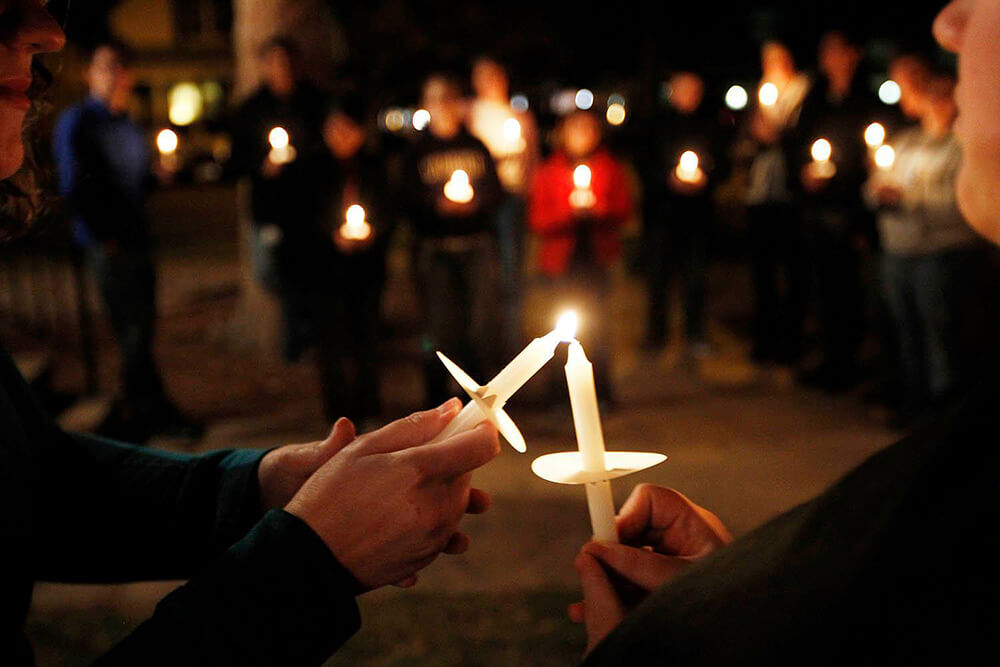 On Monday, Dec.11, 2017, the Social Justice Ministry of Charlotte Congregational Church (United Church of Christ) joined at least nine other faith communities in Vermont in hosting vigils called #endgunviolence. These vigils were held on or around the 5th anniversary of the shootings in Newtown, Connecticut, with the awareness that since Newtown there have been many more mass shootings in the United States. We began our vigil by lighting candles and praying in silence for 45 minutes. We then gathered for a group conversation where we:

I am proud to have been part of this vigil. I am proud to be part of both a church community and a wider community that are willing to host such an event. At the same time, though, I am mindful that we need more than vigils. How many vigils were held after Newtown? How many were held before?  Still… still…still…mass shooting after mass shooting occurs in this country.

As a country boy who learned to shoot when I was five and whose first job was setting trap at a gun club, I am not OK with that. Whoever you are, whatever your background and however you vote, you are not OK with that. Those in favor of more gun regulation and those who adamantly oppose it are not OK with that. And yet, at the risk of sounding preachy, I will observe that after each shooting we seem content to mourn, weep, and be outraged and to give into the feeling that it’s all beyond our control.

Kevin Goldenbogen is the senior pastor at the Charlotte Congregational Church, United Church of Christ.