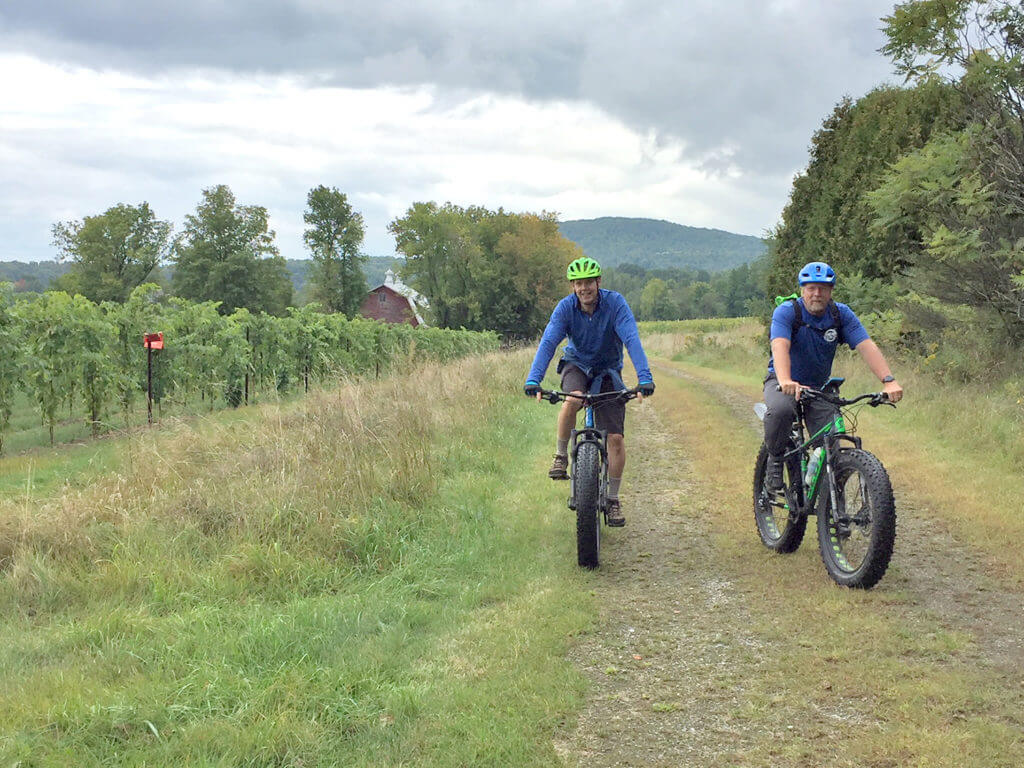 Many articles online discuss bike transportation trails—on and off road. The advantages of biking to work, for errands, to friends’ houses or just for fun are many. Bike Commuting’s Worst Enemy Isn’t What You Think is written by Arian Horbovetz, a Strong Towns member and blogger at The Urban Phoenix. The following article is republished from his blog, with permission.

When I tell someone I bike to and from work every day, I typically get one of four responses.

The fourth is more from people who I just met. It’s the “feeler” question, trying to see if I ride my bike because I’m either poor (which I kind of am) or I have a DWI (which I don’t). But you get the idea.

These are questions and comments of curiosity, of novelty and, sometimes, straight up rejection. In any event, most people in my home city of Rochester, New York, don’t fully understand why anyone would commute using any form of transportation other than a car. This mental construct is so pervasive that any form of transit other than driving is seen as either “fringe” or, worse, seen as a reflection of the person’s socioeconomic status in life.

As we continue to crawl our way toward making cities and towns more bike friendly for cycling commuters, the biggest barrier we may have to tackle, the one that gives people a license to dismiss it as a transit outlier, is simply perception—the misconception that bikes are a means of recreation instead of a tool for empowerment, as well as the commonly held notion that biking for transportation has to be motivated by a negative catalyst (poverty, loss of license, etc.).

In fairness, bikes are tremendous resources for folks that are in these positions. It can be a game changer, helping to level the playing field for our poorest communities. But there are a multitude of other reasons people make the choice to ride instead of drive. Many think the ultimate enemy of the bicycle is the car, but the reason cars are so dangerous is simply the false perception that our streets and roads are made for driving and nothing else. It is the complete dismissal, whether conscious or unconscious, of any other practical way of getting around. It is the lack of understanding that cars are one of many forms of transit, albeit by far the most popular one. It is the lack of respect for bikes as a viable vehicle for traveling to where you need to go.

In sum, it is the mindset that categorizes cycling as an inferior way of moving about rather than an appreciation for the community and personal health benefits it provides. My favorite bike cost me $250. It has one gear. It’s light, it’s fast, and it looks awesome. Contrary to popular belief, a single speed bike like this one is not hard to ride in the city. When it gets a flat, I fix it. It costs a few bucks and it’s easy to do. When the brakes are worn, I replace them, and it costs a few bucks and takes a few minutes. I am the worst human when it comes to fixing things and I can still fix virtually everything on this bike quickly and easily, and none of it costs much money.

Since I bought this bike late last year I have ridden it over 2,000 miles and will ride it for a heck of a lot more … all for $250 dollars and the peace of mind of knowing that my commutes are simple, cheap and for the most part enjoyable. OK, true, it’s tough in the elements sometimes. True, I’m not transporting a kid to soccer or biking two hours to see a friend in a distant suburb. In no way here am I trying to convince anyone that cycling is a magic carpet that solves all of your transportation problems.

What I am trying to do is change the misconception held by many who don’t travel via cycling that bikes are either for recreation or a “last resort, down and out” form of transit. Instead, they are very viable, practical, cost effective and enjoyable tools for short-distance trips. With the right additions, they can easily carry groceries, get you to work or to a location nearby or even a night out with friends. You never have to pay for parking or get stuck in traffic. They are simple to maintain, and there is simply no cheaper form of semi-speedy transportation in an urban setting.

Seeing bikes as transit machines, like cars, only slower, is an important mental hurdle for non-cyclists to overcome. It is no different than choosing a pickup over a sedan, a subcompact versus an SUV, or a luxury car over a coupe. It is simply another way to get from point A to point B, with advantages and disadvantages. The sooner we all accept this fact, the sooner we will begin to open our eyes to a multitude of transit options for our towns that truly benefit everyone