Opinion: The People’s Climate March, a celebration of the earth and joy

Opinion: The People’s Climate March, a celebration of the earth and joy 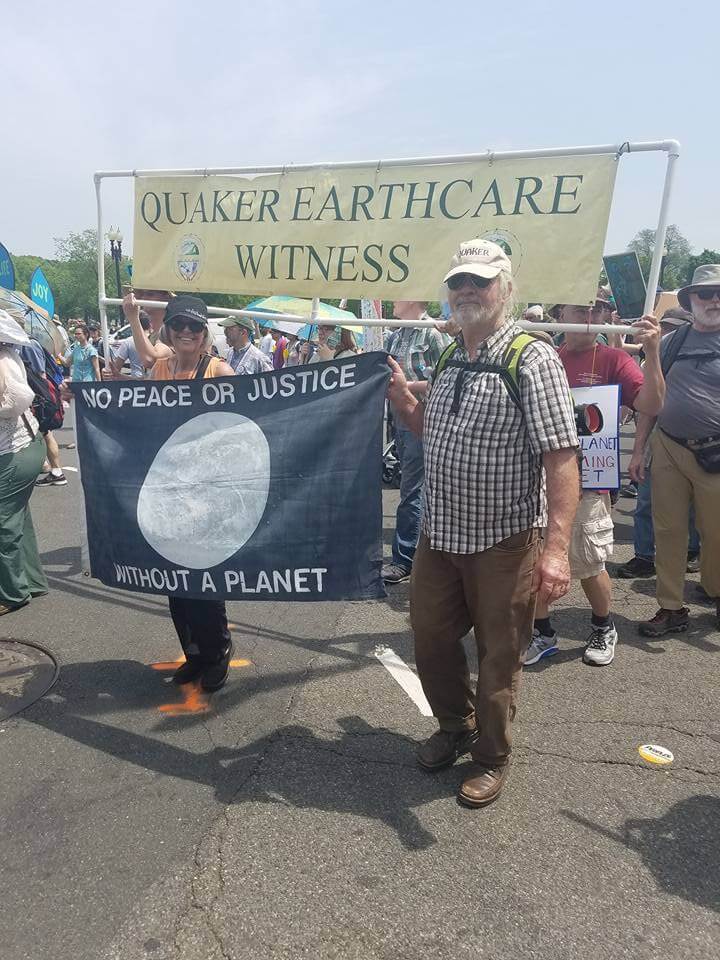 Ruah Swennerfelt and her husband Louis Cox in Washington, D.C. at The People’s Climate March on April 29. Courtesy photo.

What a day it was in Washington, D.C., for the People’s Climate March on Saturday, April 29! An estimated 200,000 people showed up in the capital, and another 100,000 were counted in sister marches around the country, including one held in Montpelier that many of our Vermont friends attended. As well, there were many sister marches all around the world.

I and my husband, Louis Cox, marched with fellow Quakers in the “Keepers of the Faith” contingent. The Quakers were squeezed in between the Muslims, Jews, Catholics, Presbyterians, humanists and pagans. Of course, there were many more faiths represented. Other contingents included indigenous peoples, immigrants, environmentalists, unions and much more. It was so exhilarating.

The high temperature for the day tied with 1974 as the hottest on record for that date—quite apropos for a climate-change march. The day was also significant since it was the 100th day that Donald Trump, a climate-denier, had held the office of the presidency.

Overall, the day was filled with joy and celebration of Earth and all her inhabitants. The signs were creative, funny, poignant and sad. The crowd snaked through D.C. and surrounded the White House. At 2 p.m. everyone who could sat down and began to drum a heartbeat rhythm on their hearts. Then, after a few minutes all stood and yelled out a great sound. There was much cheering, and the march then spilled onto the mall, where people shared their hopes and dreams for a sane and healthy future for all that lives on our little blue planet.