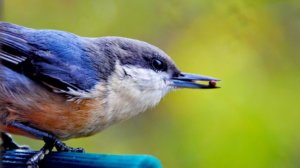 The Charlotte Selectboard met three times in late January to fine-tune the town budget and official warning for Town Meeting. Selectman Krasnow made a strong case for a separate warned article to allocate $40,000 to accelerate the Town Trails Plan.

The final budget was hammered out Jan. 30 after the revelation that assessments on Thompson’s Point properties would likely drop from about $890,000 to $802,000. That being the case, the Selectboard felt that it was not fair to continue to ask a higher lease fee. This will result in a reduced revenue stream for the town of about $93,000.

Ed Clodfelter, the town’s contract appraiser, will be engaged to accurately reappraise the properties. The resulting loss will likely raise the tax rate by 0.8 cents. The final figures in Article 5 of the warning can be found elsewhere in this newspaper issue. Further, the wording for all other articles was finalized.

Other administrative items decided during the meeting on Jan. 23 were the granting of permission to Waitsfield and Champlain Valley Telecom to bury a fiber optic cable along Association Way on Thompson’s Point. This will connect the cable providing coverage on Flat Rock Road.

An emailed report from State Police Trooper Matt Daley revealed that a heavily increased presence of patrols, as well as the presence of the speed cart, on Mt. Philo Road found that most motorists “are driving generally within the speed limit.”

The UVM Cycling Club received approval for its organizational plan to hold an intercollegiate event on April 2. As many as 250 cyclists in two waves are expected. Participants will gather at Spears Garage corner, proceed east on Hinesburg Road, thence south on Spear Street and finish up on Mt. Philo at Hinesburg Road. Marshals and police vehicles will be at all major intersections and at the churches.

Finally, the lease for Thompson’s Point lot 211 at 349 Lane’s Lane was terminated and a new 20-year lease was approved for Christopher and Susanne Davis.

LURs wend their way to the ballot; budget has to budge a bit