Health Matters: Learning the truth about one of the most common genetic diseases

Health Matters: Learning the truth about one of the most common genetic diseases

Centers for Disease Control and Prevention 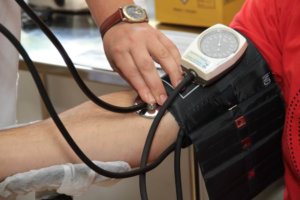 Sickle cell disease is one of the most common genetic diseases in the United States. It is estimated that more than 70,000 people have sickle cell disease and more than two million people carry the gene that allows them to pass it on to their children. People often mistake sickle cell disease as a primarily African-American disease, but in fact sickle cell disease affects millions of people throughout the world and not only people whose ancestors come from Saharan Africa but also from Spanish-speaking regions in the Western Hemisphere (South America, Caribbean, Central America), Saudi Arabia, India and Mediterranean countries such as Turkey, Greece and Italy. There are many other facts about sickle cell that most people don’t know—test your knowledge:

In addition, a person with sickle cell trait can pass the sickle cell gene on to their children.

Did you know that a pain “episode” or “crisis” is the most common symptom of sickle cell disease and the top reason that people with the disease go to the emergency room or hospital?
When sickle cells travel through small blood vessels, they can get stuck and clog the blood flow. This causes pain that can start suddenly, be mild to severe, and last for any length of time.

Centers for Disease Control and Prevention