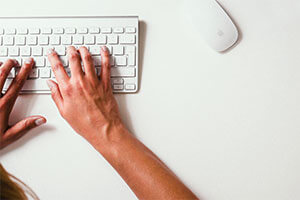 As I sat here writing a short piece on this year’s positions for elected town officials, I was moved by the number of potential vacancies. While we now have lived at Wake Robin in Shelburne for just over a year, my heart still lies in Charlotte, only 300 yards away. Dorrice and I spent more than 25 years in Charlotte, and we still participate in town activities when we can.

In my position as The Charlotte News Selectboard reporter I’ve had the chance to watch the multitude of volunteers who have made appearances, and it has been impressive. The Town of Charlotte runs on volunteers. This keeps costs low, but more important it provides the citizen input that is so vital to a small New England town. By this letter, I would like to inspire those of you with time and the inclination to run for one of the positions listed. You may be up against an incumbent or fill a vacancy. What I do know is that it will give you a great sense of satisfaction in helping to run this fine town.

The forthcoming year of potential change will be important for all of us,, and I urge you to help do your part in keeping Charlotte the great town that it is. Petitions can be obtained from the Town Clerk’s Office. They may be posted in several places around town or circulated amongst friends. A valid petition requires at least 30 signatures of registered Charlotte voters and must be returned to the Town Office by January 30.

I remember it well. It was 1968. Five months pregnant, wearing an itchy plaid wool dress, I stood up and gave my first speech at Town Meeting. I had decided to run for the office of lister because of my concern about the loss of farmland in Charlotte. My main goal was to do whatever was possible within the law to help reduce the property taxes on farmland (a direct quote from my speech!) because so many farmers couldn’t afford their property taxes and were selling for development. It was a contested race, so the vote went to paper ballot. Fifteen minutes later, the results were announced and I had won by a handful of votes. (My opponent was elected the next year, and we worked together for the next four years.)

Ten years later, town officials in Charlotte were voted by Australian ballot and no longer from the floor. That meant no more speeches on Town Meeting Day by candidates; instead they were expected to reach out to voters in other ways. A few went door-to-door and sent out mailings, but most relied on The Charlotte News for the distribution of information about the offices that were open and the candidates who were running. The Grange began sponsoring a forum so candidates could make their pitch before (a much smaller) group of voters.

Fast forward to 2017. We will experience another historic change in our Town Meeting process this year. The 1968 experience was true direct democracy. A large percentage of residents came to Town Meeting to discuss and vote on every significant issue in the town: the town budget, the school budget, elected officials, and all other issues on the warning. Anyone could stand up and speak; occasionally it was heated, always it was interesting. It was a treasured exercise in citizenship. That exercise will still exist this year for those who wish to participate, but with a difference: after the debate, the speeches and amendments, after the fireworks if there are any, the final vote at Town Meeting on any topic related to the town budget will be brought to the town for Australian ballot at a date yet to be determined at least six weeks later.

This change was approved last year, with a three-year sunset clause. The question will be how many more people will come out to vote on the budget, and will the Town Meeting results—with all its debate and tradition—be changed by the Australian ballot? And at what cost?

It is very important that we all participate in Town Meeting and express our views so that the budget and other issues are discussed in detail. It is an opportunity to see our town officials in action, to meet new neighbors and see old friends. We are so lucky to live in one of the few areas of the country where we have this opportunity. Town Meeting Day as always will be the first Tuesday in March.

What’s worse than a low information voter? A low information letter writer! Since writing the letter appearing in the Nov. 23 Charlotte News, I’ve learned that my complaints were misguided. The Charlotte ballot was not printed in error. Town officials send candidate’s names, generated by either party caucus or petition in the case of an Independent candidate, to the secretary of state’s office prior to ballot printing. If a candidate doesn’t appear on the ballot it’s due to the party’s omission, and not what I incorrectly assumed was a town clerk error. As the editor’s footnote to my letter pointed out, votes for write-in candidates were counted and reported in a timely fashion. The Charlotte election totals appearing in the Nov.16 news didn’t include write-ins; however, this wasn’t because those vote totals were unavailable.

I apologize that my letter pointed (unwarranted) blame toward our town clerk, who administrated the Nov. 8 election and subsequent vote count accurately and professionally.