Essential Elements: The story of a traveling bathtub

Essential Elements: The story of a traveling bathtub 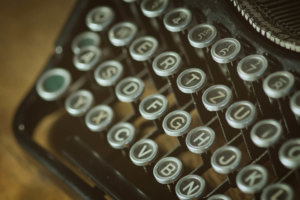 Editor’s note: Please welcome Essential Elements, our new addition to The News! This column will feature a different guest writer each month who will write about comical musings, quirky happenings and other essential elements of getting through this thing called life. Care to share? Email your column ideas to Lynn Monty.

Sometime in the late 1950s, my mother and stepfather, Uncle Stan, purchased a vacation home in Grafton, Vermont. Longtime residents of West Hartford, Connecticut, they had both always loved Vermont. Throughout my childhood, Mother had taken us skiing to Stowe and to other Vermont destinations, and wherever we were, she would always exclaim how beautiful the countryside was and wouldn’t it be wonderful to live up here. So finally, as they entered their sixties, they found a place that they loved in the picturesque town of Grafton.

This new purchase was an old and elegant farmhouse, a two-story, white clapboard house with black shutters, on the crest of the hill just above the town. The front doorway faced the road, an entrance that was never used, and from the road the house extended back perpendicular to it, to the kitchen and the attached sheds beyond. The driveway extended past the house, around several enormous pines, and ended at the old barn, a good-sized structure where the cars were kept. I loved that barn as much as I loved the house, with its great rafters, thick planking on the floor, a mysterious old hay loft and box stalls for the horses. I’d go in there and marvel, imagining all the animals that used to live there in rustic elegance. Hints of hay and manure odors still hung in the air.

The house itself was spacious with a dining room off the kitchen and a living room across the hallway at the front of the house. Upstairs there were three or four bedrooms and a large bathroom with what looked like the original plumbing, including the most delightful, tiny old bathtub. It was free-standing, barely 50 inches long, and had old-fashioned claw feet and faucets with round knobs. When we turned the faucets to fill the tub, the water spewed out the spigot with great force through a narrow opening only a quarter inch wide.

After a few months of living in this Vermont dream of theirs, Stan and my mother decided to do away with the old plumbing on the second floor, including the tiny bathtub. After all, the tub that came with the house was far too small for them on a regular basis. So the tub was removed and stored in the barn.

Around 1971 my husband Bruce and I joined a group of people who jointly purchased a large parcel of forested land in Willsboro, ten miles north of Essex, New York, called “Highlands.” We each then chose a small lot and began to build small vacation homes around the Highlands Forge Lake while preserving the bulk of the 4,000-acre property. We soon built a log cabin there, mostly with logs harvested locally. Though we were determined to build and to live there without electricity or running water, we thought that we needed a tub in the bathroom, so we approached Mother and Stan, who were delighted to give us the old claw-footed tub.

The tub went first to our home in Burlington, just when Bruce was immersed in the restoration of a 1958 Mercedes Benz with help from Bill Coon, then head of service at the Automaster Mercedes dealership. When the time came to coat the underside of the Mercedes with the best undercoating product on the market to protect it from the corrosive chemicals used on Vermont’s winter roads, Bruce brought in the bathtub, which received an undercoating right along with the Mercedes. The outside of the tub now had a glorious black, shiny coating, while the inside of the tub remained the standard white. Once coated and dried, the tub was delivered across the lake to the Willsboro cabin, where it graced our bathroom, more as a delightful ornament than a useable bathtub, for 30 years.

In the beginning we didn’t even have running water, so to use the tub, we had to heat the water on the woodstove and then pour it into the tub. Needless to say, that didn’t happen often. We preferred bathing in the lake in the summer, and in the winter, our trips to the cabin were short enough that bathing there was seldom necessary.

After 15 years with no electricity or running water in the cabin, using a gas-fired refrigerator and Aladdin lamps for light, and because our children, Heather and Peter, were in college and might soon bring friends there without adult supervision, I decided to bring in electricity and regular plumbing. An electrical line was snaked through the woods to the house—with electricity, we got all the usual plumbing fixtures: faucets, a flush toilet, a hot water heater and a shower! The same old pipes from the Grafton house, still attached to the old tub, were connected to the main water supply, and new tubing for a shower was run up the wall, with a showerhead providing ample water. Ah, Heaven! An oval-shaped shower rod was suspended from the ceiling, and the shower curtains hung from it. I loved the shower, except that the force of the water caused the shower curtain to billow inwards, something that I never figured out how to correct.

We all loved that cabin! But eventually there was a divorce, and the children were more involved elsewhere plus graduate schools, so in the fall of 2001 I agreed to sell the place to the Ferguson family, old friends already involved with Highlands, whom I had known since we first joined this venture in 1971.

Fast forward to 2016. This summer Heather and I visited the Fergusons at our old cabin, a real treat for us—to reconnect with dear friends and to see the cabin once again. They have made many changes to the place, and yet it is still the same old cabin that we all loved and where we had such good times. While sipping beers on the porch under a brilliant blue sky, Tim Ferguson, the current owner, casually mentioned that the old bathtub was parked in the Highlands barn and asked did I know anyone who might like it? I loved that old tub, but no, I couldn’t imagine anyone who would use it now.

Two months later, over another beer, my friend Dora Coates here in Charlotte mentioned that she’d love to find an old bathtub, especially a small one, for a house that she and Wolfger Schneider had recently purchased in Lincoln, Vermont. I mentioned that I knew of a lovely old tub across the lake, ten miles north of Essex, New York. Two months elapsed as Dora and Wolfger debated whether they really wanted this tub, what condition it might be in, and how to transport it to their new old place up in the hinterlands of Lincoln, another place without running water.

To speed things along, I drove over to inspect the tub, now in a barn with lawn mowers and rototillers. It was splattered with mud but otherwise in good condition. Soon after, in early November, I returned with Dora and Wolfger so they could see and measure the tub and figure out how to transport it. Would it fit in the back of their ten-year-old Prius? The short answer was: yes! In a week they were back; they lowered the back seats, laid out cardboard, and with help from the two men working on the Highlands property, they lifted and slid the tub, upside down, into the back of the Prius, with room to spare. Other friends in Lincoln helped them to lift the tub from the car, and it is now at its third home and back in Vermont, which is where this story started. I hope that they will enjoy this tub for many years to come, that it will be well loved and used—even when they must heat the water on the woodstove and fill the tub by the bucketful once again.