A few years ago, I wrote about a trip I took with family and friends to the Galapagos.

Between snorkeling adventures, sea lion sightings, sunsets and naturalist-guided walks around the sandy paths of the islands there, a few of us would retreat to our rooms or deck chairs with whatever book we had brought with us on the journey. My sister had brought some weighty paperback philosophy tome, a friend a treatise on modern educational practices, someone else had brought some articles … basically, reading they had been wanting for some time to get around to.

Me, I brought a hot-off-the press, page-turning, Lisa Scottoline thriller, which (as you might guess or remember) ended up getting passed around to every reader on board, while the more serious literary works got tossed to the wayside for later or never. Seriously, I had a waiting list for this book.

Well, fast forward a half-decade (maybe more) and picture me on a sandy, sunlit beach in Florida with the current book club read in hand: Markus Zusak’s “Bridge of Clay.” I had a week or so to finish it and figured what better place to do so than on my vacation. Well … I tried, I really tried — ask my daughter, she saw it all — but I ended up having to accept that, for this reader at least, while it may be many things to many people, this book is not a beach read. “Bridge of Clay,” while at first appearing simple, turns out to be a rather complex and confusing story, peppered with hints, flashbacks and vaguenesses whose significance is not revealed till later. One example: a peg. Another: a murderer. Another: a mule.

“In the beginning,” the book begins, “there was one murderer, one mule and one boy, but this isn’t the beginning, it’s before it, it’s me, and I’m Matthew, and here I am, in the kitchen, in the night —the old river mouth of light — and I’m punching and punching away. The house is quiet around me. As it is, everyone else is asleep.”

Murderer? Did someone say murderer? Is this a mystery? A crime novel? I won’t spoil anything by saying much more, but this is an unusual and challenging read.

Zusak is also the author of the well-loved “The Book Thief,” published in 2005 — international bestseller, translated into 63 languages, sold 16 million copies, and read by most of our middle-schoolers back in the day. 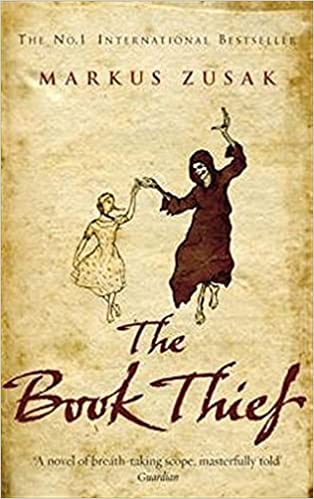 I read “The Book Thief” a few years ago and really liked it. I don’t recall it being nearly as confusing or complex as “Bridge of Clay” (published 13 years later). In “The Book Thief,” which takes place during World War II, Death is a character, and also the narrator, and a constant presence throughout … though not quite in the way one might expect. At one point, Death says, “Even death has a heart.”

In “Bridge of Clay,” death is not a character, but it is, I would say, a recurring theme. Right away, there is this murderer, and it takes a while to learn what this means. And right away, the reader learns this book is by a family devastated by loss.

I finished the book, eventually. (I usually do finish books, though on one occasion, I did hate a book so much that I hurled it into a recycling bin, never to retrieve it.) It provided excellent fodder for a book club discussion, but as I said, would not be my first pick for a beach vacation.

So … to continue the story begun above … what I did, once I realized I was not getting very far with “Bridge of Clay” on Sandy Beach, was to put it back in my suitcase and read something else. 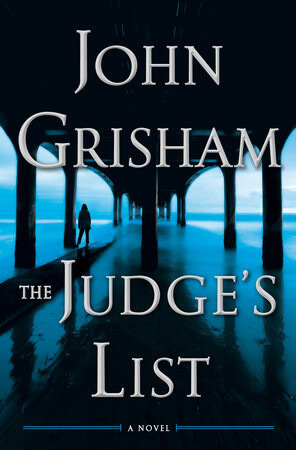 I found the replacement right away in the tiny library at the place I was staying. “The Judge’s List” by John Grisham. “Perfect!” I thought when I saw it on the new releases counter.

And it was perfect. The minute I started it I was in love. In love with the straightforward narrative, the simple (but not boring) characters, the plot, which started at a point in time and galloped forward at a fast clip. Great literature? I don’t know but who cares. Just right for vacation reading. Beach, airport, plane, hotel … this book was a perfect and entertaining companion. Just what the doctor ordered: fast-paced, exciting, linear. Phew.

“The Judge’s List” builds on characters introduced in Grisham’s 2016 novel “The Whistler,” in which investigator Lacy Stoltz works on a case involving a corrupt judge taking bribes from a crime syndicate. In “The Judge’s List” we meet up with Lacy again, a few years older and wiser, weary of her job at the Florida Board on Judicial Conduct, and ready to make some kind of change, till a woman with many names contacts her with a case involving a cunning, ruthless, patient killer, who also happens to be a Florida judge.

I will say no more, but highly recommend you think about bringing this with you on your next vacation. Trust me, you won’t even notice the turbulence on the plane ride there or the seagull stealing your lunch.

I will never forget when Grisham’s “The Firm” came out, back in 1991. I had heard it was good, brought it on vacation with me, and literally could not, would not, put it down, to the point where I was walking through the airport, dragging my luggage (and probably several children) behind me, paperback held up in front of my face, eyes glued to the text, desperate to find out what in the world was going to happen next.

I guess, in the end, the moral of the story is that there is a time and a place for everything. I will try to remember this when next I pack for a vacation.

A book that might be just great for winter evenings by the fire might not work so well on a lounge chair by the ocean with the sun pouring down, waves rolling in and out, seagulls crying, frisbees flying …

Suddenly I am missing vacation so much, I cannot go on. But hopefully spring is around the corner.