Throughout May and June, the fields behind Town Hall in Shelburne, at Charlotte Berry Farm and on Harbor Road buzzed with activity every day of the week. More than 300 boys and girls from Shelburne, Charlotte and Hinesburg took to the field during the regular season. Thirty-nine players, selected as all-stars, dreamed big with hopes of playing their way to the Little League World Series later this summer. The first milestone in this journey is to win the District 1 pool play and single elimination tournament, hosted this year at Schiffiliti Field in Burlington’s North End (8-9-10 and 10-11-12-year-olds) and at Airport Park in Colchester (9-10-11-year-olds).

Both the U10 and U12 Teams made it to the championship game. The U10 team fell to Williston, 5-1. The U12 battled hard in a twice postponed final, ultimately being ousted by Addison County, 6-1. The U11 lost in their semi-final game to Winooski.

It was a terrific experience for these kids, led by a great group of coaches and supported by a terrific group of SLL families. Residents can be proud that these young players represented our community well, playing each game with heart, class, teamwork and love for each other.

Celebrating its 50th anniversary season in 2021, Shelburne Little League is proudly represented by youth in Shelburne, Hinesburg and Charlotte. Currently more than 300 kids participate in the program from U12 All Stars Shelburne Little League.

Pee Wee T-Ball to Majors baseball and Minis to Majors softball. A Babe Ruth program is offered for those baseball players who have aged out of Little League. The league is incredibly fortunate to have so many coaches and volunteers who are passionate about the success of the players both on and off the field. Little Leaguers not only learn the skills, tactics and strategies of the game to improve as a player but also learn life and leadership lessons they carry with them beyond the playing field 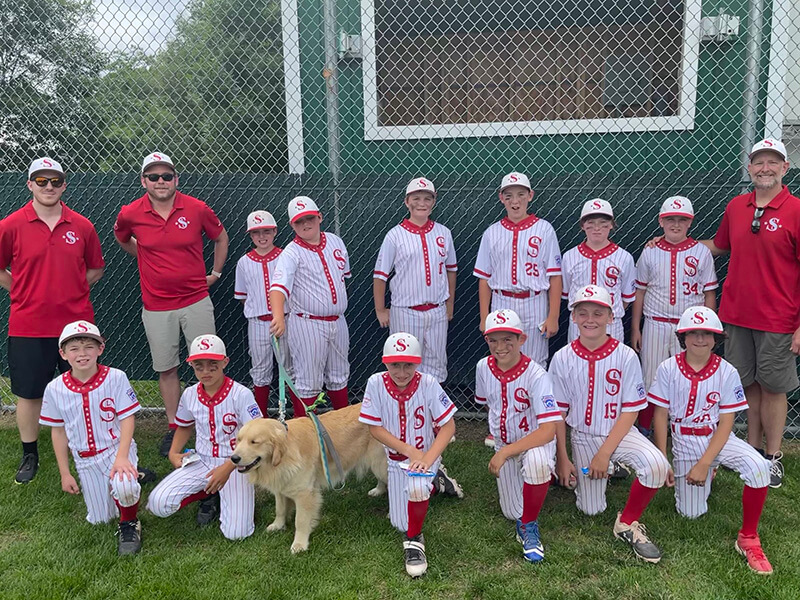 U11 All Stars Shelburne Little League.