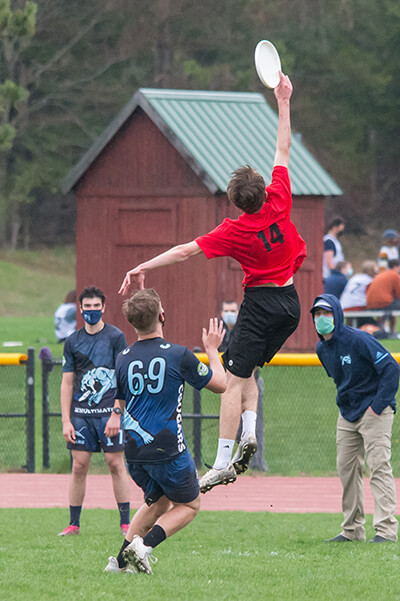 The Vermont high school coaches of hockey and basketball for the 2021 season named a number of Redhawks to both men’s and women’s teams.

Beginning with women basketball stars, CVU’s Catherine Gilwee was named Player of the Year for the Metro Division. Shelby Companion earned second team honors, and Josie Pecor and Madison Reagan were awarded honorable mention. Unfortunately, the season was curtailed by the coronavirus pandemic before the state tournament could be carried out. CVU has a history of state championships under coach Ute Otley.

Battle for the Bucket goes to CVU
The annual “Battle for the Bucket” men’s lacrosse game between CVU and Essex went the Redhawks way on Monday. But, it took two minutes into a second overtime before it was decided, 13-12, on a goal by Colin Zouck. Colin and Shane Gorman led the CVU scoring with five goals apiece, and Nolan Shea added two. Jake Bowen was called upon for seven saves.