Our annual reminder about safe cycling 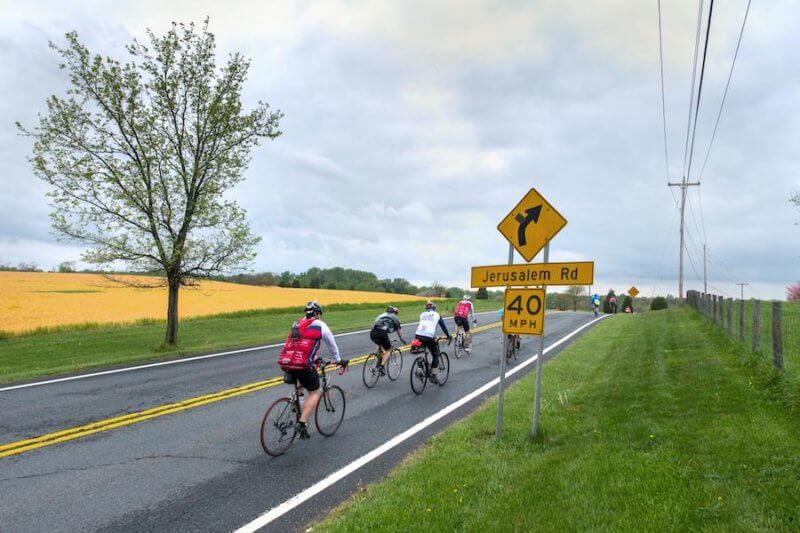 Each spring bicyclists return to Charlotte’s roads, and in this COVID year they seem to be out in greater numbers than ever. According to Bicycle Retailer and Industry News, bike sales in 2020 were up 50 percent over 2019, and parts and supplies have been in short supply at bike shops nationwide. Tim Mathewson of Little City Cycles in Vergennes says, “I’ve got 50 bikes in line for a tune-up right now. I haven’t seen anything like it since the oil embargo in 1973.” All of which means that now is a good time for our annual reminder to both drivers and cyclists about how to share our roads safely.

Cycling is dangerous. According to the National Center for Health Statistics, 1,024 cyclists were killed in 2018, the last year for which such statistics seem to be available; 682 of those deaths were the result of motor vehicle crashes. According to the to the National Highway Traffic Safety Administration, 55,000 cyclists were injured seriously enough in 2018 to file a report; vastly more were injured less seriously. Males accounted for 87 percent of cycling deaths, and the most dangerous hours to ride are between six and nine p.m.

So, here again are a few reminders for how motorists and cyclists can share the road safely.

For motorists
Give us a brake. Two situations pose particular dangers to cyclists. The first is when a car is coming from behind us in our lane and another is coming toward us in the oncoming lane, and we’re all going to meet at the same spot in the road. The second is when we’re slowly laboring up a hill and into a curve. In either situation, there is no good outcome for the cyclist if the motorist coming from behind misjudges the space available for passing.

Please slow down and let oncoming traffic get clear before passing us, and wait for us on blind curves and hills. You’ll delay your arrival by only a few seconds, at worst a few minutes, and the time you’ll invest in slowing down is well worth the aggravation and expense of the ensuing legal procedures and the multiple years of increased insurance that can come in the wake of an avoidable accident.

Turn your lights on. Most cyclists ride with a small mirror attached to their handlebar or bike helmet. It’s far easier for us to see you coming from behind us in our mirrors and to make the appropriate adjustments in our riding, like getting into single file, if your lights are on. This is particularly true if your car is a dark color. Darker cars blend into the asphalt and are almost invisible in our mirrors until they are fairly close behind us. Not so, however, if their lights are on.

If you’re hauling a trailer… Twenty years ago I was knocked off my bike and into a hospital when a driver pulling a hay trailer passed me and swerved back into my lane too soon. Last year, my wife, who was riding in front of me on Hawkins Road in Ferrisburgh, almost got hit by a boat trailer when that driver pulled too quickly into our lane after passing us. Vermont law requires motorists, when passing cyclists, to “exercise due care, which includes reducing speed and increasing clearance to a recommended distance of at least four feet.” That four-foot clearance applies to both the vehicle and the trailer. Violations are subject to a civil penalty of $200 or more. My best guess is that the boat trailer missed my wife by about 12 inches.

And if you want to warn us that you’re coming up from behind, give us a few light taps on your horn when you’re still some distance behind us. A sustained blast when you’re relatively close could startle us into losing control.

The easy way for a driver to avoid “dooring” the cyclist is to open the door using the hand farthest from the door. By reaching across your body with your right hand, your torso and head turn toward the door, which enables you to scan the side mirror and, by twisting only a bit more, look behind you for oncoming traffic before opening the door.

For cyclists
For cyclists there is one overriding rule: Ride defensively. Wear bright clothing. Be constantly alert to road and traffic circumstances and anticipate the actions of pedestrians and vehicles. NHSTA’s rules of the road include the following:

Vermont State Law requires that bicycles be equipped with a white light on the front, visible from 500 feet away, and a red reflector on the rear, visible from 300 feet away. A red, illuminated rear light is also helpful, but should be used in addition to a rear reflector, not as a replacement for it. While a helmet is not required in Vermont, wearing one will significantly lower your risk of brain injury or death if you’re in an accident.

In Vermont, bicycles are considered vehicles and must signal (unless it cannot be done safely) before turning, decreasing speed, or stopping:

A particular peeve of motorists is coming up on cyclists riding two abreast. Cyclists are, however, legally permitted to ride two abreast unless doing so impedes traffic. The penalty in Vermont for impeding traffic or for riding more than two abreast is $100.
Charlotte’s roads are for drivers and cyclists alike to enjoy. Let’s all be safe on them.

The Vermont Legislature is currently considering bills to classify, label and regulate electric bike use and to fund incentives for electric bike purchases, highway improvements for high-use bicycle corridors, and signage on bike paths. Look for updates in future issues of The News.