Congratulations to Annika Gruber and Lila Taylor whose poems were selected to appear in the Burlington Free Press’ Young Writers Project on Jan. 29. Calling her poem “Mind Watcher,” Annika wrote about how movies project what a person’s mind sees through that person’s imagination. In a current setting these days in theaters, due to coronavirus infestation, the author sits alone as her thoughts parade their way across the screen. Soon the theater fills as people from the author’s future “trickle in.” As the author left, everyone left with her and the next person came in to begin his viewing. And so it went.

In an “Ode to Strangers,” Lila talks about moments she has shared with strangers, most often happening in spots and at times when they are unexpected—a “warm smile from an elderly woman walking down the street,” someone opening a door for her, a kid looking up at her with an earnest glance as he hands her the hat she dropped. She says that while they are all strangers, they are “all aware of each other’s presence yet completely inside their own worlds.” She ends her poem by saying to all the strangers she sees, “Although we’ve never met, I think I miss you most of all.”

Congratulations to Courtney McDermott and Margaret Eagan who had their poems selected to appear in the Feb. 5 Young Writers Workshop of the Burlington Free Press. Margaret’s “Letters” asks the reader to answer whether we are all just “inky swirls scrawled across the page”—letters—just “As and Ts crossed before the end?” Our lives depend on vowels.

Courtney’s poem is titled “Something Simple.” In it she says that “while life seems to form out of many simple things, we seldom think of them at the time they occur.” The author goes on to say she is always thinking of last year, yesterday—“something I never bothered to appreciate at the time, or something you (reader) didn’t.” She closes by asking simple questions that she will “never bother to think about again.”

Sympathies are extended to family and friends of Rita Kieslick Johnson of South Burlington who passed away Jan. 27 at the age of 94. She and her husband, Donald Johnson, began the Overhead Door Company of Burlington, which grew over her tenure to include offices in three other towns in New Hampshire and Vermont. Following her retirement as the company’s president in 1999, its management was picked up by members of her family who continue to run it. She is survived by her daughter, Lynn, and Lynn’s husband, Tony Cairns, of Charlotte and Bonita Springs, Fla. Her family included seven grandchildren and four great grandchildren.

are extended to family and friends of Norman Leduc, now of Rockledge, Fla., previously of South Burlington, who passed away Jan. 27 at the age of 82. He married his wife, Jeanne Laberge, in Charlotte, and they lived for a number of years on their farm on Cheesefactory Road in South Burlington. His brother-in-law Louis Laberge of Charlotte died before Norm did. The family asks that, in lieu of flowers, donations be made to ReflectionsLSC.org. 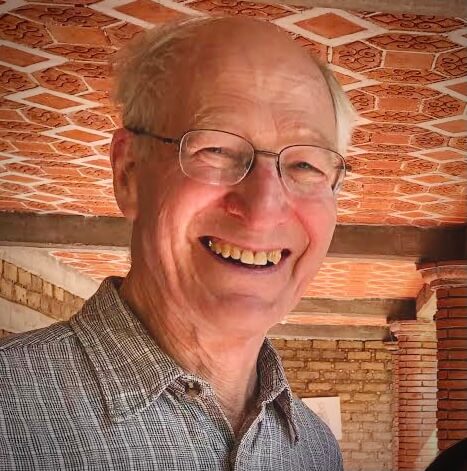 In the wee hours of Saturday morning, Jan. 16, 2021 David died in his sleep on the couch with the latest New Yorker magazine at his side. It was a total shock to all who knew him. David was the image of fitness and vitality, but his heart appeared to fail him after 75 active years. If you knew David at all, you knew him entirely because he was just as he appeared—generous, kind, enthusiastic, principled, optimistic and loving—no pretensions and a real mensch.

The best day of his life—David stated often and emphatically—was the day he became a father. He adored his three sons, Tucker, Ethan and Brooks Bond-Watts, and his wife, Lynne Bond—his partner and collaborator in parenting and adventure. Delighted as his family grew, David dearly loved Tucker’s wife, Kristen, Brooks’ wife, Diana, and their two children, Katie and Misha. His niece Molly was like a daughter to him; his brother Lanny was his very best friend; his sister Linda was a dear life-long connection; Omar Granados came to be seen as an “honorary son.” David got such joy from his family and friends, and from their families and friends. The circle was ever expanding and David ever welcoming.

David’s life is difficult to summarize because it extended in so many directions. A day on the ski slopes, camping in the woods, canoeing, and roaming the world with friends and family, especially with his sons, brought him pure delight. As David strolled through Burlington, his companions would often call him “the Mayor” because everyone seemed to know him, folks from all walks of life. David explained that what he loved best about his occupation as a lawyer was his opportunity to “learn everyone’s stories.” Nothing satisfied him more than the ability to help family, friends, and clients find ways for life to flow more justly and smoothly.

Born in Middletown, Conn., April 23, 1945, to Fay Bennett and Rowland Watts, David spent his childhood years in Usonia, New York, and graduated from Pleasantville High. Usonia was an unusual, experimental, collaborative community that his parents helped to shape. The commitment of Usonian community members to social justice and equity profoundly affected David’s goals and actions throughout his life—his pursuit of a legal career as well as volunteer activities that focused on social justice, economic and housing equity, developmental disabilities rights, and family law; and his extraordinary generosity and skills in collaboration, especially supporting those with more limited resources.

A graduate of Haverford College (1967) and Antioch School of Law (1975), David established strong friendships that remained central to his adventures and soul-searching conversations throughout life. He began his legal practice at Vermont Legal Aid, acting on what he preached and believed. The majority of his law practice was shared with Stephen Blodgett, an important partner, mentor and friend. Paul Volk subsequently joined their firm as well. David was “thinking about retiring” next December 2021 (at age 76!).

Of David’s many community and volunteer activities, he was an enthusiastic member of the Charlotte Land Trust. He loved the thoughtful and collaborative spirit and action of the group and was convinced that it made a huge contribution to our community. Perhaps most important to him was his shared leadership of Volunteer Vermont. In response to the racist arsons of many southern Black churches during the mid-1990s, David helped to organize youth and adult service trips from Charlotte and surrounding towns to Summerton, South Carolina, for 15 years, to rebuild community centers and places of worship. He was also instrumental in founding the nonprofit Volunteer Vermont, LLC to raise money for building supplies and trip expenses.

In light of the current pandemic, no formal gathering or celebration of David’s life is currently planned. We encourage donations to the Southern Poverty Law Center, the ACLU, and to any local food shelf. Please know that David’s family deeply appreciates whatever friendship and care you brought to his life.