It’s been a long time since I last wrote. I could say life got in the way of my column, but truthfully, I’ve been grappling with its format. This year has been tough on my music discovery—all of the world’s doom and gloom has encouraged me to revisit my all-time favorite sad-guy albums and stay inside. My enthusiasm for sitting down and finding the next best thing is waning; with so much going on in the news, my big question is “who cares?” I think there are far more compelling themes to explore in the unique times we’re living in. 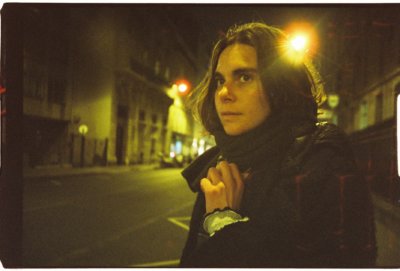 Outside of my writing, isolation in a pandemic resonates throughout the creative industry in a variety of forms. Songwriters and artists struggle to find inspiration to make music, record labels fight to promote their projects in an endless breaking news cycle, and music venues have to completely change their business models to adapt to concerts with no crowds. I’ve had conversations with friends in all facets of the industry who are trying to figure out how they fit into this new world and what their work means now.

One of these conversations I’ve had is with my longtime friend and recording artist Francesca Blanchard, who self-released her sophomore full-length album “Make It Better” last July. I first met Francesca running cross-country at Charlotte Central School and almost immediately knew she had an x-factor. She spoke multiple languages, acted, performed, sang. Over the years she went off for acting gigs, threw concerts in the barn behind her parents’ house, and released her debut LP through Charlotte-based world music label Cumbancha Records to critical acclaim.

In this interview, Francesca and I discuss creativity in quarantine, navigating the satisfaction of releasing an album, and how to feel after you’ve shared your best work. She is currently living and working in Paris.

How has your creative output been?
I think there were many phases to the “lockdown effect.” Inspiration comes in and out. I’ll be honest, since June I’ve only been writing sad songs! This year’s been one of the most physically and emotionally isolating, and I write about my own experiences so the demos I’m working on are all pretty much a reflection of that solitude. I feel like I’ve been sweating out the really depressing ones in order to make room for some upbeat bangers, we’ll see if those come naturally.
Close to the release of “Make it Better” you issued a statement about the moral dilemma of promoting your work during such a tumultuous time in our country.

What was it like finally releasing the record?
Releasing the album felt like a huge exhale. I was definitely ready and excited to finally share it in full. Within the context of spring 2020 however, it was also incredibly difficult and I was very torn. The last thing I wanted to do was take up room or make noise that felt irrelevant to what was going on in America at the time. We were at the height of the Black Lives Matter protests following the death of George Floyd, and I was knee-deep in new information and processing a kind of communal guilt I hadn’t ever faced before. They were, and are, incredibly important emotions to sit with, yet they conflicted immensely with the joy of releasing new work. I chose not to hold off on the release because I found that doing so would inherently mean I was waiting for a more “appropriate” time—for the dust to settle, so to speak. And I couldn’t justify that morally.

What I wish I did differently… perhaps to have not been so afraid to actually celebrate and promote the release. I’m very proud of this work, of what it stands for personally. I’d spent the last two years of my life putting my absolute all into it. But I went into hibernation mode the very next day because I was afraid. But that silence hurt me economically and set me back creatively. That said, I know there’s a silver lining in all of it.

You describe “Make It Better” as “an album about overcoming heartbreak and making good out of pain.” Do the songs and album take on a different meaning to you since being in lockdown?
The album’s message certainly took on a whole new layer of relevance due to COVID. I think its namesake, “Make It Better,” was the pinnacle of what I wanted my music to communicate both to myself and my listeners, and when everything started to change, there was like a “right place, right time” moment, thematically speaking. This year has felt very stagnant, like it’s felt impossible to grow and move forward. These feelings of solitude and heartbreak I wrote about pre-COVID were suddenly universal and I think that made the music all the more relatable, which is important to me. In that sense, I’m glad that the circumstances surrounding the release were such that the songs became all the more impactful (not that I’m glad about the circumstances, let’s make that clear!).

Reviews of “Make It Better” seemed overwhelmingly positive—one of my favorite comments was from a group discussion at Seven Days, where they described the record as sounding “like it’s driven by a woman in her twenties rather than the older adults around her.”
I was very moved by this review, and that line in particular. This album definitely marks a departure in my songwriting, but more importantly in my own relationship to music. Since pursuing music more professionally, I started getting a bit lost in what was expected of me. The focus suddenly became about the reception of the output, rather than the process itself. This album to me will always be about that rediscovery of the process, about giving myself permission to work my way. When I released “Free” (the album’s first single) in 2017, I had no idea how it would be received. It was such a musical shift. I almost considered finding a different band name so it would “fit” more. I didn’t know I’d be returning to music at the time. I think that’s why I placed it as the album’s opening track, it felt like the catalyst for change. In a broader sense, to make and release this album was to give myself permission to say what I want to say however I want to say it, and that is precisely an artist’s job. There are no rules. I didn’t know that before this album.

Give me a life tip
You are not what you feel; it’s just something you’re going through.

Francesca Blanchard’s album “Make It Better” is available across digital platforms worldwide. You can listen to select singles from the album, along with Francesca’s recommended music.