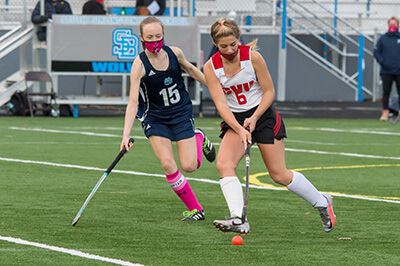 Hailey Chase, Lena Ashooh, Sophia Stevens were named to the 26th annual Burlington Free Press All-State Field Hockey Team. Hailey was a senior forward. This was her second year as an All-State selection. Lena, a senior midfielder, moved to that position this past year after playing forward before that. She, too, has earned All-State honors two years in a row. A junior defender this past year, Sophia had previously been the goaltender. This was her first year to earn All-State. She was also named to the Metro Division all stars, as were Hailey and Lena.