Wood Duck Heaven might be the fountain of youth

Wood Duck Heaven might be the fountain of youth 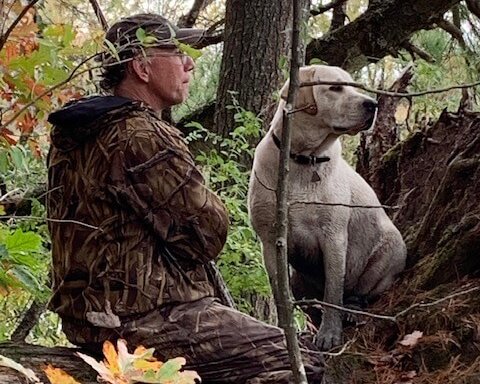 Twenty years ago, I was 41 years old. My experience as a professional waterfowl guide was at its zenith. I had wealthy clients from big cities and fancy gun clubs that never seemed to have the time to scout and practice calling ducks. My body was still quite strong, and I had an ego to match. I thrived on taking chances, navigating my duck boat in 20 knot winds with three-foot swells, marching through floating bogs where the matted vegetation was covering three feet of mud and two feet of water. When an errant step meant that I was in up to my neck with 30 pounds of decoys in a sack strapped to my back. It was during those years that my hunting partner John and I discovered a place we called Wood Duck Heaven.

We found it on a Northern Cartographic map of central Vermont. It was nothing but a piddly little horseshoe-shaped slough from a larger heavily hunted swamp. Using our map scale, we estimated it to be about ½ mile from a fourth-class dirt road. We both agreed, “How bad can it be? Maybe a few tangles, a little bushwhacking, maybe some mud?” We jointly accepted the challenge to discover this new spot. The next morning, we were at a small pull off on a muddy clay road. We slid into the small ditch. The tires had accumulated enough clay to render the treads useless. But we agreed that we would deal with that problem later – right now we were hell-bent on pursuing our adventure.

Headlamps mounted on our foreheads, a bag of decoys on our backs, guns, calls, and backpacks, we ventured into the woods where no path had been. We pushed through sapling whips with abandon. The occasional poke in the face be damned! We slugged through buckbrush and scrambled up gullies. When we got to the pool of water, still in the dark, it erupted in raucous whistles and quacks. This was our reward! The El Dorado of waterfowling.

It was a small pool – maybe 15 by 30 feet. We slid down the steep clay bank in our waders into bourbon-stained water assuming at some point that our feet would touch bottom. It wasn’t really a touch. It was more like being slowly consumed by a quagmire of rotting aquatic vegetation. Now when you’re young like we were, this was exciting. We had no concerns about swimming our way out of impending quicksand. We were bold. Foolish even. And full of optimism. After wallowing around in the mud and laughing at the difficulty we had walking one leg at a time in knee-deep primordial ooze. We set out our wood duck decoys on the east side of the pool and mallards and greenwing teal on the west side. We crawled back up the shoreline to take a seat on an old blowdown. As dawn slowly crept in over the pines and the mountain to our west began to take shape in the deep purple sky, the show began.

Hundreds of ducks began circling above the tree line to our north. They flew in every direction, squealing and whistling, quacking, and peeping, each with their own distinct call. Most of them were wood ducks.

When legal shooting time arrived, we were able to take our two specimens rather quickly as they pitched in to our spread with utter disregard for the plastic deceivers. The daily bag limit then was two woodies per person. After we admired the stunning green crowns with the white racing stripes and the blood red eyes, we sat and watched the hundreds of others flapping in the water, calling to one another and generally celebrating the crisp autumn morning. We dubbed it Wood Duck Heaven, for never had we witnessed anything like this in our decades of waterfowling.

Fast forward twenty years. I am now 61 years old and life is different now. I can’t depend on my right hip to sustain my balance. My lower back is not what it used to be. My knees wiggle from side to side and I’ve put on some of that extra padding that often comes with age. But last week, my partner John and I had been discussing how to hunt in a drought year, where most of the boat accesses were not usable due to low water. We talked for a long time about where to hunt for the upcoming weekend. I suggested “Why don’t we make a pilgrimage back to Wood Duck Heaven?” John answered, “If we’re going to do that, we better do so before we get any older.” I agreed.

As we slid into the ditch of the old dirt road, we sensed that maybe we could both handle this challenge just one more time. Walking through the brush was a little different at this juncture. The uneven footing was downright painful to an aging lower back. The whips stung a little worse and the buckbrush at times appeared to be impassable. When we got to the gully, it was apparent that Hurricane Irene had had her way, carving out considerably deeper chasms. We literally slid down the bank on one side and climbed on our hands and knees on the opposing loose dirt on the uphill side. I had to stop numerous times to stretch.

When we got to the honey hole the bank seemed steeper and when we slid into the mud on the bottom, somehow it was more ominous than before. I was thinking, “What if…what if …there is no bottom?” We slogged through, placing one foot at a time two steps in front of the other and rocking our back foot out of the unreasonably stubborn mud. We set out our decoys in the dark in this nightmarish subsurface.

We climbed up on the bank and took our positions on the same old blowdown and shared a cup of French roast coffee in the dark. The smell of the coffee, mixed with the aroma of decaying vegetation in the water and the cool autumn air with just a hint of woodsmoke from a distant camp, surrounded us.

As dawn crept up the side of the mountain, we heard the first “whooo-eeeek!” of a drake wood duck. Within minutes the sky exploded with wings. Wings whistling in pre-dawn. Squeaks, peeps, quacks, and whistles echoed through the slough. The show had begun. Just as it had twenty years ago.

As we stood to shoot, my body suddenly came alive. It was as if my youth had returned. I shouldered my shotgun and quickly swung on a fast passing left to right shot on a drake intent on strafing our decoy spread. It was instinctive. Without thought or calculation for the speed of the bird, I swung through the target and pulled the trigger as though I’d done it a thousand times.

The bird dropped into the decoys and I slid down the bank to retrieve it. When I returned to my post, I said to John. “Funny thing. That mud seemed a lot deeper when we got here.”