The Suburbans Babe Ruth team is on a short but intense schedule this summer, playing three games a week over a five-week period. Missing is George Taylor; in the photo, left to right, is Ronan Evans, Daniel Tuiqere, Lander Magoon and Gabe Merrill. Photo by Chea Waters Evans.

Babe Ruth baseball swings summer bats
The Shelburne based Suburbans, a Babe Ruth baseball team of 13- to 15-year-olds, began a shortened summer season on July 1 that will run through August 6. The team has five Charlotters on its roster: Ronan Evans, George Taylor, Lander Magoon, Gabe Merrill and Daniel Tuiqere, all CCS 8th graders who are missing a school season and filling in with Babe Ruth League.

Through last Saturday’s game the Suburbans had three wins and three losses. Three other towns are sponsoring teams: Barre, Burlington and Essex. Essex has traditionally sponsored the Strikers as a traveling team. However, this year they will stick close to home to avoid exposure to the Corona Virus. Several rules apply to players in regard to Corona. During the game they are encouraged to sit throughout the bleachers at appropriate distances from each other. They are required to wear masks when they are on base or when, as infielders, there is an opposing team’s runner on their bases. According to our editor, Chea Evans, whose son Ronan plays for the Suburbans, they are not doing a great job of spreading out—“Teenage boys, you know . . .” Chea says. 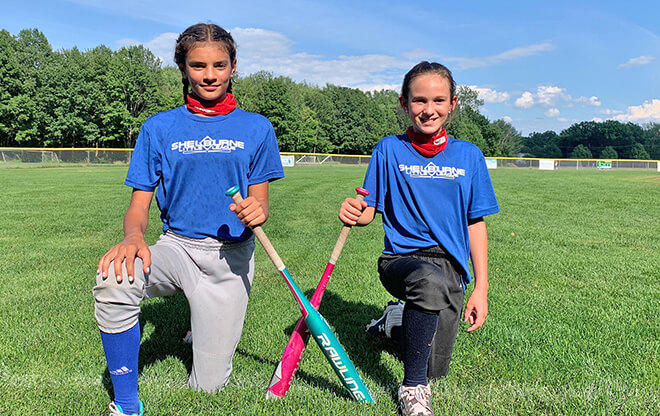 Two Charlotte girls are playing on the Shelburne Little League Softball team this year, Apryl Tuiqere and Kaiya Galipeau. Apryl is going into seventh grade and Kaiya is going into sixth grade. Apryl’s dad Junior Tuiqere said the league is “very competitive” and that the girls are working hard.

Vermont principals debate delaying high school sports
The Vermont Prinicipals Association (VPA) has been given a recommendation to delay the start of sports that are not high contact. However, they could, in turn, engage in youth and recreation activities at a earlier date. This guidance was shared by the Burlington Free Press and VPA Associate Executive Director Bob Johnson. The state’s Agency of Commerce and Community Development specified the recommendation. The newspaper’s Varsity Insider Facebook said that a number of its readers questioned the “VPA’s move to hold off pre-season until at least the start of the school year in late August or early September.” Nearly 1,200 signatories wanted the fall seasons to start August 10 as scheduled.