New Publisher for The Charlotte News

New Publisher for The Charlotte News

The Board of Directors, The Charlotte News

On July 17, the board of directors of The Charlotte News announced that Claudia Marshall will replace Vince Crockenberg as the paper’s publisher and president of the board. 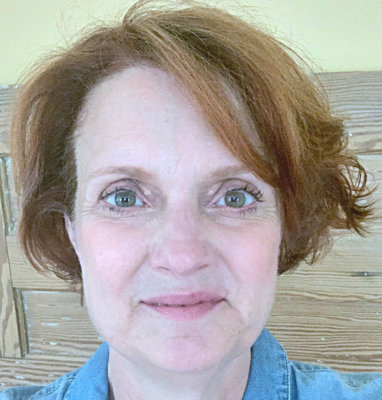 After almost six years in both positions, Crockenberg stepped down in order to “get some relaxation out of my so-called retirement.”

Crockenberg nominated Marshall as his replacement. The News’ board gave unanimous approval.

“It’s been a great run,” Vince said, “and it seemed like a good time to bring in someone new as president and publisher. Claudia has extensive and successful experience in fundraising, newsroom management and digital media, so I think she’s the ideal person to build on what we’ve accomplished in the last several years.”

To assist in the transition, Vince will remain on the board as a member until April 2021, when his second four-year term expires.

Marshall brings to her new role as publisher a rich and varied background in journalism both online and over the airwaves. Her early career included managing news coverage and anchoring the morning drive news broadcasts at K-EARTH 101 in Los Angeles and at KXL-AM and -FM in Portland, Oregon.

She moved to New York City in the 90s to become a network news anchor at CBS News, then ABC News, broadcasting nationally on both radio and television. From 2001 to 2012 she hosted a morning drive-time talk and music radio show on National Public Radio’s flagship contemporary music station WFUV-FM at Fordham University in the Bronx, hosting live music events and interviewing leading names in music and the arts.

She’s been recognized widely for her work: Claudia has earned local and national awards for reporting, writing, editing and producing, and won a global award for investigative journalism.

Since 2012, when she moved to Vermont, Marshall has worked as an on-air fundraiser for Vermont PBS, produced and reported lifestyle and feature segments for VPR News, North Country Public Radio and the Burlington Free Press, and created, hosted and produced “Soul Shindig” for Farm Fresh Radio, 102.9 FM. Claudia also recently worked for three years as the Director of Good Works and Public Relations at Gardener’s Supply Company in Burlington. She is an active volunteer in Charlotte and says she loves living here with her husband, Matt Zucker and her rescue dog, Trudy.

Despite a change of leadership, the News’s new publisher, Claudia Marshall and the board of The Charlotte News are committed to delivering on the paper’s current five-year strategic plan.

The plan identifies four goals for the paper over the next several years:

According to Crockenberg, “Over the last three years, we’ve renewed the board and organized our work more efficiently, significantly ramped up our fundraising work, and increased and improved our digital presence. With advertising revenue continually at risk and readers moving increasingly toward digital news sources, we need to build on that preliminary work as quickly and fully as possible. In the board’s view, Claudia has exactly the right set of skills to see that work through to a successful conclusion.”

Of her new role, Marshall says her primary goal is to be of service. “Vince is handing over the helm of a strong paper with a great staff and a terrific board, as well as the support of our community. With the pandemic, our work is more vital than ever. Vince has done a lot of heavy lifting and I’m lucky to have a clear roadmap in our strategic plan. My job is to execute on that plan.”

The Board of Directors, The Charlotte News