The “wolf” on Mount Philo

The “wolf” on Mount Philo 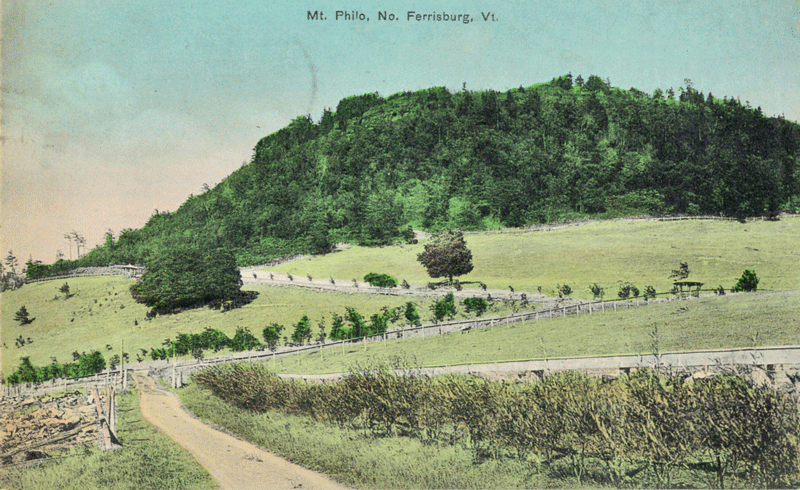 The sugar maple as a youngster on the right-hand side of Mount Philo Road in what was once open pasture.  Photo courtesy “Secrets of Mount Philo” by Judy Chavez.

On February 6, The Charlotte News published an article by Chittenden County Forester Ethan Tapper on wolf trees. Tapper defines a wolf tree as one that grows in an open field, like a “lone wolf.” Charlotte has several such trees, including a big sugar maple to the right on the road going up Mt. Philo, 200 or so yards before the road splits into an up road and a down road.

This tree survived the 1998 ice storm, when most of the trees on that side of the mountain were destroyed by the weight of the ice on their branches. After the storm, cleanup crews carefully trimmed the tree to preserve it, but all other trees nearby were removed.

I have attended two slide shows about Mt. Philo. Both showed the tree as a youngster growing in an open pasture on the road going from the Mt. Philo Inn up toward where the road now splits. The second presenter was Judy Chaves, whose guidebook, “Secrets of Mount Philo,” included a postcard picture of the tree in an open pasture. In the book, she described the picture as an “Early 20th century view of Mount Philo.”

Continue up the mountain road. 400 feet beyond the first hairpin curve, standing 50 feet uphill from the road, is a majestic, widely branching maple with a large gnarled trunk. The wide branching of the tree speaks of time growing out in the open (such trees are sometimes called “wolf” trees). And indeed, this is the same tree shown in the previously mentioned postcard … standing by itself in a field, uphill and slightly distant from the newly built carriage road. Also visible in the photo is a row of younger trees, maple saplings, probably planted along the road soon after it was built. Several of these trees are visible today beyond the large maple, growing in a straight line along the current road, on the uphill side. Judy Chaves, Secrets of Mount Philo. 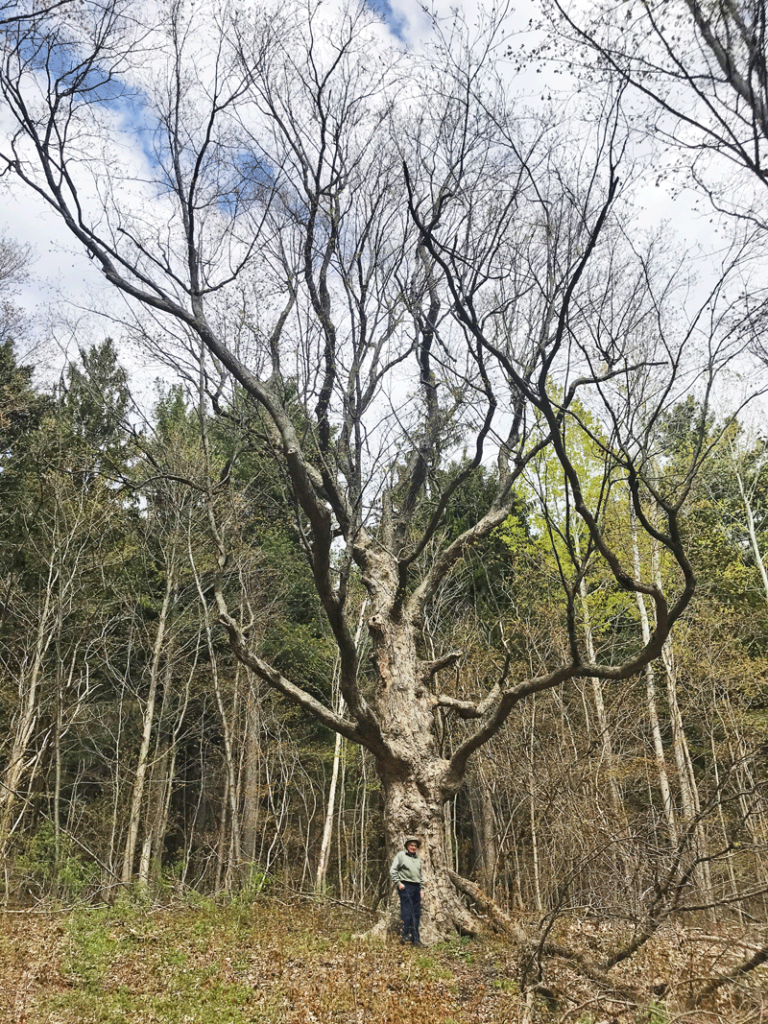 I don’t remember tales of wolves in early Charlotte, but in Berlin, Vermont, where I grew up, a wolf hunt occurred in 1803. In February of that year, 11-year-old Daniel Baldwin was walking in West Berlin when he was chased by wolves. A few days later a wolf hunt was organized on Irish Hill where seven wolves were shot. The scalps were removed and taken to the Berlin town clerk, Able Knapp, who paid the state bounty, and a keg of rum was purchased with the money.

If there were wolves in Charlotte, they had probably been eliminated to collect the bounty well before 1803; it’s unlikely that trees growing in the open after that would have been thought of as “wolf trees.”

I made the short walk up the road to the surviving tree on April 8 to measure its circumference. The tree is growing on the side of a hill and an exact measurement is impossible, but the circumference of the tree including the rough bark is 10 and 2/3 feet at a point five feet from the ground on one side and two and a quarter feet from the ground on the opposite side. This means that the diameter at this height is 40 and 3/4 inches, including the bark.