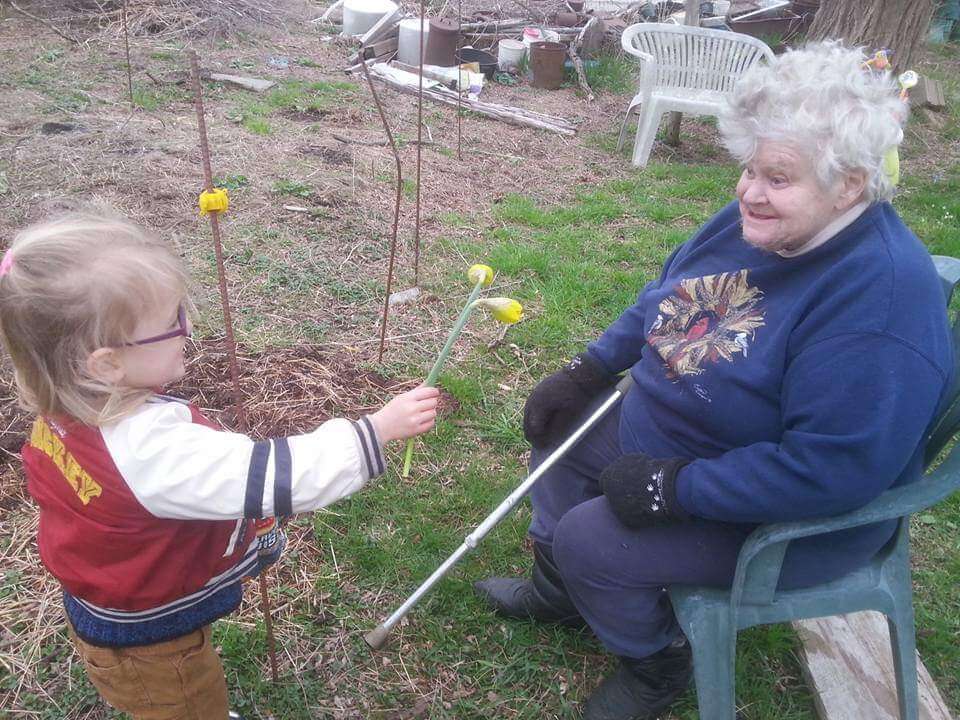 Brenda Whalley Temple died as she lived, on her own terms. Brenda passed away in her sleep, at peace and at home, on December 12, 2019. She was a force of nature, spunky, caring, generous and stubborn. She was the best.

Born in Charlotte on March 12, 1935, to Gwendolyn (Thatcher) and Richard Eugene “Gene” Whalley, Brenda was a multi-generational farmer and Charlotter. She attended the Spear School from first grade and then Foote School, Burlington High School for one year and then the Northfield School for girls (now Northfield Mt. Herman). She then headed west and spent a year at Colorado A&M (now Colorado State University in Fort Collins).

What defined her, however, was Charlotte and farming. Farming was her life. It was her multi-generational family life from 1839 when great-great grandpa bought 90 acres. Over generations it expanded to 268 acres and now is about 100.

Among other animals she raised, she bred and milked Guernsey cows. Brenda was proud to be the breeder of Guernsey cow Brenrock Lieutenant Lola, who was the grand champion at the Eastern States Exposition. Brenda was a long-time member of the Guernsey Breeders Association as well as the Charlotte Grange. She also volunteered for many years at the Charlotte Senior Center.

In 2002 the 3rd graders at Charlotte Central School did an oral history with her that revealed much about her life on the farm. Cutting ice on the lake in the winter to cool the milk during the summer. Thrashing grain in the fall for feed for the animals. In these interviews she admitted that it was all very hard work!

A tragedy struck in 2001 when her barn caught fire and was destroyed. Neighbors near and far came to help clean up and rebuild. That too was hard.

To the Charlotters who had the privilege to know her she was a sparkplug of a person. When she was no longer able to keep up with the farm, she turned her focus to her garden and her two cats, Baby Boy and Cougar. On nice days Brenda could often be seen sitting in or tending her garden, full of veggies and flowers, on the corner of Whalley and Lake.

A great many people will miss her. Her family includes her younger sister, Phyllis McCarty, of Charlotte and Holland, Vermont. Her eldest sister, Shirley Allen, predeceased her. Nieces and nephews include Chrissy, Mike and Pat McCarty, Harvey and Steve Allen and Donna Harrington (who predeceased her). Her grand niece Stacey (Harrington) Dobrowolski and her family Scott Jr., Scott III, and Kaylee Botala cared for her and were with her during her final years.

In Brenda’s honor, this year’s town report will be dedicated to her, and a celebration of her life will be held on April 18 at the Charlotte Senior Center at 2:00 p.m.