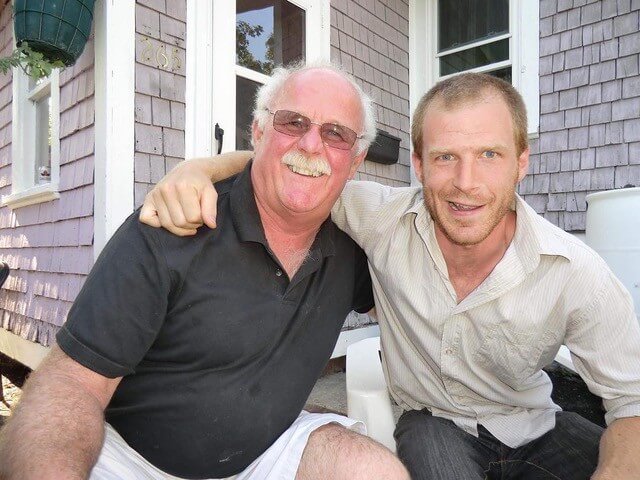 The late Roger with Alex Bunten.

Congratulations
to Britta Johnson and her husband and former editor of The Charlotte News, Alex Bunten, on the birth of their daughter, Edith Wilder Bunten, their first child. Edie was born October 2, and she is reported to have a healthy appetite and a scruffy head of hair. Congratulations to Alex Bunten also for participating through money-raising in the Movember Foundation, a group that supports men’s health — prostate cancer, testicular cancer and mental health awareness. Alex has been involved for eight years during which time he has raised $4,700 in memory of his father, Roger Bunten. Those wishing to donate should visit this website.

Sympathy
is extended to family and friends of Michael Merrill of Cornwall, Vermont, who died October 28 at the age of 81. In 1975 he and his wife, Nancy, and their family moved to Charlotte where he worked for Garden Way until 1984. He leaves behind his wife, sons Michael and Todd, and daughter, Angelina.