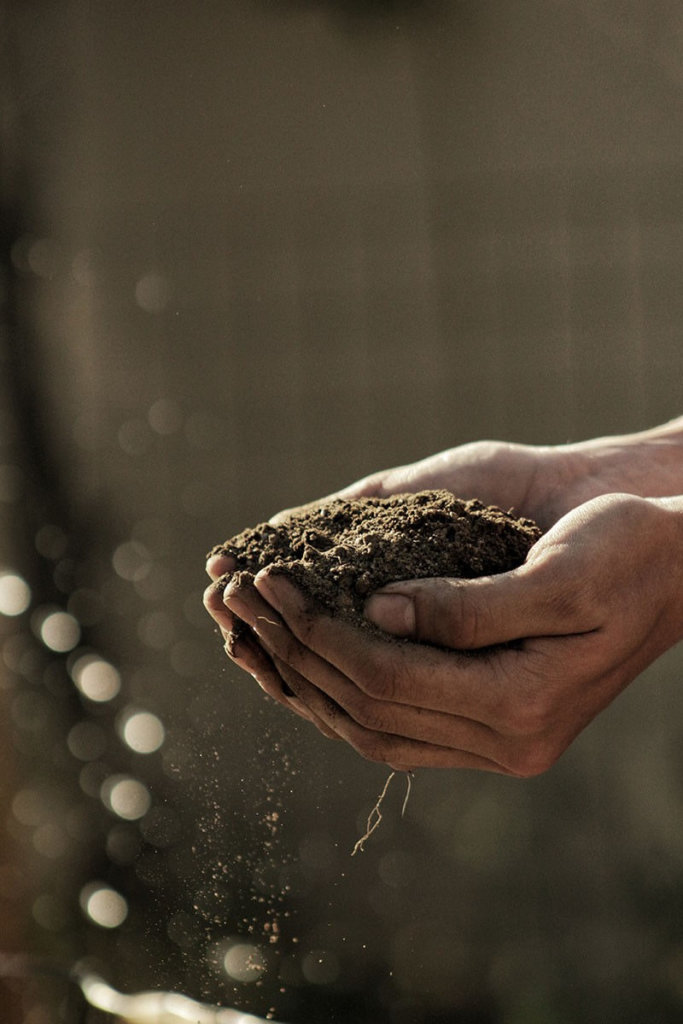 Some would argue that as a forester, it’s my job to manage trees. However, I think that the forest, the whole system, is a forester’s true responsibility. Forests include trees but also other resources like wildlife and their habitat, air, water, carbon and more. The responsible and sustainable management of forests requires you to “zoom-out” in space (to see how your actions affect all parts of forests and the broader landscape) and time (to see the long-term implications of your actions) and then zoom-in to consider and conserve all the individual resources that make the growth of forests possible. One such under-appreciated, but foundational, resource that supports healthy forests is soil.

Besides providing the physical material that trees grow in, soils provide two basic resources that trees need: water and minerals. Trees use water in photosynthesis and to transport materials up and down their stems, and use minerals like calcium and magnesium to grow and defend themselves. Too much or too little water, too few minerals or soils with the wrong pH (too acidic or too alkaline) can limit tree growth.

The size of soil particles—the little pieces that make up soils—has a big influence on soil quality. Our largest, or “coarsest,” soil particles are sands and gravels, and our smallest, or “finest,” are clays and silts. “Loams” are mixtures of different particles.

Soil particles hold on to minerals until trees can absorb them, and finer soil particles—which have more surface area relative to their volume—use their extra surface area to hold on to more. For this reason, finer soils are often called “enriched” and are able to grow trees faster. However, as those of you in the Champlain Valley know, soils with too many fine clay particles can become saturated with water, which is bad for tree growth.

Soils hugely influence the trees you’re likely to find on a given site. Species like sugar maple, basswood and white ash have adapted to do well on enriched sites, dominating where soils are moist, less acidic and more minerals are available; red oak, beech and hemlock are more competitive on sites where soils are drier, more acidic and fewer minerals are available. Most tree species can grow on a wide variety of different sites but are adapted to do the best under certain conditions.

In Chittenden County the story of our soils is dramatic. About 13,500 years ago a glacier, which had been covering Vermont, retreated northward. As the glacier melted, the Champlain Valley was filled with an enormous glacial lake called Lake Vermont and then (after about 1,500 years) a brackish inland sea called the Champlain Sea. Around 10,000 years ago water levels receded to about what they are today, but these two bodies of water had made their mark, causing tons of soil particles to be deposited throughout the Champlain Valley. In general, silt and clay were deposited in areas covered in deep water, while sand and gravel were deposited on coastlines, deltas and streams.

As a result of this, we have soils in Chittenden County that are influenced by bedrock, glacial deposits and lake/sea deposits. These diverse “parent materials”—essentially the rocks that break down to create soil particles—lead to the formation of a diversity of soils with different drainage, pH and available nutrients, which will ultimately grow different types of forests.

While much of our soils formed long ago, humans have influenced them in the relatively recent past. Historical records in Vermont describe massive soil loss, erosion and degradation in the 1800s and early 1900s, as about 80 percent of our state was converted to pasture. Further soil degradation has occurred through pollution, acid deposition and development. In the woods, poorly managed infrastructure and logging has led to soil compaction and erosion on historic logging trails throughout the county.

Healthy soils are integral to our ability to grow healthy forests. In the course of forest management it is critical that we protect our soils, from operating in areas with wet or sensitive soils only when they are frozen, to leaving lots of dead wood on the forest floor to build soil and mitigate erosion, to creating stable, well-designed and well-drained forestry roads and trails.

For more information on protecting soils in the course of forest management, check out the resources at Vermont Cut with Confidence.