Pumpkin Man is on his way out: CCS principals decide this is the last year for Halloween at school

Pumpkin Man is on his way out: CCS principals decide this is the last year for Halloween at school 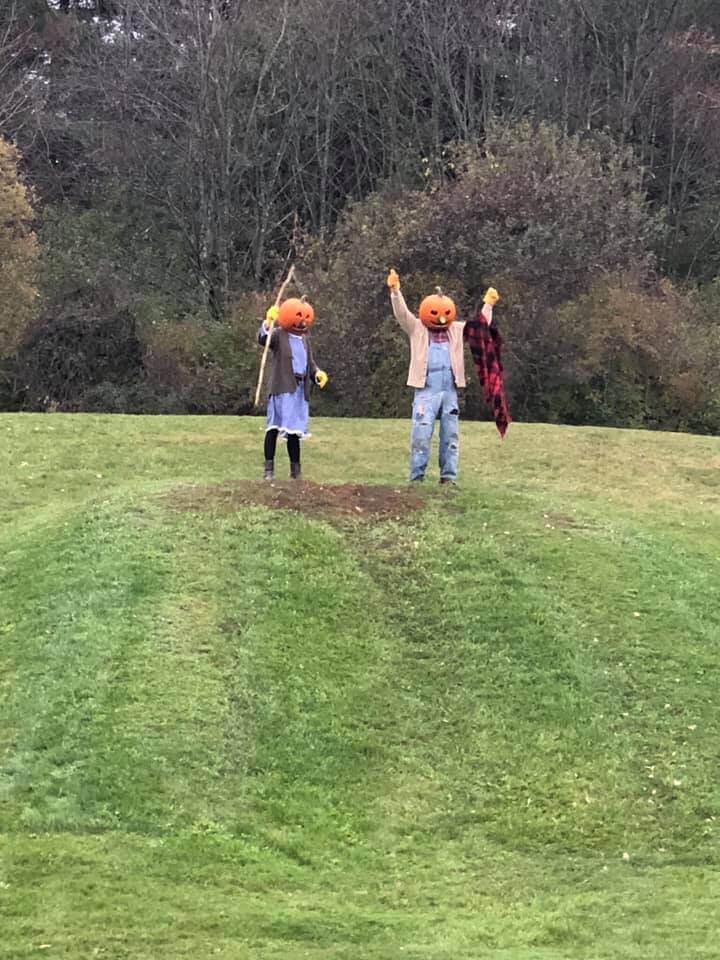 Every year since the early 90s, at the CCS Halloween celebration, students parade by grade out into the school’s back field. They gather at the far edge, uncharacteristically silent, looking expectantly at the tree line on Pease Mountain.

As it gets louder and louder, Pumpkin Man finally appears at the edge of the wood, his head a big orange pumpkin, his long yellow nose poking out, his carved grin permanently in place. He wears a flannel shirt and overalls and comes down to greet the kids. It’s a strange scene but one that is nevertheless cherished by many in the community.

This, however, is the final year for Pumpkin Man at Charlotte Central School and the last year for the Halloween parade, as well. School principal Sumner and her co-principal Jen Roth made the decision to end the 30-plus-year tradition after Oct. 31, 2019.

“There are three primary reasons for this year’s Halloween Parade being the final parade and visit from Pumpkin Man at CCS—school safety, equity for students and the purpose of an educational setting.”

Sumner cited concerns that “Many students are very fearful of many aspects of this—costumes in general, an unknown person/character emerging from the woods and parading through a sea of often disguised persons that are unknown to them.”

Sumner also said, “Many families do not celebrate/acknowledge Halloween and do not wish for their students to participate in this event. An equally important consideration regarding equity as it relates to Halloween is the socioeconomic pressures and inequities tied up in buying and/or creating a costume.”

She also noted that Halloween is not a “curricular component” and therefore not an appropriate use of the school day.

Champlain Valley School District Superintendent Elaine Pinckney said she was unaware of the decision until after the fact and that it was not a directive from the school district. “I learned about it from Jen and Stephanie when the push-back started,” she said, referencing dozens of negative Facebook and Front Porch Forum posts online. “They wanted to keep me in the loop. As a merged district, we often say that we want to get the autonomy/equity balance right. This fits in the autonomy front. That said, I support Jen and Stephanie in their decision, and I think they were very thoughtful in their roll-out.”