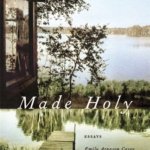 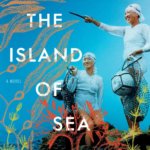 A couple of weeks ago my daughter and I took a summer’s-end jaunt up to Montreal. It was a lovely, short trip. We discovered such a good restaurant, Jatoba, that we went to it both nights we were there, saw the Thierry Mugler exhibit (but only once) that a friend of mine had raved about, and wandered around the Plateau area, as well as Old Port. On one of the afternoons, my daughter opted to rest for a bit, and I (not one for resting much) headed out to (you guessed it) a nearby bookstore (Indigo, on Sainte-Catherine Street).

Wandering the aisles, I was surprised to come upon a fresh new book by Louise Penny, A Better Man. I couldn’t believe it. I wasn’t aware that a new one had been born! But yes, oui, he is back. He has returned. Armande Gamache. Back as head of the homicide department, a job he will share temporarily with his previous second-in-command and son-in-law, Jean-Guy Beauvoir. I confess I have only just begun it, but finding this book felt like running into an old friend. “The man they saw at the door was in his late fifties. Tall, not heavy but sturdy. Clean-shaven. And while not classically handsome, he was more attractive, certainly more distinguished, than the pictures on social media that morning had led the younger agents to believe. (His) hair, once dark, was mostly gray and slightly wavy. His complexion was that of someone who’d spent hours in open fields, in damp forests, in knee-deep snow, staring at bodies. And tracking down those who’d made them…”

A Better Man is the 16th in a series of mystery novels set in the Canadian province of Quebec. I have read all of them and highly recommend the lot. They are unusual for their genre: very descriptive, with vivid and finely etched characters you will crave, when the book has ended, to meet again. I am so glad to be once again plunged back into this world (though the weather on the first few pages is nasty). Interestingly, Louise Penny is also a good friend of Hillary Clinton and opened for her a few years back at an event in Montreal, just after Hillary’s book had come out. That was another trip, another surprise…but if you haven’t ever read Louise Penny and you like mysteries, do give this series a try.

Another surprise of a similar order happened (that same afternoon) when I came upon a bright blue paperback volume by another favorite, Lisa See. The Island of Sea Women. What?! Again, I had no idea. I snatched it up, along with the Penny, began it right away and found myself quickly transported to a world so different from the ones I have known. Have you read any Lisa See? The Tea Girl of Hummingbird Lane? Snow Flower and the Secret Fan? Peony in Love? I’ve read and loved them all. Most focus on the lives of Chinese or Chinese-American women, but The Island of Sea Women is set on the Korean Island of Jeju and follows the lives of two girls (unlikely friends) from very different backgrounds, both of whom work from childhood to old age as haenyeo, female divers. Their story spans a number of decades, from the 1930s to the present. It is fascinating, violent and heartbreaking at times, and all in all, eye-opening the way it immerses one in a culture where women are the breadwinners, diving in frigid waters, subjecting themselves to all kinds of dangers, while the men watch the children.

This story begins at the end, with an old woman sitting on a beach, “a cushion strapped to her bottom, sorting algae that’s washed ashore.” I love how See opens her tale this way, with her main character all grown up, on a lonely shore, and then takes us back like a riptide to the beginning. I also love the descriptions of the diving itself—women disappearing into the inky chasms of the sea canyons in search of sea urchins, abalone, octopus…sometimes reaching twenty or more meters on a single breath, resurfacing with the sound of a deep sigh (sumbisori), hauling their prize to the boat, then taking another series of deep breaths and going back down, down, lungs full of salty air, into the cold waters once again. In temperatures that make you reach for a muffler just to think about. Highly recommend Lisa See, and this new one is terrific.

The Red Daughter is another book I discovered in Montreal (quite a store of treasures from my afternoon “dive”), mainly because it was one of the bookseller’s’ recommendations and because I noticed Jennifer Egan, author of Manhattan Beach, and Abraham Verghese, author of Cutting For Stone, had both given it good shout-outs on the back cover. It isn’t the happiest book I’ve ever read, but it’s interesting, and different, and well written. It is based on a true story, but then embellished and imbued with the author’s imaginations and thoughts.

What is true is that (as the author’s note explains), “in the spring of 1967, a young New York lawyer named Alan U. Schwartz traveled to Switzerland under CIA cover to meet a Russian woman and escort her secretly into the United Sates. The woman, Svetlana Alliluyeva, was the only daughter and surviving child of Joseph Stalin, Ruler of the Soviet Union from the mid 1920s until his death in 1953 and unquestionably among the most lethal, ruthless, and monstrous dictators the world has ever known.” The young lawyer was the author’s father. Through private papers and extensive research, John Burnham Schwartz recreates the story of a complicated, sensitive, intelligent and (understandably) troubled woman trying to do the next right thing for herself and her two children (whom she leaves behind) in a new country where she knows next to no one, balancing as best she can a future with a devastating past. Unusual, very good book.

Last but not least is a collection of essays by a local author (and a good friend of mine), Made Holy by Emily Casey. An excellent read, one that takes you into the author’s thoughts and memories, her childhood and life as a wife and a mother, and leads you onto icy Minnesota ponds and wooded paths and dad-made log cabins, all the time reminding you how complicated and deep and rich being a human being really is. Mothers, fathers, siblings and cousins make appearances, along with the darkly shimmering thread of the family disease of alcoholism—all steeped somehow in gorgeous, evocative, healing, grounding descriptions of nature and how the author is so profoundly connected to and shaped by it.

I happened to be reading this book recently when I visited southern Vermont, where I grew up, to do a wedding and spend a night at my parents’ house. It was an even shorter jaunt than the one my daughter and I took to Montreal, but it gave me some time to visit with my parents and walk in the woods, fields and hills of the land where I spent the first two decades of my existence. Casey’s book opened me up to depths and nuances I might have skimmed over had I not been reading it at the time. It is a brave, honest and inspiring work that I found challenged me to go deeper, to surrender just a little more to the vastness of memory and what it means to belong and to be here, fully, now. It rooted and expanded me in ways difficult to describe. It is a book that probably should be read more than once. Excellent. Highly recommend.