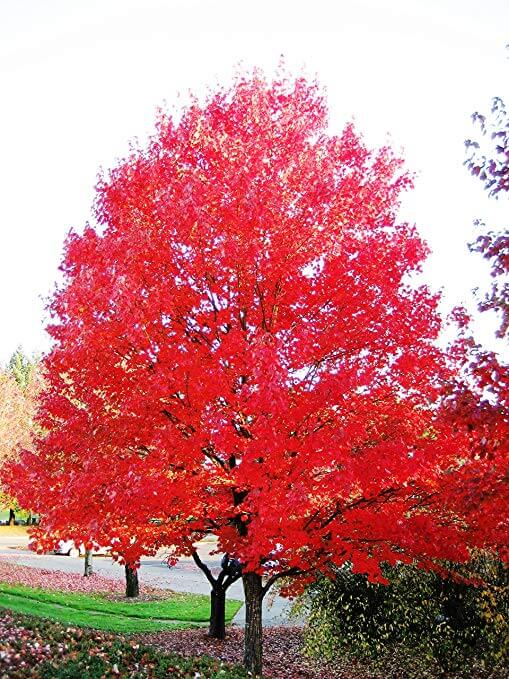 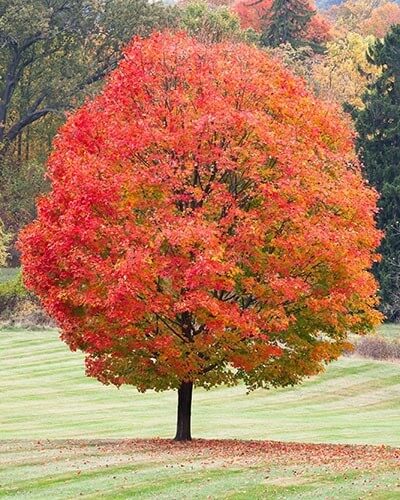 It is difficult for many people to distinguish between sugar maple (Acer saccharum) and red maple (Acer rubrum).

The bark and leaves of these two trees have stumped plenty of us, leading many to just call them both “maple.” This wouldn’t be such a big deal if both species weren’t so abundant—according to the US Forest Service sugar maple and red maple are the two most prominent tree species in Vermont by volume—and so different; these two species grow on different sites in different ways and have different commercial value and applications. These distinctions have real and important implications for our forests and how we manage them.
The first way that these trees are distinct is in how they grow. Foresters often describe trees by “shade-tolerance,” their ability to survive under differing levels of sunlight exposure. Sugar maple, along with beech and hemlock, is “shade-tolerant,” capable of surviving and even growing under a relatively dense canopy and with little direct sunlight. Conversely, red maple, along with trees like yellow birch and red oak, is considered a “mid-tolerant,” capable of tolerating only moderate amounts of shade.

While they often co-occur, sugar and red maple differ in where they “like” to grow. Sugar maple is considered a “rich-site” species, most likely to be found where soils are rich in calcium and other nutrients, often growing with basswood and white ash. Red maple, by contrast, is a generalist, able to occupy a range of different sites, from growing with red oak and beech on dry, acidic sites to growing with black ash in wetlands and everywhere in between. It is also associated with some “pioneer” forest types—areas transitioning from field to woods—accompanied by white pine, aspen/poplars and white/gray birch (some of our “shade-intolerant” species). Red maple’s flexibility means that it may become more abundant as our climate changes and our pickier species—like sugar maple—are less able to adapt.

Sugar maple is called “hard” or “rock” maple due to its very dense, hard wood, while red maple is called “soft maple” for its comparatively light, soft wood. Still considered a relatively high-value tree, red maple lumber is used for flooring, furniture-making and other applications, but sugar maple lumber is generally considered more desirable in appearance and is more valuable. Sugar maple’s highest commercial value is realized when large, defect-free logs are used for “veneer,” peeled into sheets as thin as 1/40 of an inch which are fixed to woods of lesser value. You’ve probably seen sugar maple veneer on your tables, desks, doors and cabinets. Both maple species make excellent, high-BTU firewood.

Maple sugaring is another important commercial use for sugar maple and, yes, even red maple. Maple syrup production has exploded over the last 15 years in Vermont; over that time our average annual maple syrup output has tripled (from around 600,000 gallons a year in 2000 to around 1.8 million gallons a year in 2017) and our number of taps has increased from around 2 million to around 5.5 million.

Sugar maple has traditionally been the primary species tapped for syrup, but red maple is increasingly used. Both species produce sap of similar quantity and quality, but sugar maple sap is usually slightly higher in sugar content, capable of producing lighter, fancier-grade syrup than red maple (though sugar content in sap varies widely from site to site).

Once you understand how different these two tree species are you can understand why differentiating between them is so crucial, whether you are a forester, landowner or naturalist; they are both important ecologically and commercially but fill very different niches, which has implications for their management. As a result, we should treat them differently, and stop just calling them both “maple”!

For more info on differentiating between these species, check out A Beginner’s Guide to Recognizing Trees of the Northeast, by Mark Mikolas.