Matthew Zahn and Angela Sako wed on May 26

Matthew Zahn and Angela Sako wed on May 26 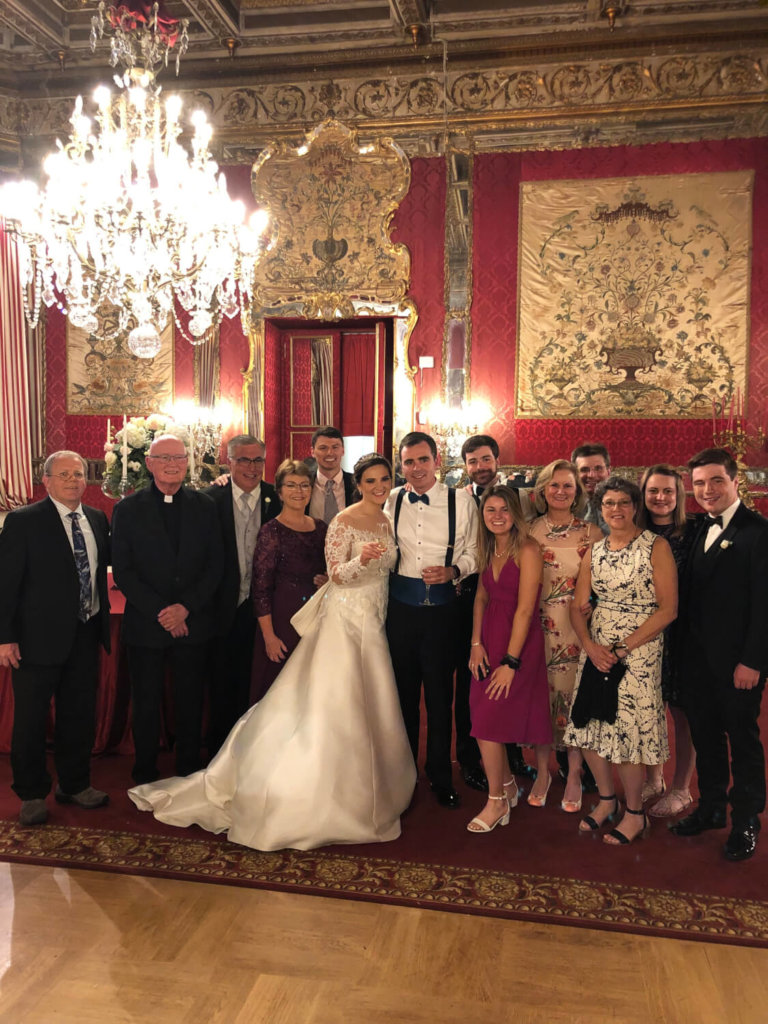 High on the Capitoline Hill above the Forum in Rome, Matthew Zahn and Angela Sako exchanged wedding vows on May 26, 2019.  The Sacrament of Holy Matrimony was celebrated by Fr. David Cray, SSE at the Basilica di Santa Maria in Ara Coeli, also known as the Altar of Heaven.  Fr. David is from Matthew’s home parish, Our Lady of Mount Carmel in Charlotte, VT. A reception at the Palazzo Brancaccio followed.  The Palazzo was used as the set for Audrey Hepburn’s embassy in the movie Roman Holiday.

Matt and Angela met at George Washington University in their freshman year. They both graduated magna cum laude in 2015, Angela with a BA in International Affairs and Chinese Language and Literature, and Matt with a BS in Economics and Political Science. Angela went on to receive a Masters of Public Policy in 2017. Matt is pursuing his PhD in Economics at Johns Hopkins University. Angela is employed by Deloitte as a Senior Consultant. Angela is the youngest daughter of Gjinovefa and the late Mirosh Sako, of Tirana, Albania and Washington DC. Matt is the eldest son of John and Susan Zahn of Charlotte.

Following a honeymoon in Sicily, the couple returned to their home in Washington DC.