Some good reads for your listening pleasure

Some good reads for your listening pleasure 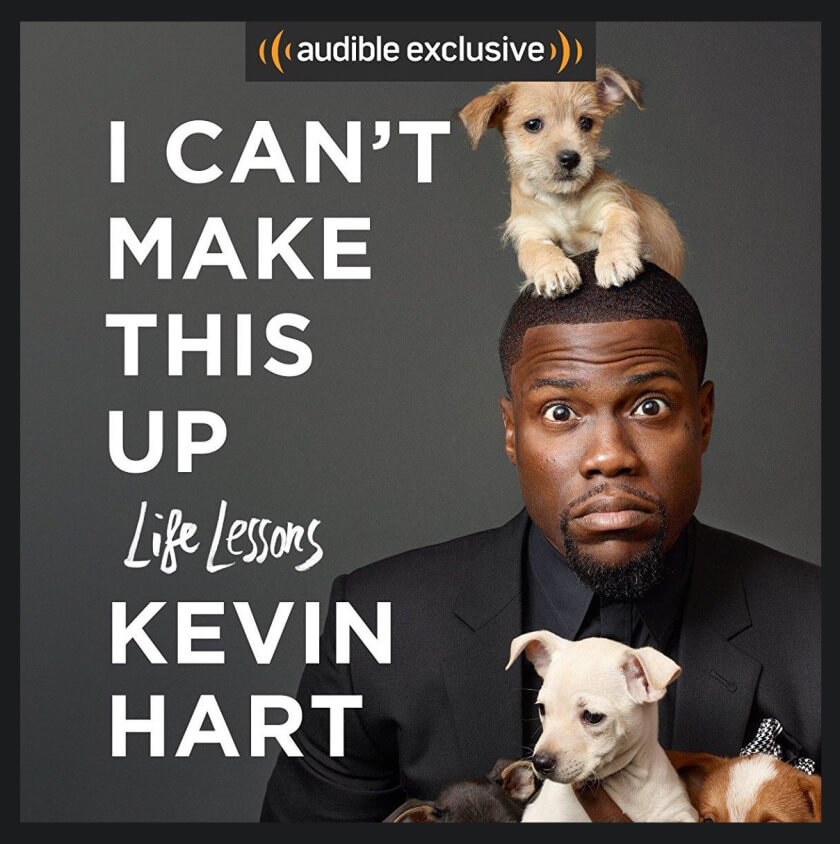 I don’t know what there is about Kevin Hart. I just love him. Since I first encountered him in the movie, Get Hard (my kids laugh at me for how much I went so crazy over that movie), I can’t get enough of him. I mean it; I love him. Imagine my delight when I discovered that he had written a book, I Can’t Make This Up: Life Lessons.

I confess that I didn’t actually read this book, I listened to it; and I would highly recommend that others do the same. It’s narrated by the author, and what could be better than that? The only trouble with listening to it is that I have no pages at hand from which to pull some of the author’s own words. But please trust me, this book is excellent. Elle called the book “hilarious and heartfelt,” and I couldn’t put it better myself.

The story begins in North Philadelphia, where Hart was born to two parents who really didn’t want him and were pretty much done with each other, as well. His father was a drug dealer, often in jail. His older brother was a drug dealer and a thief. And his mother (who did the lion’s share of raising him) was jaw-droppingly strict, yet (spoiler alert) he does a whole lot of thanking her near the end. Out of this dubious and difficult beginning sprouts this unstoppable and unique dynamo of humanity who makes his way, step by step—selling shoes, telling jokes, being outrageous, lucking out, making friends, failing miserably, losing friends, performing tirelessly over and over and night after night at various comedy clubs, working hard hard hard—toward stardom.

Today his tours sell out football stadiums and his movies have made billions. Hart talks (and shouts) us through the story of his life with non-stop humor and big enthusiasm, and despite all his extravagant and ebullient grandiosity, a generous dose of humility and compassion for others is sprinkled throughout. “These are the stories behind the jokes,” Hart writes in the Introduction, “and a few lessons I’ve figured out about life, success, family, and relationships along the way. Actually, I’m still working on the relationship part but the rest I got down.” Kevin Hart is The Man. This book is excellent. Funny. Inspiring. Listen up! 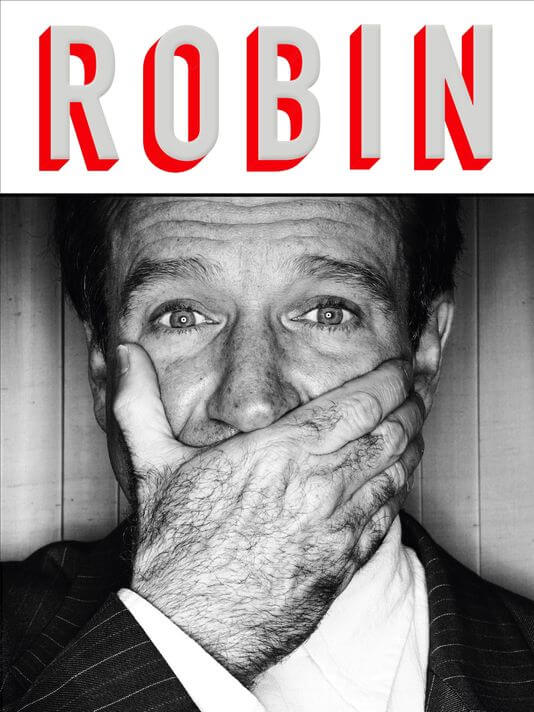 I actually don’t know what’s gotten into me lately, but another book I’ve been listening to these winter days, as I drive back and forth from here to there, is the story of another big star. (I’ve been really Hollywooding lately, I guess…) I have never been a huge Robin Williams fan. I mean, I always liked him fine and have certainly appreciated, at least to some degree, his work over the years (especially his role in Mrs. Doubtfire, one of my favorite movies), but two people whose opinions on books I value and whose taste I tend to share recommended this biography of Williams, Robin—the one by Dave Itzkoff, not to be confused with the numerous other books about Robin Williams that are out there.

It’s excellent, and provides a heartwarming, heartbreaking, eye-opening window into the life of a truly extraordinary (and I really do mean extra-ordinary) member of our species. The more I learn about Williams (I am not yet done listening to this one), the more intrigued I become by his crazily innovative riffs, his ability to spontaneously draw on literature, modern culture, slang, history, politics at the drop of a hat, his frequent inability to stick to a script without spinning out in a frenzy of improvisation—and the more fascinated I become by the rich and complex human being who lived and breathed behind the many masks, riffs, characters and personas he donned and dwelled in over his lifetime.

Williams was kind, complicated, beloved, melancholy, romantic and manic. He was a genius; sometimes addicted, sometimes depressive; mesmerizing, and sometimes crazy-making. I was particularly interested to learn about his childhood. He had a strict, disciplined dad and a mom with a sparkle in her eye and a lovely way about her, which (I know) is way oversimplifying things, but that’s just me trying to keep down the word count. Though he often spoke of himself as an only child, it was true that he was the only child of his particular mother and father; he has some half-siblings. Thus, he spent a good deal of time alone, playing with his armies of toy soldiers, making up dialogues, battle scenes and back stories in a solitary attic room of the large house where his family lived for a time.

This is a really interesting, well-developed and well-researched book. It’s quite detailed, but not at all boring; and it’s long, but not too long. When I am done, I plan to go back and watch some of the movies I have seen before and didn’t fully appreciate (as well as watch some I have never seen), now that I know more about the man and what drove him, and what he loved and feared and wanted and disliked, and how it all played out for him over time. I am so sad to know how the story ends, but I am not there yet. If you like biographies, I recommend this highly. The Audible version is very well read by Fred Berman.

In keeping with the general movies/showbiz theme here, I also read this past month a book whose movie counterpart I had already seen. Often I find that I far prefer and value the book over the movie, but in this case, I really loved book and movie equivalently. (A high school math teacher once told our class that the word “equally” is inaccurately and over used, and that the more accurate word would, in most cases, be “equivalently,” which means: nearly, but not exactly, like.) The Hate U Give by Angie Thomas is a young adult read (but don’t let that deter you adults from picking it up), narrated by a 16-year-old girl/young woman named Starr Carter, who lives in a poor black neighborhood and goes to school at a fancy suburban prep school where the students are mostly rich and white.

I don’t want to spoil the story for anyone who has yet to hear it, so I will leave it at that, but both book and movie do a great job taking on issues of race, income disparity, police brutality, death, courage, the importance of family and community, and telling the truth to power. The movie made me cry. The book is a blockbuster. A classic. Highly recommend.

Last but not least, I want to mention another book I have read recently: We All Loved Cowboys, by Carol Bensimon (translated from the Portuguese by Beth Fowler). This is a very unusual read. At first, I couldn’t quite wrap myself around it—it seemed so odd and bleak, somehow—but just a few pages into it, I found I could not put it down.

The plot is rather spare: two friends reunite for a road trip through Brazil. Sounds simple enough, but it’s really not simple at all. Over time, as the two women travel across the countryside visiting obscure, off-the-grid Brazilian towns and villages, their friendship is revealed, little by little, as having a complex and unresolved history. The author conveys well the anxiety, mystery, shifting power dynamics, and subterranean dramas that are part and parcel of certain relationships. Discomfiting, poetic, resonant, haunting. I loved this book. “I was driving. Julia had her feet on the dashboard. I could only look at her occasionally. When she didn’t know the words to the song, she hummed instead. ‘You’ve changed your hair,’ I said, glancing at her bangs. Julia replied: ‘About two years ago, Cora.’ We laughed as we climbed into the hills. That was the start of our journey.” I recommend this one, highly.

Well, that’s enough for now. It’s late and I can feel sleep tugging at me. Tomorrow, hopefully some cross-country skiing. I love snow, and you really have to seize the day when we have some, it seems. Hope you are all enjoying these late winter/early spring days. Before you know it, we’ll be paddle-boarding and complaining about the heat. Meanwhile, happy, happy reading, and very best wishes. Oh, and, as Kevin Hart says, “If life gives you s*&^t sandwiches…don’t open your mouth.”