Exactly what I needed

Exactly what I needed 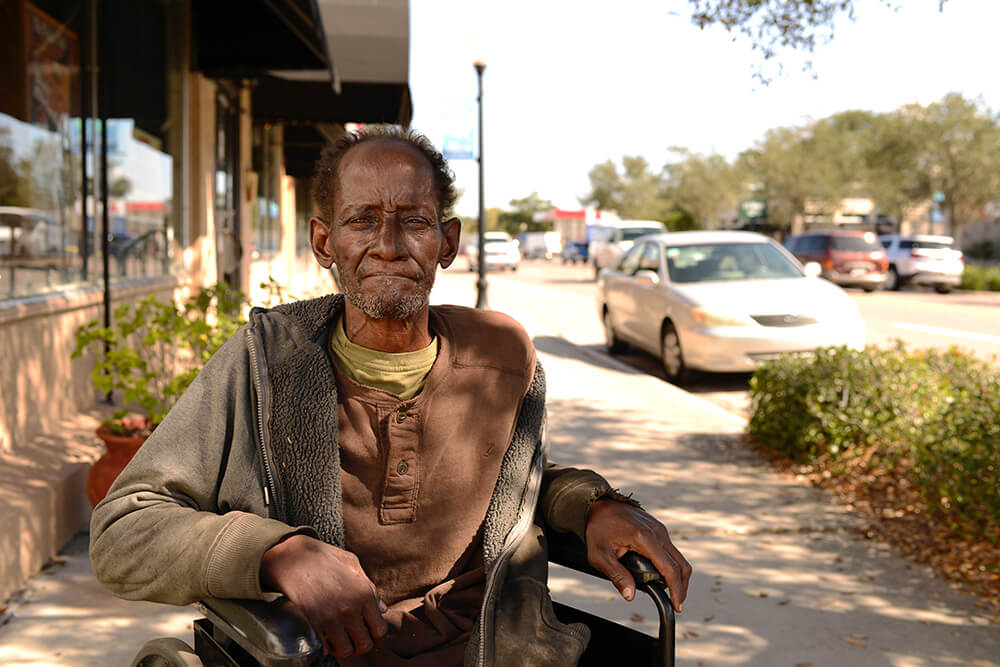 My daughter, Coco and I did something kind of spontaneous last week. Weary from the persistent cold, tired from the many challenging circumstances of my life, I booked us a very short trip to Florida. Risky, I know, to attempt such a short getaway, but I didn’t think much could go wrong.

Actually, I guess what happened was that I didn’t think, at all.

We boarded on Wednesday night, just in time for the ice storm that sent cars skidding off the road all over Burlington. And we were grounded just long enough to miss our connecting flight from D.C. to Orlando. Naturally, there was a long line to navigate in Washington to rebook, so that by the time we got to a hotel to sleep, we had about three hours before we had to rise and return to the airport for our now 6 a.m. flight to Orlando … via Newark.

Boarded and ready to feel that southern sun, Coco and I listened in disbelief as the flight staff told us there was no pilot, that the pilot was “sick,” the first in a series of lies we were fed that morning regarding the lack of a trained flight professional that ultimately led to us missing our Newark flight.

Another long line, another sad story. By then we had two choices: admit defeat and return to Vermont or press on regardless to Orlando via … Houston!

Here was where tragedy turned to comedy and back again in the blink of an eye. When we landed in Houston I turned my phone on and learned that not one but two of my dear friends back home had had heart “events.” Heart attacks, basically. And here I was in Houston wondering what the hell was happening, having forgotten the reason why we needed to get out of Vermont in the first place.

The thing I’ve learned, though, in my years as a pastor, as a chaplain, as a person who is in close proximity to suffering every single day of the year, is to look for the miracles. When the going gets tough you really have to put the God goggles on and look carefully for the beauty, otherwise it’s all too much.

My luggage made it. A miracle.

The cottage I found on Airbnb was adorable and the kind hostess had left us drinks and snacks. A miracle.

It was eighty degrees and sunny. Beyond miraculous.

Coco and I got right to work, bathing suits on, books in hand, outside we went to the pool the owners so graciously shared with their guests. Our hostess and I hit it off right away, talking about our kids, about winters, about church, about her former life in Chicago, where to have supper.

When we were done figuring every single part of life out, she went back into her house and came out with a small leather book and handed it to me. “I have a copy of this and I want you to have this one,” she said. It was book of daily devotions, and when I opened it to the first page, the first day of the year, there was a quote from my very favorite part of the Old Testament: the Book of Jeremiah. It’s about plans and hope and the future. It was just what I needed. You know when that happens? When someone or something shows up, seemingly out of the blue and you think…how did they know that that was exactly what I needed?

Day two and our only actual day in the south. Coco and I had a terrific breakfast and then walked all over the place, laughing. She’s got the greatest sense of humor and 14 is a magical age (most days). We sniffed out, as we always do, the nearest thrift shop, and while she was inside shopping I sat outside in the sun and took pictures of the people who came by. My camera does that, it gives me entree into conversations with perfect strangers. I often ask…may I take your picture, and most people are happy to oblige. That’s how I come to hear stories and learn a little bit about the place I’m visiting. That was how I met Leon on my second day in Florida.

Leon was in a wheelchair and I could have easily pegged him as an alcoholic homeless man. He asked for money and I found myself in that familiar place of not wanting to give money to someone I thought was going to spend it on booze. So I got down low and talked with him a bit.

He told me he had grown up in Florida. He told me about the farmland there and what it was like to run through those fields when he was a kid. I didn’t ask him how he ended up without legs, in a wheelchair on the streets. He looked right at me when we spoke and he asked me questions about my life. I told him I was a pastor and that I had once had a drinking problem. To which he responded, “well, I was gonna go buy some beer with that money, but I need pants, so I’m gonna get some new pants.”

It’s funny how the whole pastor thing does that to people. “Trust me,” I told Leon, I’m not keeping track of what you’re doing, there is no Naughty or Nice list where I come from. If you need a drink to get through your day, it’s OK, but try not to drink too much.”

“No, no,” he said, “I’m gonna buy some pants.” I didn’t believe him, but it didn’t really matter. I was happy to have met this lovely man and perhaps to have helped him a little. Wouldn’t you know it, though, a little while later Coco and I were cruising the aisles at the Goodwill on the next block and there he was, Leon, talking to one of the sales people, asking for help with the jeans.

We left Florida on Saturday morning and little did we know that we were on Frontier Airline’s inaugural non-stop flight into Burlington. The press was there when we arrived; there was a table filled with treats at the gate and balloons in every direction. Truly, a party thrown in our honor. We were home. Just in time for another six inches of snow.

In addition to being one of the editors at the News, Melissa is the pastor of the Pawlet Community Church in Pawlet, Vermont, and a student at the Fordham School of Religion and Religious Education. To read more stories from Mellisa O’Brien you can order her book on her website.